At the end of the winter meeting wouldn't this be a nice way to celebrate CC signing a contract with us? With Casey Blake signing his deal, the True Blue tagline needed to be updated. For now I've gone with "CC or Bust". Once we fail to sign him we will have to take a look at the roster and see how clever we can be. Suggestions are welcome. 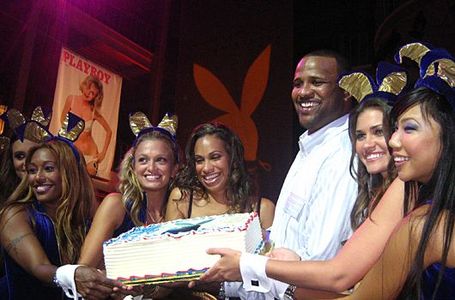 LAS VEGAS -- The Dodgers and Angels have expressed varying degrees of interest in free-agent left-hander Randy Johnson, agent Alan Nero said today, but it will probably be several weeks before the 6-foot-10, 45-year-old left-hander signs.

"Ned [Colletti] keeps saying they have to clear the deck," Nero said, referring to the Dodgers general manager. "My discussions with the Angels have been more peripheral. At this point, there are five teams that want CC Sabathia. What are the other four going to do?"

Dodgers sign Mark Lorreta according to Ken Gurnick of MLB.COM.  The terms being reported are one year at $1.4 Million.

Jayson Stark says it is offical, we now have Blake

So our infield is starting to shape up. As of right now it looks to be

So two holes have been filled. Still looking for a SS or a commitment to Hu/DeJesus , a starting pitcher, decision on Saito,  what to do with Manny, and the Pierre contract who has asked to be traded.

This  means the last of Nomar in a Dodger uniform and while his time here was punctuated with injuries he had some big walk offs for us.

Lots of work still to be done but this is a good baby step for 2009.

Tom Verducci reports that Furcal is now No 1 priority

Diamond Leung reports that the Dodgers have signed Hector Luna

Colletti said the Dodgers had some interest in free-agent closer Trevor Hoffman, but only if the club doesn't offer a contract to Takashi Saito, who battled elbow problems this season and whose health remains a question. Saito, who will turn 39 in February, made $2 million last season and is eligible for arbitration. But the Dodgers are highly unlikely to go to a hearing with him if he doesn't agree to terms.