Colletti on Manny: Whatever it takes

Share All sharing options for: Colletti on Manny: Whatever it takes 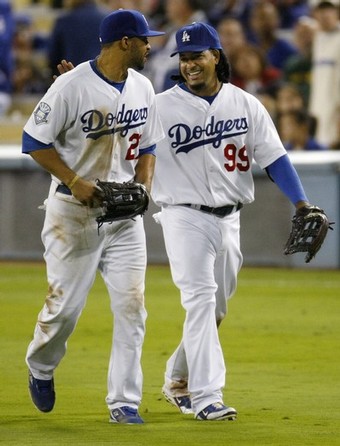 Manny and Bison, planning a 2009 reunion? via cache.daylife.com

Dodgers' general manager Ned Colletti was a guest on "Hot Stove" on the MLB Network today, and most of the conversation was about free agent Manny Ramirez.

There wasn't a lot of news, but I thought Colletti had a few telling quotes.  When asked if the Giants' rumored interest in Ramirez provided any extra oomph to the rivalry, Colletti said:

"We want him bad enough that I don't know if it makes much difference who else is going to get involved."