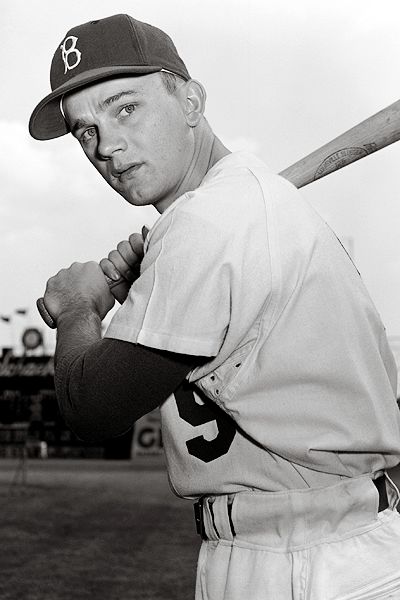 from Getty Images, via ESPN.com

News came out today that former Dodger Don Zimmer suffered a stroke in December.  Zimmer, who servers as a senior baseball advisor for the defending American League Champion Tampa Bay Rays, expects to be back at his job by spring training.

Zimmer has always had a reputation for being a tough guy, so this should come as no surprise.  As a player, he suffered some horrific beanings due to his propensity for standing right on top of the plate.  However, he repeatedly came back from those injuries.  Zimmer was the Dodger shortstop directly before Maury Wills came aboard and ran away with the job.  And who could forget Zim's epic and ill-fated battle with Pedro Martinez in the 2003 ALCS?

Zimmer's attitude can best be summed up by what he told Marc Lancaster of the Tampa Tribune:

If history is any guide, Zimmer will be his old self by this season.  And baseball will be better for it.