A Great Night At Dodger Stadium

Share All sharing options for: A Great Night At Dodger Stadium

What a great night it was last night at Chavez Ravine.  Thanks to everyone who came for True Blue LA night, a game when it was scheduled we thought would have no real meaning.  It was a pleasure meeting those of you I hadn't yet met, and it was great to see old friends as well.

Steps number two and three on the 2009 Dodger checklist is now complete.

I'm here at the stadium this morning, covering the game.  It is Joe Torre tradition on the final game of the season to let his players manage the game if it doesn't matter in the standings.  As soon as I find out who the manager and pitching coach are for today, I will pass that along to you.  My guess is Mark Loretta and Brad Ausmus.

There are a few reporters from Philadelphia here, no doubt getting some advance stories for their first round playoff opponent, which is now the Rockies.  I haven't seen any reporters from St. Louis just yet.

Here are some photos from last night:

It was Star Wars night as well: 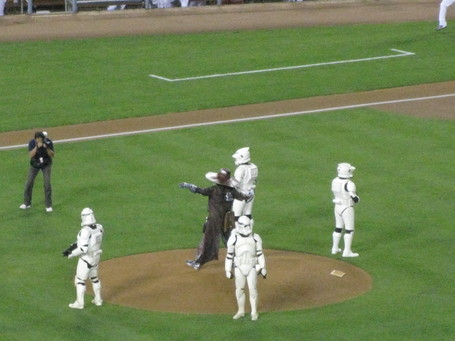 Jonathan Broxton closed out the ninth with ease 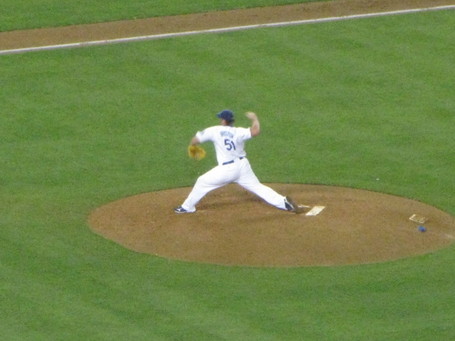 After the flyout to Andre Ethier to end it, the scoreboard told the story 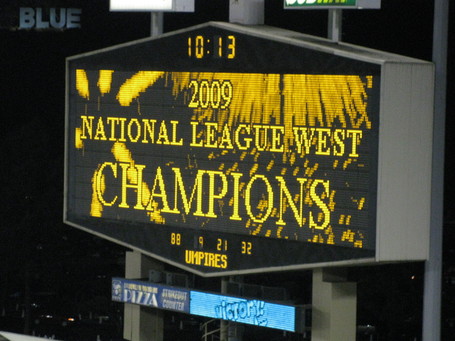 Then it was celebration time 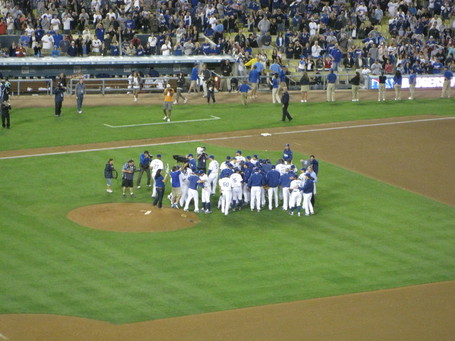 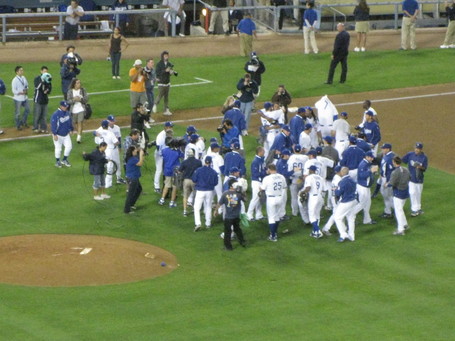 after the players went into the locker room, they came back out for more celebrating 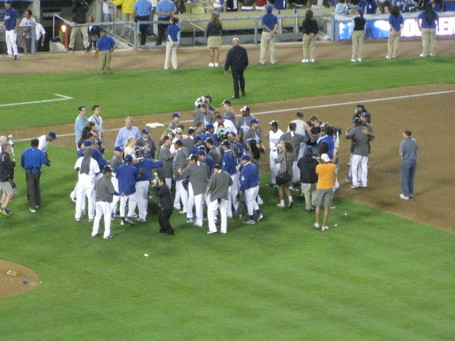 Ethier made the rounds with fans 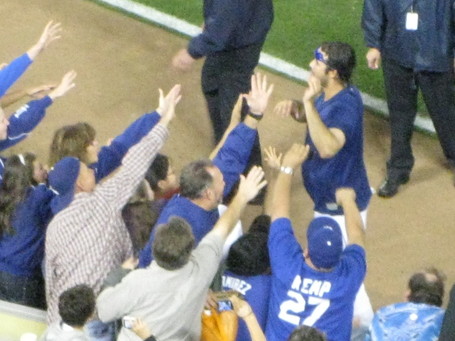 Ned Colletti got doused with champagne (is that a dour-looking Scott Boras behind him?) 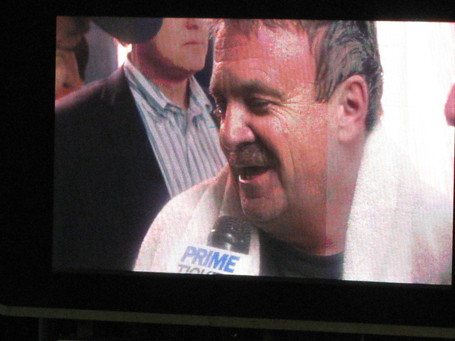 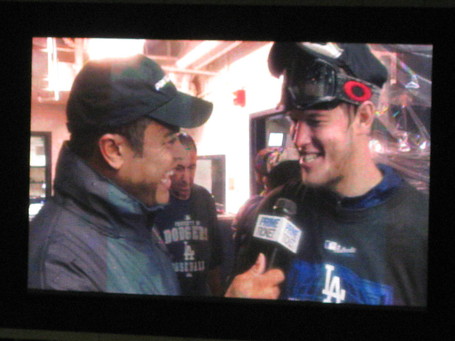 Then it was Beast Mode time for Juan Pierre 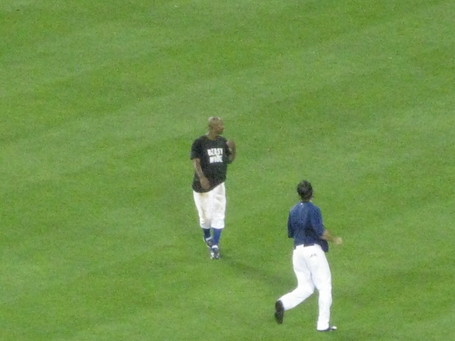 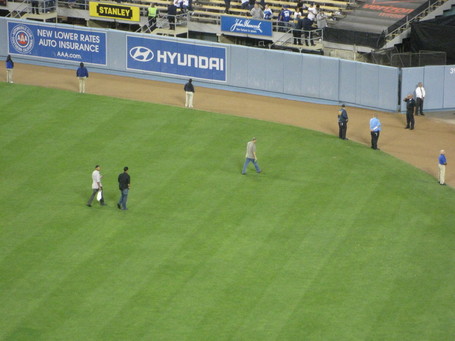 Just in case you forgot who the Dodgers play next 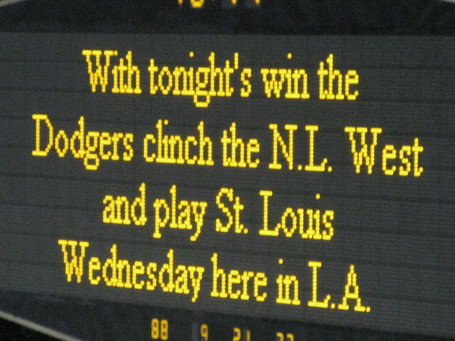 Phil took some more pictures, and he will post them soon.  Again, thanks for everyone for coming to the game, and thanks for contributing here and making this a great site to follow the NL West champs.