The regular season finale is finally here.  I expect there to be a lot of regulars resting on both sides today.  Vicente Padilla will face Jason Marquis.

Brad Ausmus is the Dodger manager for today's game.

With a win, the Dodgers would have 50 home wins, their best record at Dodger Stadium since 1991.

Here is a list of all National League West division winners since 1969:

Here are some notes from Joe Torre's pregame meeting with the media: 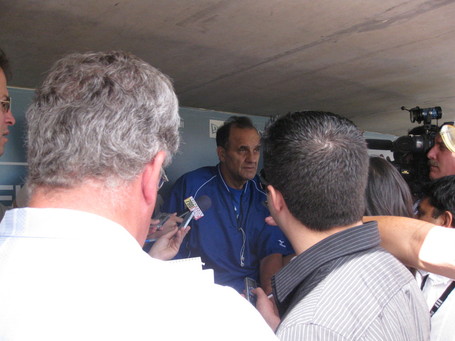