Share All sharing options for: Eric Stephen Pops the Cork 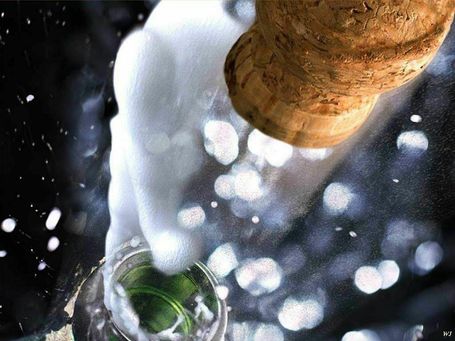 One year ago yesterday TBLA hit the big time when Eric Stephen penned his first TBLA column showing off his affinity for mixing music and baseball to make his points.  Things haven't been the same at TBLA since Eric took over TBLA and as an editor and fan I just want to thank him for all his hard work, good humor, and patience.

I've made alot of bad decisions in my lifetime but this time I got it right. Usually hindsight is used to show when someone made the wrong call but when SB Nation told me that TBLA needed some new blood I never thought of anyone else, and for once I hit it out of the park.   Luckily for all of us, Eric didn't hesitate to say yes and quickly established that he could bring his humor and knowledge on a daily basis.  Hard for me to describe how lucky I feel to work with him, we agree on many things in the Dodger world, and in the bigger world but when we have disagreed it has always been with respect that we sort things out.

Congratulations on one year Eric, won't be long before Stephen Colbert is including you when he does his "better know a Stephen" segment.