The baseball winter meetings begin in Indianapolis on Monday.  The Dodgers don't figure to be very active, at least not on big ticket items, so let's go back to one of the most momentous winter meetings in Dodger history.  On this date 36 years ago, December 5, 1973, the Dodgers traded their longtime star center fielder Willie Davis to the Expos for this man: 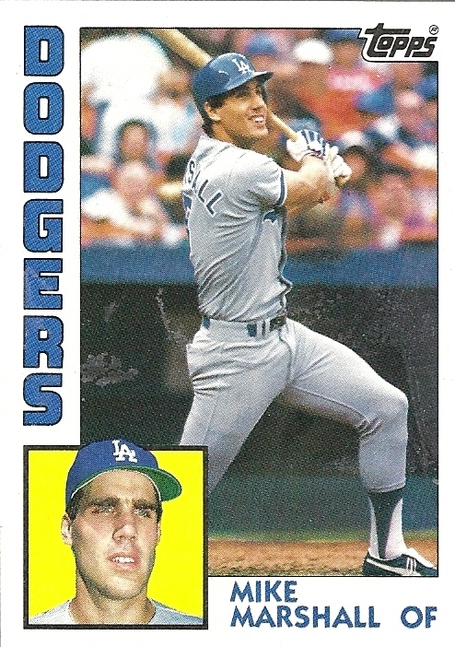 No, not that Mike Marshall.  This one: 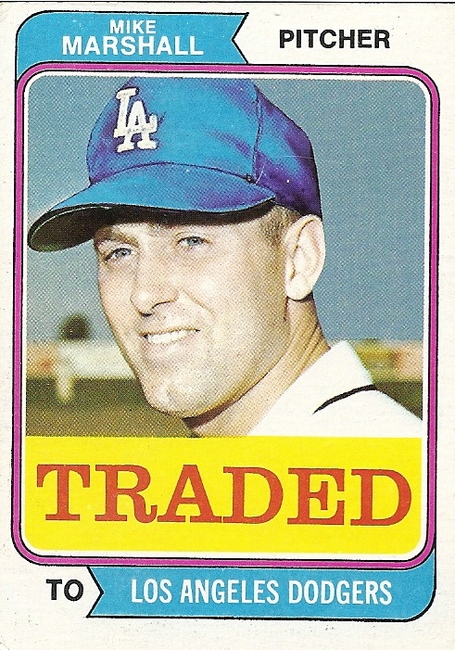 Willie Davis was coming off of an all-star and gold glove winning season, and was the last link to the three Dodger World Series teams of the 1960s: 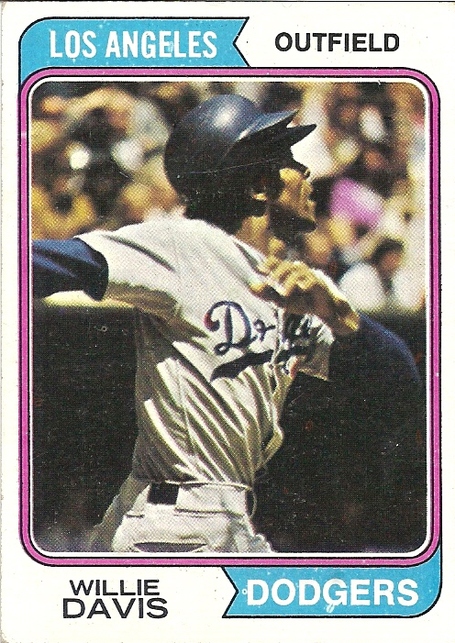 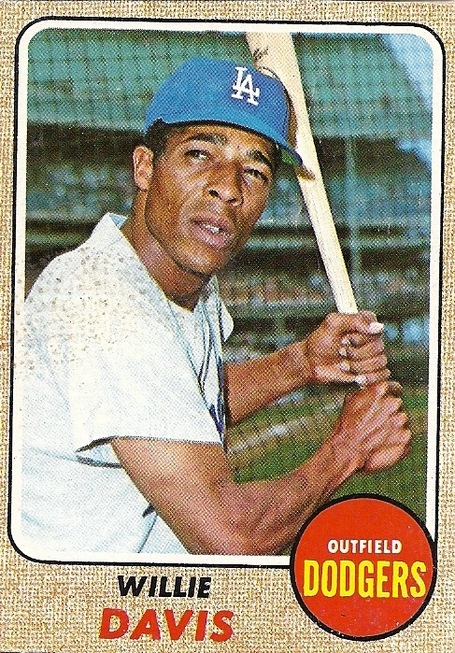 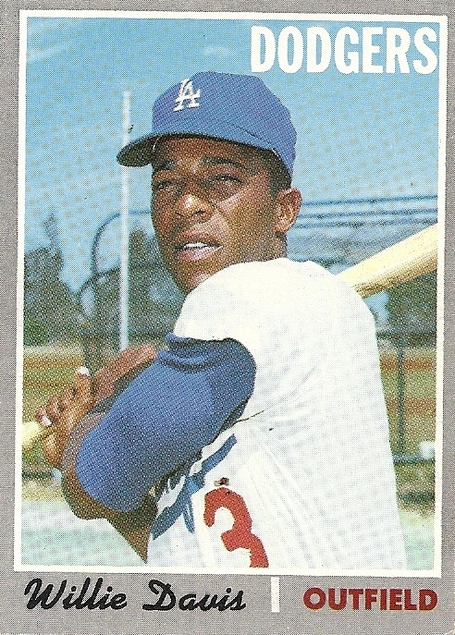 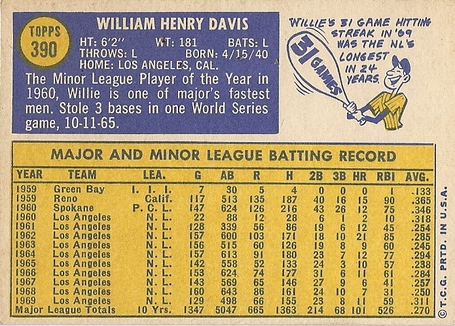 Did I mention "Willie has appeared in movies and on television"? 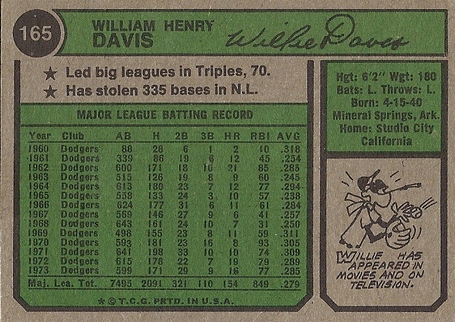 As far as I'm concerned there's only one centerfielder in the league, and I've got him.

To get Davis, the Expos gave up Mike Marshall, or Dr. Marshall if you prefer.  Marshall was coming off a fine season in 1973, in which he set records by pitching in 92 games and 179 innings in relief.  The 30-year old Marshall finished second in the NL Cy Young voting to Tom Seaver. 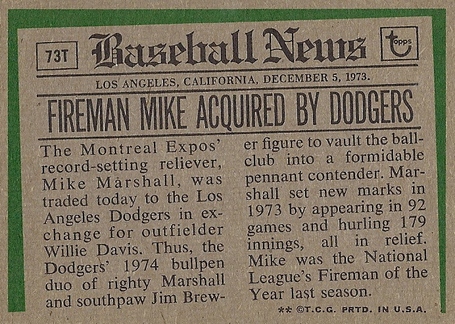 "Fireman Mike," as Marshall was called by Topps, would have an even better season in 1974, surpassing his own records in games pitched (106) and innings pitched in relief (208.1).  Marshall finished an amazing 83 games for the pennant winning Dodgers, including pitching in a record 13 straight games at one point. 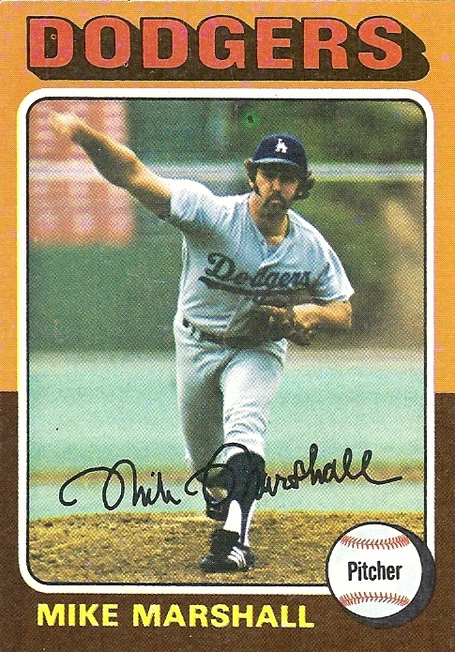 Marshall easily beat out teammate Andy Messersmith for the 1974 Cy Young award, the only time Dodgers have finished one-two in the voting. 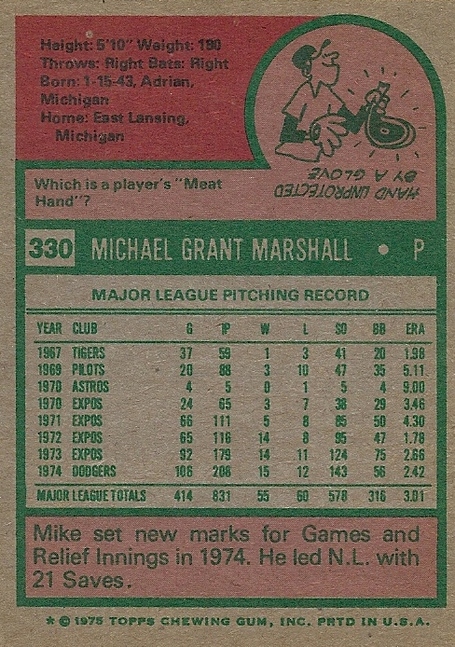 By the way, did you know which hand is a player's "meat hand"?

Flashing back to the 1973 winter meetings, the Dodgers' vacancy in center field didn't last for long.  Just one day after the December 5th Davis-for-Marshall deal, the Dodgers sent Claude Osteen, their leader in wins in 1967 (thanks Topps!)... 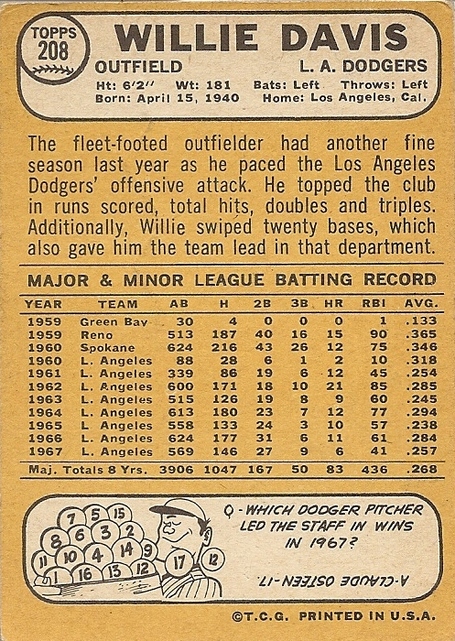 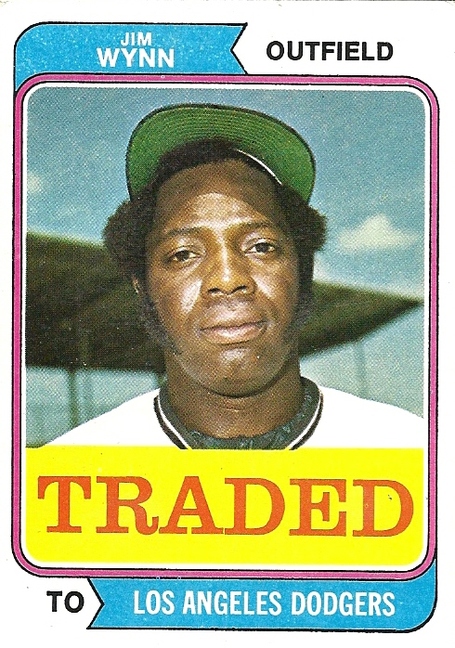 Two days worth of blockbuster deals starting 36 years ago today helped propel the Dodgers to the World Series, not to mention exciting a young Phil Gurnee.  Don't expect any blockbusters this time around, but you never know what will happen when general managers get together.  Just remember:  what happens in Indianapolis stays in Indianapolis.