Share All sharing options for: The All-Time LA Dodger Team: The #2 Starter 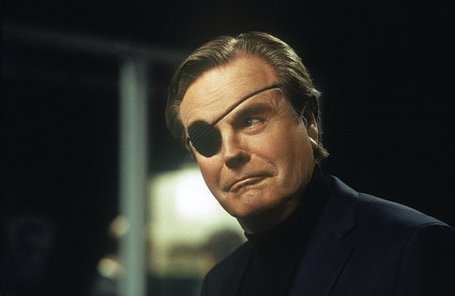 The vote for our ace starter went about as expected, with Sandy Koufax enjoying a walk in the Park.

Now it's time to see who follows Koufax in the rotation. To determine the #2 starter, the voting is the same as before, except that Koufax is no longer eligible since he is already the #1 starter.

This is between two pitchers, both of whom pitched at least 58 consecutive scoreless innings. Both Don Drysdale and Orel Hershiser are more similar than you may think, especially as LA Dodgers. Both had nearly identical ERA+ as an LA Dodger (117 for Big Don; 116 for Bulldog), and both had a roughly 55% winning percentage in LA. Hershiser broke Drysdale's own record for consecutive scoreless innings, during a pennant race no less.

Here are their best five seasons by ERA+:

Here are the postseason numbers for each:

The one postseason non-start for Hershiser came in Game 4 of the 1988 NLCS, during which Hershiser -- who started and threw 7 innings the day before -- famously snuck down to the bullpen to warm up without Tommy Lasorda's knowledge. Hershiser came in with the bases loaded and got Kevin McReynolds to pop out to John Shelby in CF to preserve the amazing extra-inning win.

Both Hershiser and Drysdale were great pitchers in their primes with LA. Comparing them, it just seems like Hershiser was just a bit better. I may be biased since Hershiser was my favorite Dodger before Eddie Murray came along, but I have to go with The Bulldog here, and not just because I met him while working at In-N-Out Burger in high school.

HOF Don Drysdale is well known for his 58 scoreless innings in 1968 but he was much better during his Cy Young 1962 season and twice as good in his 64 season. When you look back at Big D's career you seem some strange things. Just one year after throwing 58 scoreless innings he was done. You hear alot about Sandy retiring at 30 but Big D was also finished at an early age as he threw his last pitch at the age of 32. Then again he had been pitching for a long time because he was in the Brooklyn rotation at the age of 19. In fact his first two seasons produced his two best ERA+ seasons of 155 and 154. However this is about his time in LA and while he was one of the best LA Dodger Hurlers, was he the 2nd best?

Kevin Brown for some reason has a reputation as a someone who didn't earn the gargantuan contract bestowed upon him by The Sheriff. Nothing could be further from the truth. In the five seasons that Brown pitched for us he had three seasons that rank among the best seasons of all time for the Dodgers. He may have been a curt SOB but the man could pitch. His 2000 season might have been the best season ever for a RH Dodger pitcher. Only Drysdale's 1964 season and Messersmiths 1975 rival it. The table below shows the VORP leader for every season. Eric has been using ERA+ but I wanted to get a look at what Baseball Prospectus thinks of our Dodger Seasons.

As the chart shows Big D had six seasons as the top dog in the rotation. Sutton had 4, Kevin Brown had 3, , Hershiser had 3, Fernando had 3, and shockingly Night Owl Burt Hooten had 3. Messersmith had 2 along with Welch, Nomo, Perez, Penny, and Candiotti. At the beginning of this exercise I was prepared to create a case for Kevin Brown or Andy Messersmith or Orel against Big D. However it looks to me like the Big D really is the man for the Number two spot in the rotation so it is fitting that he join his old holdout mate Sandy Koufax in our rotation.

Also just my own two cents. There is a blog dedicated to bringing a statue of Sandy Koufax to Dodger Stadium. I think it would be more fitting to see a statue of Sandy / Big D back to back one throwing from left and the other from the right. They were a deadly pair from 62-66 and we shouldn't separate them now.