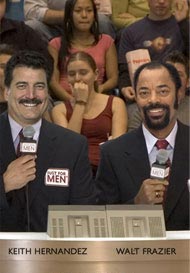 Per Josh Rawitch of the Dodgers:

The Dodgers today received a letter from Scott Boras, the agent for Manny Ramirez, rejecting the offer that the club made yesterday.  This rejection is the fourth by the agent in the club’s attempts to sign Manny.

"We love Manny Ramirez," said Dodgers Owner Frank McCourt, "And we want Manny back, but we feel we are negotiating against ourselves.  When his agent finds those ‘serious offers’ from other clubs, we’ll be happy to re-start the negotiations.

"Even with an economy that has substantially eroded since last November, out of respect for Manny and his talents, we actually improved our offer.

"So now, we start from scratch."