Two For The Price of...Well, Two

Share All sharing options for: Two For The Price of...Well, Two 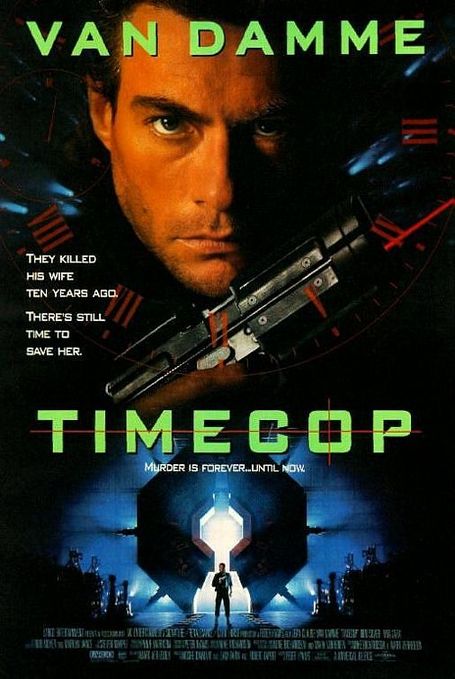 The unfortunate passing of actor Ron Silver brings to mind the movie Timecop, a Jean-Claude Van Damme vehicle. Silver played a corrupt Senator in a world in which time travel exists, and the main rule of time travel was that two pieces of matter couldn't occupy the same space at the same time. Silver's character, Senator Aaron McComb, met his demise when future McComb was pushed by Max Walker (Van Damme) into present McComb, and imploded in upon himself. How this movie didn't win an Oscar in 1995 is beyond me.

The Dodgers split their squad today, and apply the lessons of Timecop by playing two games at once. Just to be safe, the Dodgers are playing in two separate stadiums lest a player or two implodes in on himself.

In Peoria, the Dodgers take on the Mariners, who are also attempting to bend the laws of time and space by playing two games at once as well. According to Ken Gurnick, the Dodgers will send Hiroki Kuroda -- probably the front runner for the opening day starter spot right now -- to the mound, followed by Jeff Weaver, Guillermo Mota, and Cory Wade.

Erik Bedard will test his sore buttocks by starting for the Mariners and pitching one inning, per Jim Street of MLB.com.

In Phoenix, the Dodgers will face the A's, who have a little more respect for quantum physics by only scheduling a single game. Joe Torre will be on hand to observe starter Jason Schmidt and highly improbable 5th-starter candidate Shawn Estes.

Toeing the rubber for Oakland will be Trevor Cahill -- the 21-year old rated as the 2nd best prospect in the A's organization by Baseball America -- to start, followed by Michael Weurtz, Henry Rodriguez -- he can hit 100 MPH says Lyle Spencer of MLB.com -- Kevin Cameron and Jerry Blevins.

Manny Ramirez (hamstring) will be a gametime decision, and if he plays he will be in Seattle. Nomar Garciaparra is expected to play 3B (or DH) for the Athletics.

Also, be sure to get your votes in for the 2009 True Blue LA Dodger Prediction Bracket. First round voting runs through Friday evening.