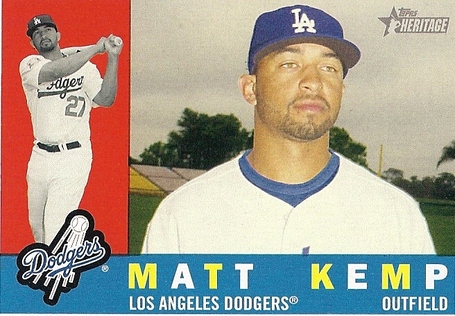 A few years back, Topps decided to pay homage to baseball cards of yesteryear, and introduced the Topps Heritage series.  The idea is solid:  today's players on cards of 50 years ago -- well, actually 49 years ago.

This year's set has the design of 1960 Topps, a very colorful design with alternating colors in each letter of player names.

Here is a look at an actual card from the 1960 Topps Set, of Johnny Podres: 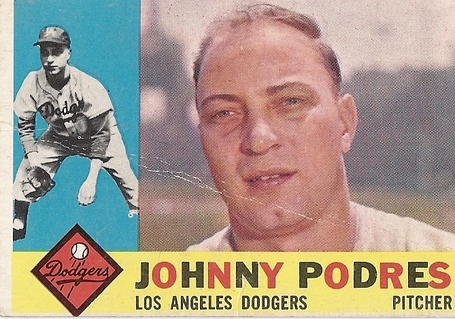 You can tell it's real, and old, by the giant crease in the middle of the card.  Here's a look at some other Dodger cards in the set: 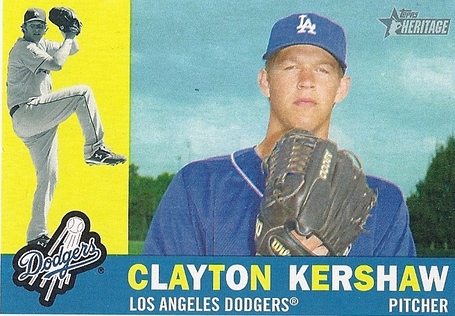 I'm a sucker for the double-shot card front, using both a main photo and an "action" shot off to the side. 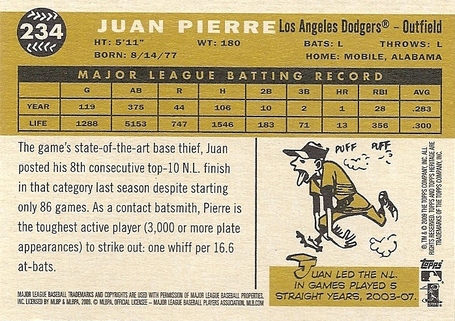 I also like the cartoons on the back.  I believe a lot of the classic cartoons from the 1960s and 1970s have been recycled for these Heritage sets, updated with new captions.

This cartoon on the back of Matt Kemp's card kind of freaked me out a little bit: 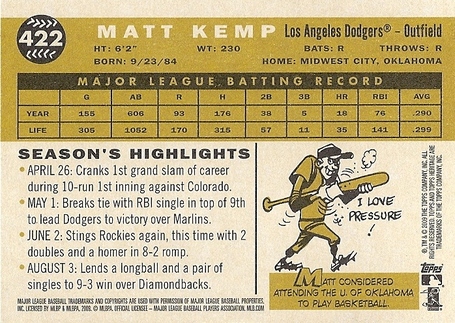 There is something sinister going on in that cartoon!  And "I love pressure" sounds like it should have been said by Snidely Whiplash or somebody of that ilk.

There were a lot of cards back in the day featuring teammates, usually in pairs or groups of three, with some theme assigned as well.  Here is the Dodgers' "Power Plus" duo of Manny Ramirez and Andre Ethier. 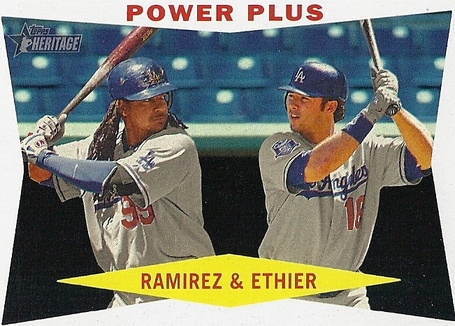 Since many joined the team on August 1, here are the stats for these two:

Although not part of the 500-card base set, there are also some small extra subsets of cards.  Here is one "Flashback" featuring Juan Marichal, celebrating his 1960 MLB debut (a one-hit shutout with 12 K).  I decided to feature this card because it is a nice look at Dodger Stadium from sometime in the 1960s (Dodger Stadium didn't open until 1962). 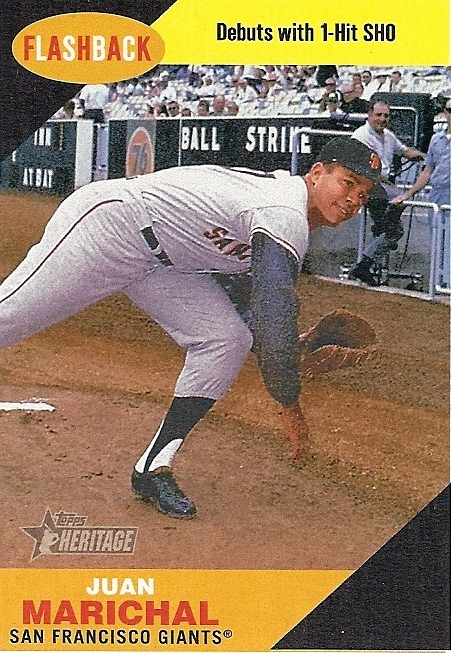 Overall, I like this set.  It provides another way to collect cards of current players, and at the same time celebrate the style of cards of the past.