Finally, A Face Off With An Acceptable Ending

Share All sharing options for: Finally, A Face Off With An Acceptable Ending 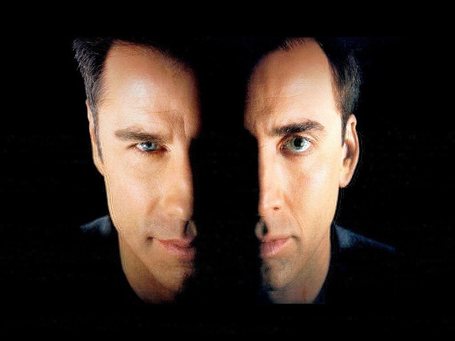 The Manny Ramirez deal is sooooo close...but not quite finished yet.  Manny is currently en route to Los Angeles, and will have a face-to-face meeting with the Dodgers before the deal is finalized.  Per Tony Jackson:

Manny IS willing to accept some form of what the Dodgers offered him last Wednesday, a two-year, $45 million deal with $25 million the first year, $20 million the second year and an opt-out. That offer IS back on the table, even though it has been taken off the table last week. But there is no actual agreement in place YET, because Dodgers officials want to meet with Manny face to face, presumably tomorrow morning, before making this thing happen.

I'm glad the two sides were able to put aside their differences and come to a deal.  Stay tuned for more details once the deal becomes official.