Share All sharing options for: Dodgers Close Out the 2009 Camelback Ranch Experience

The Dodgers close out their first season at Camelback Ranch with a game today against the A's, the Dodgers' 17th game at their brand new facility (two were White Sox "home" games).  They have lost their last four games here, including the last three with yours truly in attendance (more on that to follow), but then again, these games don't count. 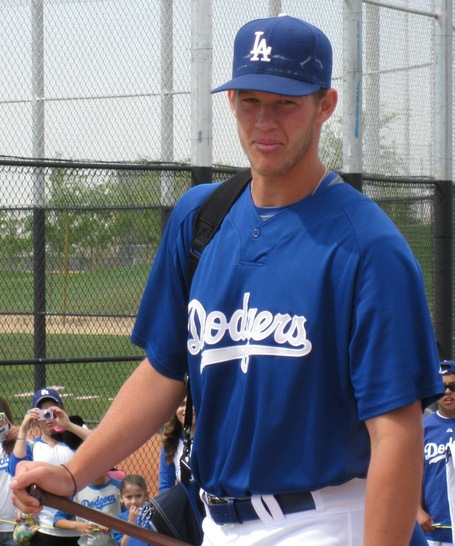 Clayton Kershaw will start for the Dodgers.  If the last few starts for the rotation stalwarts are any indication, the Dodgers will want Kershaw to stretch himself out to 80 pitches or more.  Hiroki Kuroda threw 85 pitches Friday, including many after losing his command in what seemed to be an effort to stretch him out, and Randy Wolf was expected to throw 100 pitches Saturday (sadly, I didn't track his pitches as I did for Kuroda).  In 20.2 innings this spring, Kershaw has been impressive, striking out as many -- 20 -- as he allowed to reach base.  He has even hit as many home runs as he as allowed (1).  Kershaw, who was profiled by the LA Times Sunday, will be relied on heavily this season.  Jeff Weaver was also expected to throw two innings for the Dodgers, but according to Tony Jackson, Weaver, expected to make the club, will throw three innings in a minor league game instead.

Brett Anderson, rated by Baseball America as the A's top prospect, and the seventh best in all of baseball, will start for Oakland today.  Anderson, along with fellow 21-year old top prospect Trevor Cahill, has a strong chance of making the A's starting rotation out of spring training.  During my Arizona trip, I had a chance to see a Padres-A's game in Phoenix, which included a home run by old friend Nomar Garciaparra.

The Dodgers will again use their projected opening day lineup, except for Russell Martin, who was scratched with the flu.  Per Ken Gurnick:

Today's game at Camelback will be streamed online for free.  Click here to watch.  The next Dodger game available for viewing is Thursday night from Dodger Stadium against the Angels, to be televised on KCAL.

Also, remember to get your Elite 8 votes in for the 2009 Dodger prediction bracket contest.  Voting for this round runs through Wednesday night.