A Tragedy In The Water

Share All sharing options for: A Tragedy In The Water

The sad news coming out of Clearwater, Florida this week is truly a tragedy.  The Coast Guard on Tuesday called off the search for Raiders' LB Marquis Cooper, former Lions' DL Corey Smith, and former South Florida TE William Bleakley, and now the worst fears are being realized.

These events reminded me of a similar Florida aquatic tragedy nearly 16 years ago.  On March 23, 1993, Cleveland Indians pitchers Steve Olin, Tim Crews, and Bobby Ojeda were involved in a boating accident in Orlando, on an off day in spring training. 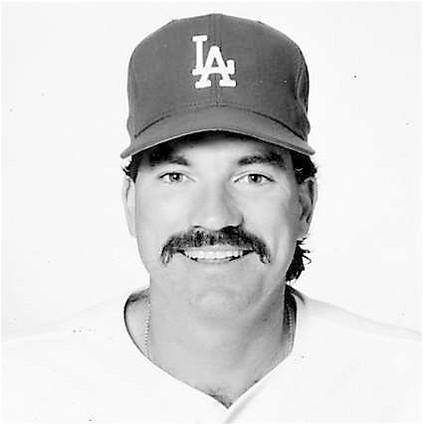 Tim Crews signed with the Indians in January 1993, after playing his first six MLB seasons with the Dodgers, including 71.2 IP for the 1988 World Champs.  Crews signed with the Indians about a month and a half after another former Dodger, Bobby Ojeda, also signed with Cleveland.  On that tragic day in late March, Crews was driving the boat with Ojeda and Olin as passengers.  Crews had a few too much to drink, and in the darkness ended up crashing into a pier.  Crews and Olin were killed, and Ojeda was seriously hurt.

The Dodgers wore a #52 patch commemorating Tim Crews during the 1993 season.

From a Sports Illustrated article from July 1993, Ojeda not only had physical pain, but emotional scars as well:

If only...sure, Crewser had had a few beers, but he seemed fine. If only the Indians still trained in Arizona, like they always had till this spring, and hadn't chosen to move to Homestead, Fla., and if only the hurricane hadn't headed straight for Homestead and demolished the complex, and if only the team hadn't stumbled into Winter Haven—just an hour from Crewser's ranch—to train. If only it hadn't rained that afternoon, and they had gone fishing in daylight, as they'd planned. If only they hadn't already been past the dock when the truck headlights flashed on the shore, the signal that Tim's buddy, Perry, was ready to be picked up. If only Crewser and Steve had slouched when they sat, as he always did. If only he hadn't slouched—goddammit, what right did he have to be alive?

Ojeda would eventually come back to the Indians in 1993, but only pitched 46 more big league innings in his career before retiring.

I remember hearing about the boat crash when I was in high school, and it was truly a sad time for the game.  It was yet another reminder of the perils of drinking and driving.

If you want to look at the positive side of things, that Indians team was just coming into it's own in 1993.  In addition to Albert Belle, Kenny Lofton, and Carlos Baerga, the Indians were loaded with young talent that would help them win the AL Central six out of seven years from 1995-2001.  Among that amazing group of young talent on Cleveland was a 21-year old from the Dominican Republic via Manhattan, who would make his major league debut later in 1993, and is due to make news on Wednesday.

Here's hoping the three missing football players are found and safe, no matter how long the odds may be.