Share All sharing options for: Wolf Returns To Philadelphia

It seems to me that blaming the Dodgers' 1-4 record over the last five games on the absence of Manny Ramirez is just lazy reporting. Five games does not make a trend, especially when the club has scored 26 runs in those five games.

Jamie Moyer of the Phillies, at 46 years, 176 days old, will become the oldest pitcher ever to start against the LA Dodgers.

UPDATE: Here's a look at the cover of this week's Sports Illustrated: 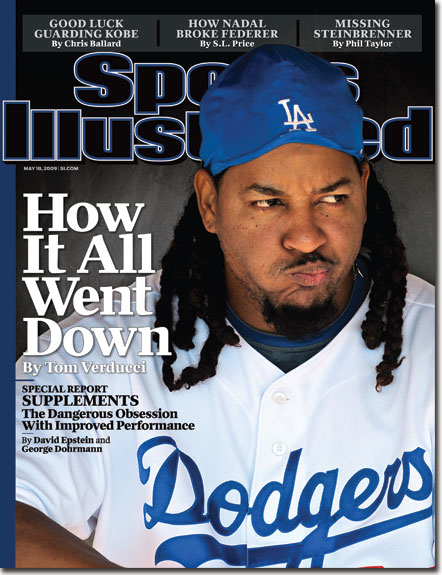