Share All sharing options for: Manny Ramirez: The Day We Stopped Believin'

Last night was Blogger Night at Dodger Stadium, and I was all set to write a post about how great the night was, and how open the Josh Rawitch and the Dodgers are to new media. The club has the best record in baseball, and has not lost at home all season.

What could possibly go wrong???

Well, Manny Ramirez getting suspended for 50 games is probably on the high end of the spectrum of worst things that could have happened.

If you want a silver lining, the Dodgers do have a 6½ game lead in the division, and no other NL West club has really shown anything so far this season. Will the Dodgers still be in first place when Manny returns in 50 games?

Xavier Paul will be recalled for tonight's game against Washington.

Recently I saw a physician for a personal health issue. He gave me a medication, not a steroid, which he thought was OK to give me. Unfortunately, the medication was banned under our drug policy. Under the policy that mistake is now my responsibility. I have been advised not to say anything more for now. I do want to say one other thing; I’ve taken and passed about 15 drug tests over the past five seasons. I want to apologize to Mr. McCourt, Mrs. McCourt, Mr. Torre, my teammates, the Dodger organization, and to the Dodger fans. LA is a special place to me and I know everybody is disappointed. So am I. I’m sorry about this whole situation

UPDATE: I believe I've found the exact moment when the Dodgers' fortunes turned for the worst:

Evidently Manny was trying to prepare for a night with the family below: 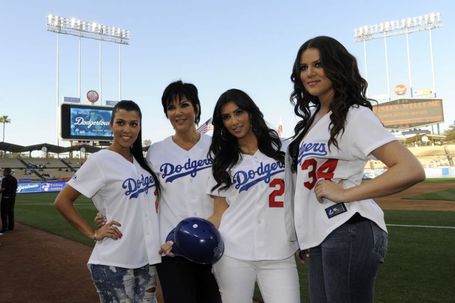