Dodgers Can't Wait To Get Between The Lines

Share All sharing options for: Dodgers Can't Wait To Get Between The Lines

Sometimes a baseball game can provide a much needed relief or release of all the stress and pressures of the day. Tonight's game against the Nationals is one of those times.

Lest we forget the rest of the club is still a damn good team. The suspension of Manny Ramirez runs through July 2, for a total of 50 games. There are four other clubs that think they are going to gain on the Dodgers during Manny's absence, so here's a goal for the Dodgers: "win" the division over this 50-game stretch. Widen your 6 game lead.

Well then I guess there's only one thing left to do...Win the whole fucking thing.

I am excited to see Jordan Zimmermann pitch for the Nationals. Baseball America named him as the Nationals' best prospect this year, and said he "is the rare pitcher who projects to have four average or better offerings in the majors." The Dodgers will try to feast off Zimmermann's fastball, curve, slider, and changeup as he makes his fourth major league start. 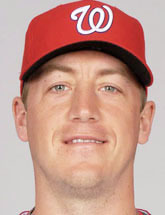 For the Dodgers, as always in times of crisis, they call on The Wolf. 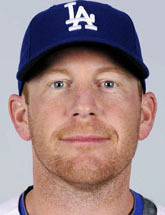