Dodgers June In Review: Riding Out The June Swoon

Share All sharing options for: Dodgers June In Review: Riding Out The June Swoon

After an amazing 20-win May, a bumpier ride was expected in June.  After all, the Dodgers had not had a winning June in six years.  The offense plummeted in June, averaging 3.6 runs per game after a 5.4-per-game May.  However, stellar pitching and some amazing clutch-hitting kept the Dodgers afloat for a winning June.

Dodger Batter of the Month:  It really was a putrid offensive month for the Dodgers, as only two Dodgers posted an OPS above .800.  Matt Kemp posted a nice .305/.350/.474 line with seven steals in eight attempts, but this award easily goes to Andre Ethier.  Ethier found his power stroke, hitting nine home runs and hitting .268/.333/.619 while driving in 22 runs.  Ethier had three different walkoff hits in June, and for good measure added a three-homer game as well.

Dodger Pitcher of the Month:  Clayton Kershaw rebounded from his shortest outing of the season to post three solid efforts to end the month, and ended up with a 2.36 ERA for the month and 28 strikeouts in 26.2 innings.  Honorable mention goes to Ronald Belisario, who allowed two runs in the month while striking out 13.  Also, Guillermo Mota was stellar as well, allowing only one run, although as Kensai noted at Memories of Kevin Malone, Mota's outings have been in much lower leverage situations this season.

The Dodgers really gave back some ground to the Rockies and Giants, but of course the beauty of a big lead is that it takes a lot to get caught.  The return of Manny Ramirez will certainly be welcomed, from an offensive standpoint, but the Dodgers have a comfortable enough lead that they don't need to get their panties in a bunch, at least not yet.

Favorite Game of the Month:  In the span of one week, the Dodgers had three comeback wins in games they had no business winning (against the Diamonbacks, then the Phillies twice), and of course there was the Ethier three-dinger game, but my favorite game of June came on the penultimate day of the month.  The Dodgers trailed the Rockies 2-0, but scored the tying runs by a two-RBI single by pitcher Randy Wolf, after he induced a balk by trying to call time.  Then, the Dodgers used all seven members of their bullpen to pitch one inning apiece before Andre Ethier -- who else? -- ended the game with yet another walk-off home run. 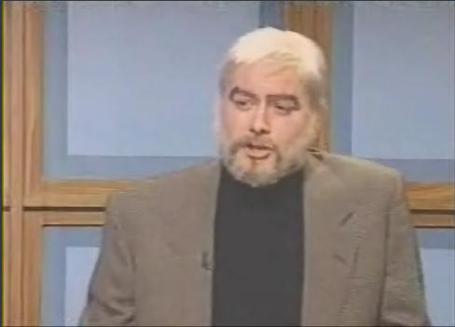 The Pen Is Mightier:  The Dodger bullpen was lights out in June, allowing only a 2.31 ERA and 1.018 WHIP.  Only three members of pen had an ERA above 2.16 for the month -- two were optioned to the minors (Cory Wade, Travis Schlichting), and the other was closer Jonathan Broxton, who still struck out 21 batters versus 11 baserunners in his 11.2 innings.

Empty Bench:  Not counting the six games in which a bench player started at designated hitter, the eight active Dodger regulars in June started 195 of 211 possible games, or 92.4% of the time.  Perhaps that is a good thing, since the Dodger bench only hit .190/.257/.230, with six runs, five RBI, and six walks for the entire month.

Amazing Stat of the Month:  Russell Martin did finally hit his first home run of the season in June, but he managed to go through June without driving in another Dodger, in all of 94 plate appearances.  He has just the one RBI in his last 115 PA, since Memorial Day.

Making Their Debuts:  Career minor leaguer Mitch Jones, a 31-year old journeyman who hit 221 homers in ten minor league season, finally made his long-awaited major league debut on June 16.  The Dodger Stadium crowd, alerted to Jones's status on the video board during his first major league at-bat, gave Jones a rousing ovation, even as after he struck out.  Jones has hit .308/.400/.385 in very limited action, but if you can't root for a guy like Jones, there is something wrong with you.

Travis Schlichting, on the day I asked him about his arrival in the major leagues, made his MLB debut against the Phillies on June 7.

Upcoming Month:  The club welcomes Manny back on Friday, July 3 in San Diego, then continues on a road trip to New York and Milwaukee, before the All-Star break.  A nine-game homestand with the Astros, Reds, and Marlins follows.  The Dodgers end the month with four in St. Louis, followed by a trip to Atlanta.  For the month, there are 11 home games and 14 road games, which will even the scales at 52 games both at home and on the road starting August.

*Jeff Weaver's stats were split into his starting and relieving duties.