Dodgers Look To Get Offense In Geer

Share All sharing options for: Dodgers Look To Get Offense In Geer

A night after Petco Park was filled with at least 70% Dodger fans -- the first time I can remember seeing more Dodger fans than Padre fans at a game in San Diego -- the Dodgers look to take game two on big Fox today.  Dick Stockton and Eric Karros will be on the call.

The Dodgers face a pitcher in Josh Geer that is winless with a 6.19 ERA in his last six starts.  However, for you quality start fans, Geer's last three starts have been of the "quality" variety.

Manny Ramirez, who is "going to go day by day," is expected to start today, in a day game after a night game.

Today marks the halfway point in the season, Game #81

Get your guesses in for our new July contest, "Clogging The Bases" here.

After the jump, there are some pictures from last night's True Blue LA outing, with a brief recap...

On to the pictures...

A few of us stopped at Hodad's in Ocean Beach for burgers before the game: 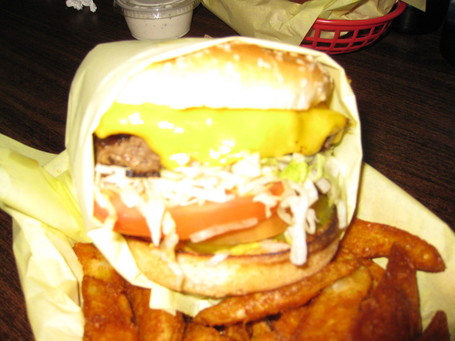 Then we sat in the all-you-can-eat section. Not smart: 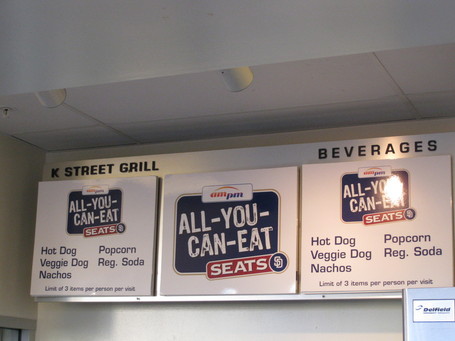 Lots of Dodger fans in our section: 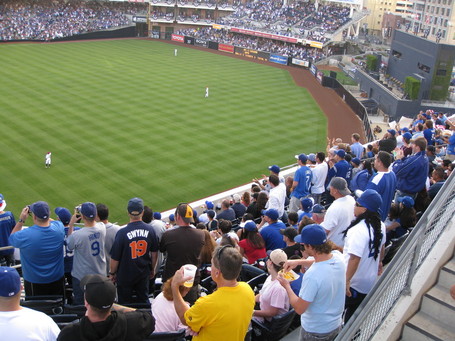 The Dodger dugout in the 1st inning: 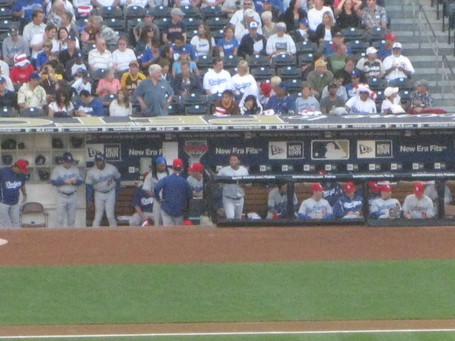 Rafael Furcal had a good night, with four hits, a run, and a steal: 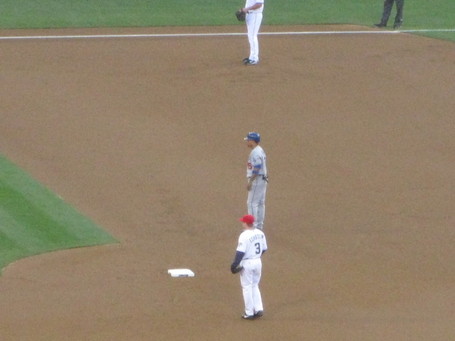 This is the point when I first noticed the awful red hats, on Ken Howell and James McDonald: 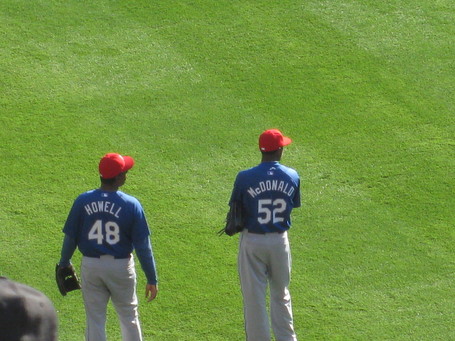 Another shot of the dugout: 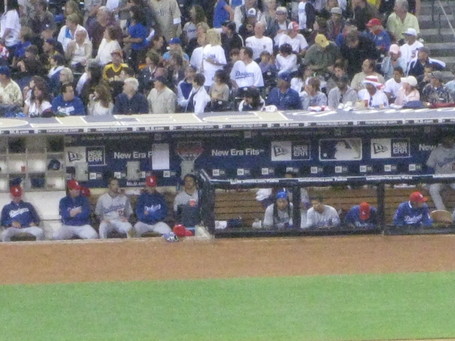 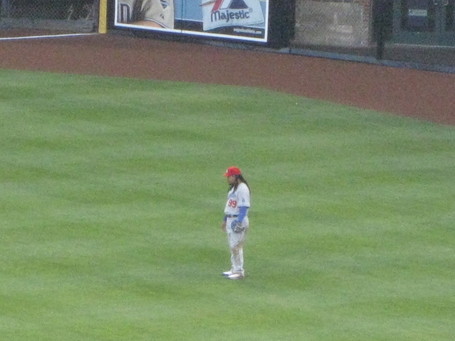 Another shot from our seats.  Where is home plate again? 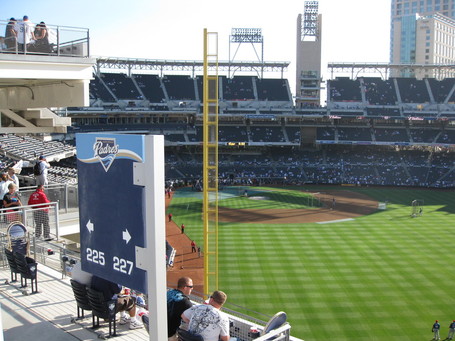 Manny in the on-deck circle: 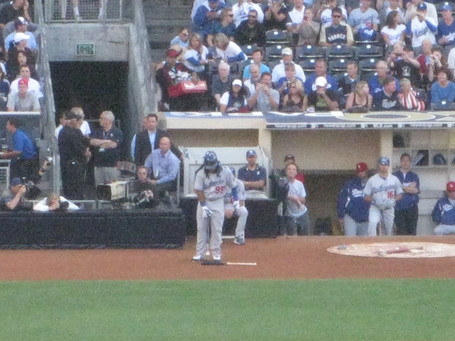 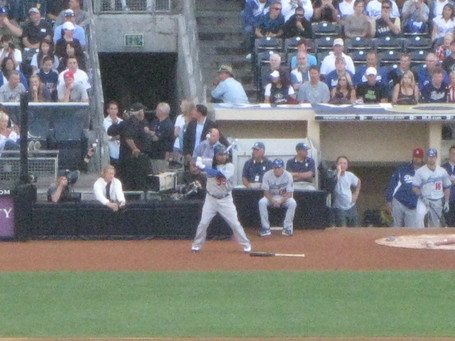 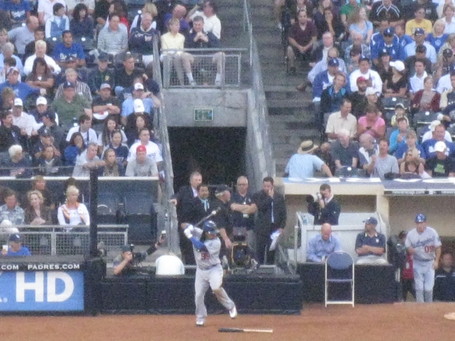 There aren't many things cooler than seeing this on the road: 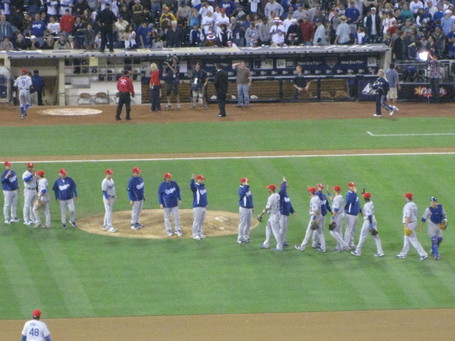 Here's the scoreboard after the game.  Nary a Dodger highlight on the screen: 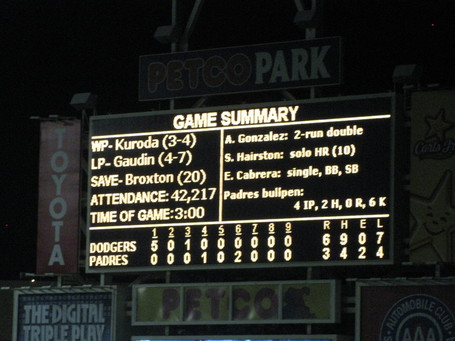