A Look At The Mets With Amazin' Avenue

Share All sharing options for: A Look At The Mets With Amazin' Avenue

The Dodgers are set to play their first three games at Citi Field, the brand new home of the Mets, starting tonight.  To give us some insight on the Mets, Eric Simon, Grand Poobah of Amazin' Avenue, was kind enough to answer some questions regarding the Mets, the Dodgers, and the concept of Grission:

1) What are your early impressions of Citi Field?  How has it affected play this season?

From a fan's perspective it's a gorgeous park and a great place to watch a ballgame. There are plenty of good places to eat and lots of things to do with kids. Baseball-wise, it's a whole lot tougher on home runs than was Shea, a mild pitcher's park in its own right. The dimensions are cavernous and the outfield walls are sky-scraping, but Citi doesn't so much suppress run scoring as it transforms home runs into lesser hits, mainly doubles and triples. There are rumors that David Wright has adjusted his swing to accommodate the park, which could explain his lack of home runs on the road.

2) Citi Field has the Jackie Robinson Rotunda.  Anything honoring Robinson is great, but are there any reservations that Robinson is honored at the Mets' home stadium rather than, perhaps another Met?

I think the Mets could -- and probably will -- do more to honor Mets of yore at Citi Field, either by naming sections of the park for them, erecting statues, creating retrospectives, etc. The Mets have a relatively short history but plenty of interesting stories to tell and I would like to see them embrace that more at Citi Field. As for the Jackie Robinson Rotunda, I have zero qualms about it. Robinson may have played his whole career with the Dodgers at Ebbets Field in Brooklyn -- the park that inspired much of Citi's architecture -- but he was a treasure for all of baseball and I'm quite pleased with the Mets remembering him in this way.

3) How concerned are you about David Wright sitting on five home runs at the halfway point of the season?  Also, his .435 BABIP seems awfully high, and has contributed to his .329/.415/.475 (through Saturday) line.  Do you think his power will return as his BABIP regresses?

Definitely concerned. I laughed off the lack of homeruns a month or two ago with the customary "small sample size" and "he's a slow starter" routine, but I would have expected him to come around in the power department by now. Then again, Citi Field has robbed him of six homeruns this season, and eleven homeruns at the break are a little more reassuring than five.

His BABIP should definitely regress a bit (his line drive rate would put it around .390 instead of .435), and I think the homeruns will return to some extent (I don't know that there's any correlation between the two, however). We can debate the merits of lineup protection all day long, but there would certainly be less pressure on Wright if he had guys like Carloses Delgado and Beltran back in the lineup.

4) What moves, if any, should the Mets make at the trading deadline?

I would be prepared to move impact prospects in a deal for a superstar who is signed beyond 2009 and low-grade organizational filler for decent veterans who might only help this season. This approach may be unrealistic, and if so, the Mets should pass. After years of relative barrenness the Mets finally have a good group of players in and around Double-A (Triple-A is a dumping ground for has-beens and never-will-bes) and I'd hate to see them dump two or three of their young players for Jason Marquis, e.g.

In terms of their needs, a lot depends on the health of their fallen stars. They could use a power bat who can play first base and corner outfield; they could use another rotation arm or two; they could also use some bullpen reinforcements. 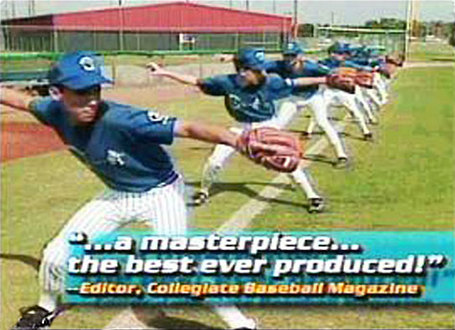 5) What is the latest injury news on Jose Reyes, Carlos Beltran, and/or Carlos Delgado.  Given that the Mets have had significant missed time from the regulars at 1B, SS, and CF, is the 39-42 record easier to accept, especially since the club is still within four game of the division lead?

Reyes will apparently start light running soon (if he hasn't already) and could return in early August. Ditto Beltran. Delgado hasn't even begun swinging a bat so his timetable for return is still unknown. Interestingly, Billy Wagner, who underwent Tommy John surgery near the end of last season, may be ready to return before all of them.

Given the teams the Mets have put on the field this year in the absence of their fallen stars, I can much more easily accept the fact that they're not where we thought they would be. They're missing three of their four best hitters, two of their top four starters, plus their setup man. On the other hand, the guys they have out there now have played sloppily and uninspired, which makes losing tougher. I can accept losing because of inferior talent, but losing because of embarrassing defense and shoddy baseball fundamentals is hard to swallow. Get these kids some Tom Emanski videos, stat.

6) What should the Dodgers expect from the scheduled starters during this series (Mike Pelfrey, Oliver Perez, and Livan Hernandez)?

7) What do you think will be the Mets' fans reaction to Manny Ramirez?  If you had a vote, would you cast a vote for Manny for the Hall of Fame?

I suspect they'll boo, but that's kind of their thing. Mets fans have an astonishing level of self-entitlement and booing often and aggressively is probably their favorite way of expressing it. Personally, I'm firmly ambivalent about steroids in baseball. I'm not outraged by their use and I refuse to demonize players like Manny Ramirez, Barry Bonds et al the way the mainstream media has. Maybe I'm on an island here, but I'd rather see players on the field and hitting homeruns than recovering from injury and hitting lazy flies to left. The argument that steroid use by ballplayers sets a bad example for kids is a fair one, but you'll have a helluva time convincing me that PEDs are bad for baseball because empirically it just isn't the case. To answer your question: Yes, Manny to the Hall of Fame.

8) I just finished Darryl Strawberry's autobiography, Straw: Finding My Way (review here).  Have you read the book, and if so, what did you think of it?

It's sitting on my table in queue behind a couple of other books. We can compare notes once I've gotten to it.

9) What are your impressions of the Dodgers this season?  Who is our most Grissioned player?

They've been very impressive. The pitching has been remarkable and the offense has been surprisingly potent considering Casey Blake has been their best hitter. Despite still being an active player, Juan Pierre has already been inducted into the completely imaginary Grission Hall Of Fame (GHoF, pronounced "foff"). All of that grission is what makes the Dodger offense go.

Thanks, Eric.  I'm looking forward to a great series.