Share All sharing options for: Billingsley, Dodgers Go For Sweep

The Dodgers face an old friend today, as Brad Penny takes the hill wearing the colors of the enemy.  Penny won 46 games in Dodger blue, but didn't leave on the best of terms last year.  Dodger third base coach Larry Bowa was particularly critical of Penny, questioning his work ethic on his way out the door.  However, any hopes of a Penny/Bowa feud today were squashed on Saturday, as the two had a meeting to patch things up, per Dylan Hernandez of the LA Times.

Penny, who was released by Boston after putting up a 5.61 ERA (though his FIP was lower, at 4.59) in 24 starts, has excelled in his two starts back in the National League.  Penny has a 1.20 ERA over 15 innings with the Giants, winning both starts.  His FIP is not quite that low, although still solid at 3.33, but the sample isn't big enough from which to draw any conclusions, other than that so far Penny has pitched better since leaving the American League.

The Dodgers have faced off against pitchers formerly in their organization five times this season, and are just 2-3 in those games.  Ted Lilly, Derek Lowe, and Chan Ho Park have combined for five quality starts in those five starts.

For the Dodgers, Chad Billingsley toes the rubber in need of a win.  He hasn't pitched badly of late, with a 3.83 ERA and a 3.76 FIP since August 1, but a strong performance today would be a welcome sight.  Clayton Kershaw is on the shelf with a separated right shoulder, and Randy Wolf is on hold with a sore elbow, although he might pitch Tuesday.  Now would be a nice time for Billingsley to pitch seven innings or more, something he hasn't done since July 5.

On the whole, the entire Dodger pitching staff has been amazing of late.  They have allowed five runs only twice in their last 31 games, and in both of those games the fifth run didn't come until extra innings.  So we're looking at a run of the Dodgers not giving up more than four runs in regulation for 31 straight games, with an ERA of 2.59 (and a 3.50 FIP) over that span.

James Loney, who has homered in three of his last five games, is on fire in September.  Loney is hitting .390/.435/.634 for the month, with 10 runs batted in in 11 games, and currently has a seven-game hitting streak working.

With a win last night, the Dodgers beat their 2008 win total, with 19 games left to play.  The Dodgers are now 27 games over .500, matching their high-water mark of the season.  For them to reach a new high today, doing this would be nice: 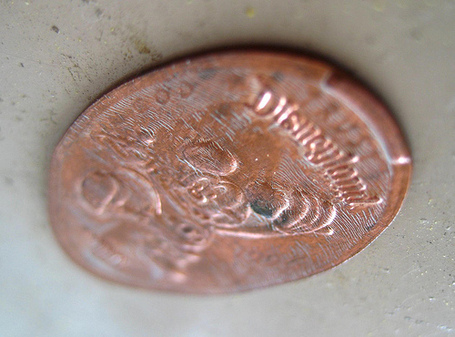 Don't forget to RSVP for True Blue LA Day at Dodger Stadium, on the next-to-last day of the regular season, October 3 against the Rockies.

Get your guesses in for our today's "One, Two, Three Strikes, You're Out," here.