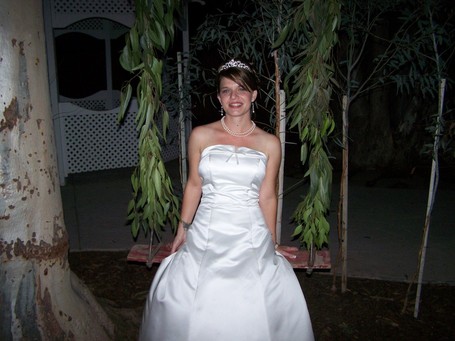 While many of you were enjoying the devaluation of the Giant Penny, I spent an even better time with my wife watching True Blue's own Lidlbit get married.

Heather is my oldest niece and stole my heart when she waddled off a plane from Virginia at the age of something close to one, almost 30 years ago.   I was lucky that my brother and his wife decided to make Glendale/Burbank their home, and thus was able to watch their family grow up.  My life would have been quite lonely without his family as all three children were a hoot to watch grow up.  My brother did the right thing and turned Heather into a Dodger fan, and I was able to benefit from the conversion, as she's been my companion for many a  Dodger game over the last four years. Years ago we can both fondly remember watching Ken Griffey hit a home run back when he was one of the best players in baseball during one of the first inter-league games ever played at Dodger Stadium. I can't really recall any one game standing out with her, but I was very happy she was beside my side any time she, or she and Josh accompanied me to a Dodger game. Heather doesn't really care about the stat's she just loves the game, but she comes by True Blue site because I'm her Uncle. I appreciated that support because when she joined  I had no idea if anyone was reading True Blue.

But this is not about baseball or the Dodgers. This is about watching a little girl mature into a beautiful woman not just in looks but in every aspect of her life. This wedding culminates that maturation as she choose an excellent man to spend her life with in Josh Bechtel.  As her father said at the wedding when your daughter comes home and tells you she's dating a guy who plays the lead guitar in a rock band you don't really think much of the future of the relationship, but four years later that relationship worked it's way from a simple walk to an Endre game winning home run. She could have chosen anyone but my wife and I are so glad she chose someone we like, and who we hope will treat her with the kindness and love she deserves, but has the stones to make sure this stays a two way relationship.

True Blue I present to you Josh and Heather Bechtel: 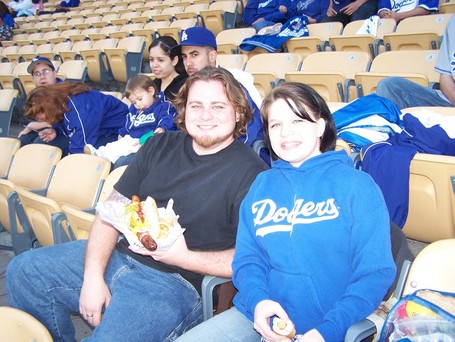 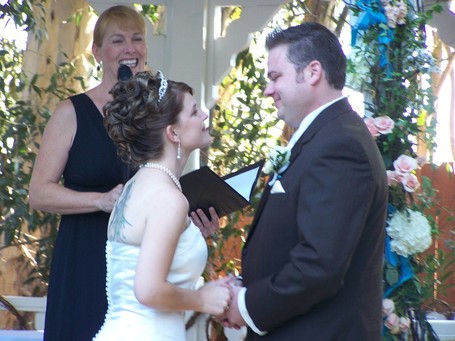 And you have to love the tatoo:) 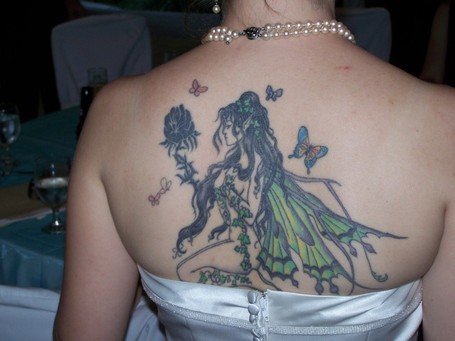