Share All sharing options for: 2010 Topps Series I Baseball Cards

Inspired and reminded by Roberto Baly of Vin Scully Is My Homeboy, I decided to grab a few packs of 2010 Topps Series I baseball cards, new in stores this week.  Only one of the packs had any Dodgers in it, and oh what a pair they were: 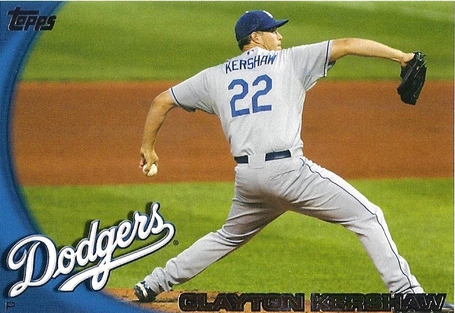 The design is a bit similar to last season, although this year features the larger team logo rather than the small logo ("LA" logo in 2009) on a home plate background.  I am not a fan of the border around the name, but I am a fan of this photo.

Topps no longer puts bubble gum in these packs (they do, however, with their Heritage series), but they occasionally do include a Bison: 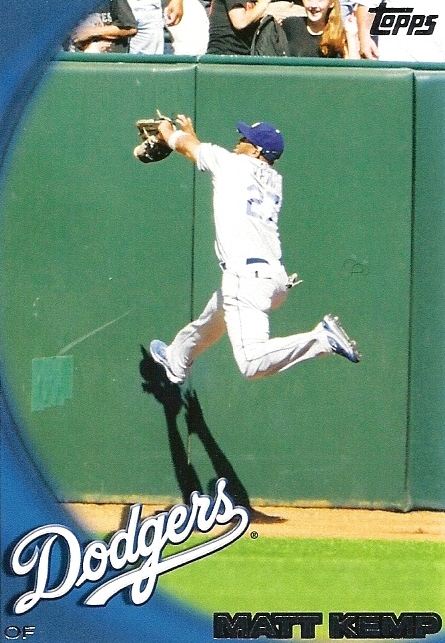 That is a sweet photo of Matt Kemp, running down a fly ball at what I'm fairly certain is AT&T Park.  The Dodgers only played two day games in San Francisco in 2009: August 12 (the Lincecum / Juan Uribe weekday game) and September 13.  I couldn't find any flyballs to deep centerfield in the September game, but on August 12 there were two:

Here's a look at the back of the Kemp card: 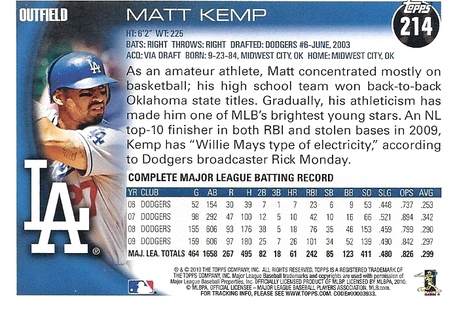 I like the idea of the second picture on the back, and I always enjoy reading the info that Topps selects, too:

Speaking of Monday, here's a look at his Topps card from 1980, just to show you the difference in stats used 30 years ago: 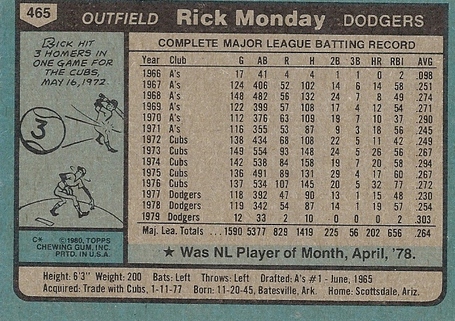 No steals, no walks, no strikeouts, no slugging percentage, no OPS.  Just the essentials, thank you very much! 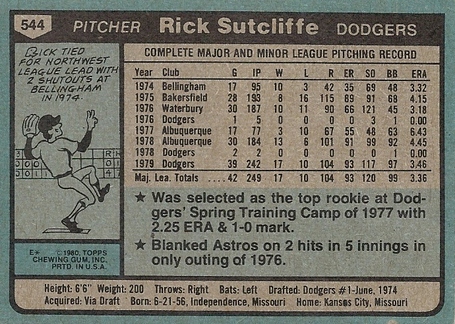 Sutcliffe won the NL Rookie of the Year award in 1979, the first of four straight Dodgers to do so.  However, what we don't know by looking at this card was that Sutcliffe surrendered 217 hits, had five complete games, a shutout, and a WHIP of 1.298.  There is considerably more info, and understandably so, 30 years later: 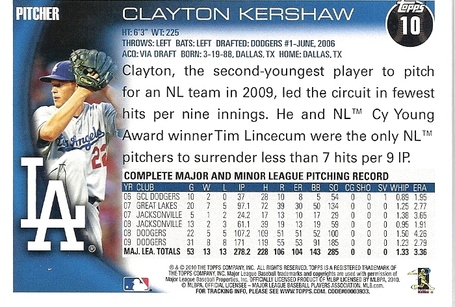 In case you were wondering, the only NL pitcher younger than Kershaw last year was Madison Bumgarner of the Giants.

Here's a list of all the Dodger cards in the 330-card subset: