Dodgers To Wear Throwback Uniforms For Six Games This Season

Share All sharing options for: Dodgers To Wear Throwback Uniforms For Six Games This Season

The Dodgers announced today that they are going to wear Brooklyn throwback uniforms for six midweek games this season. The games will all be mid-week day games that also will feature half price food and drinks (including alcohol): 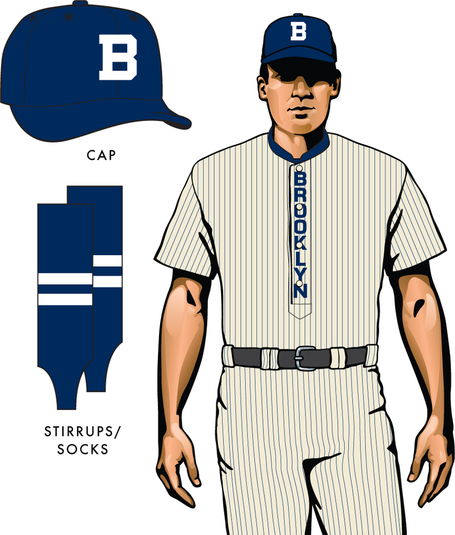 There are three choices for uniforms, and the fans can decide by voting on Dodgers.com. Voting will start Monday at 12:01 a.m. and run through Thursday, February 17. Since there are six games, it would make sense to me to just wear each uniform twice, but that's not how the Dodgers are doing it.

The first choice is from 1911, which would seem like the logical choice since this year is the 100th anniversary of that team. That uniform features small pinstripes, a block B, and "Brooklyn" displayed vertically down the center of the uniform. There wasn't much memorable about the 1911 Dodgers, as they finished 64-86, seventh place in an eight-team National League. However, that team did have Bill Bergen, the worst hitter in baseball history, at catcher (Bergen had a -4 OPS+ in 1911, which was only a slight decline over his previous two years with an OPS+ of 6 and 1). First base was manned by Jake Daubert, who would win the MVP award two years later. Hall of Famer Zack Wheat, the holder of several Dodgers offensive franchise records, manned left field in his second full season, and Hall of Name pitcher Nap Rucker led the staff. 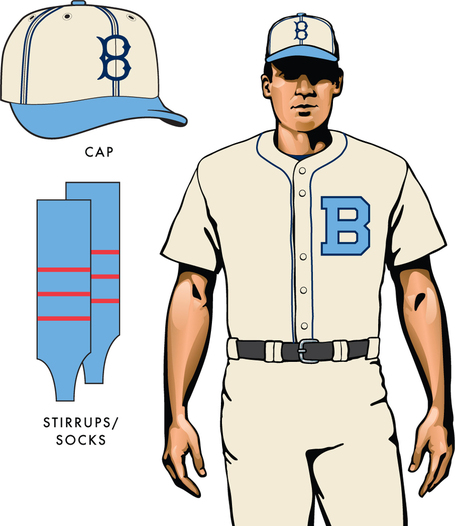 The second uniform choice is from 1931, and features a block capital B on the front of the uniform rather than "Brooklyn" or "Dodgers." That 1931 team was more successful on the field than 1911, at 79-73. Hall of Fame pitcher Dazzy Vance made 29 starts in his age 40 season in 1931, and was joined on the pitching staff by 20-year old Van Lingle Mungo, who got his first taste of the majors that season. Babe Herman was in his prime, putting up a 136 OPS+, and was joined in the outfield by Lefty O'Doul, who had a 135 OPS+ in 1931. Future Hall of Fame manager Al Lopez was the Dodger catcher that year. 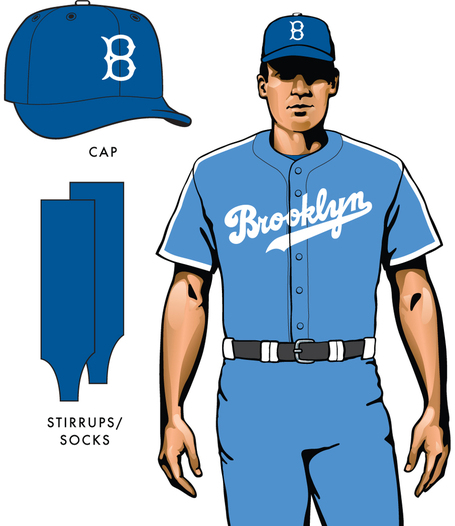 The final uniform choice is simply from "the 1940s," as it was a satin powder blue uniform mostly used during night games, which were still novel in the 1940s. The Dodgers press release says, "The throwback uniforms worn in 2011 will be made of the same material and maintain the same feel as those worn by the Dodgers throughout the season," which would mean no satin, and no George Costanza moment. Mike Petriello of Mike Scioscias Tragic Illness has a look at what the actual satin uniforms looked like. As a child of the 1980s, I am a sucker for powder blue uniforms, so if forced to choose one throwback, this would be my choice.

**********
In other news, the Yankees signed both old friend Ronnie Belliard and once potential new friend Eric Chavez to minor league deals with non-roster invitations to spring training today.