Playing His Way Onto The Roster?

Share All sharing options for: Playing His Way Onto The Roster?

Sure, he was invited to major league camp at Camelback Ranch, but there was little chance he was going to end up making the team out of spring training. Even so, the coaches have all praised him, and marveled at what he has accomplished so far this spring. Seemingly every time he has taken the field, he has done something to make us think his inclusion on the 25-man roster for the March 31 opener isn't so far-fetched.

Sure, he put up good numbers last year, but that was the minor leagues. It seems far fetched to expect him to continue to excel at the same rate at the major league level. Then again, he can fill multiple roles, and could end up being better than any other option we have. He came into today's game in the sixth inning, and was a big reason the Dodgers turned a 1-1 tie into an easy, 7-1 victory over the Colorado Rockies at Salt River Fields. 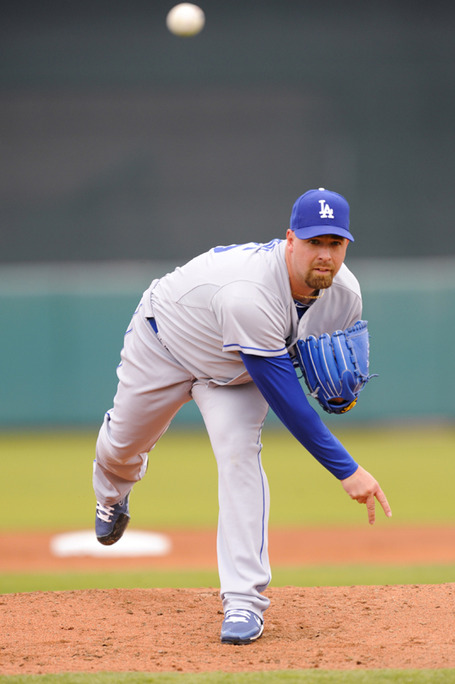 How about that Tim Redding, huh? Three more scoreless innings (no-hit innings, even) today give him the staff lead with eight innings, with a 0.00 ERA.