Share All sharing options for: The Rancho Cucamonga Experience

Last year, I was only able to make it out to one Dodger minor league ballpark, and I wrote about my experience here.  This year, I have already been to a Quakes game, I am going to a Albuquerque Isotopes game this weekend, and am planning on going to an Ogden Raptors game later this summer.  I plan to write a post about each stadium/experience, and this particular post is about the game I attended last Sunday in which the Rancho Cucamonga Quakes faced the Lake Elsinore Storm.  I had a great time, and would encourage anyone to make the trip to the Epicenter; especially if you live in the greater Los Angeles area.

The Epicenter is much nicer than where the Dodgers former minor league affiliate used to play (the 66ers played at Arrowhead Credit Union Park in San Bernardino), and it is in a much better area.  You can get to the stadium by taking either the 10 or the 210 freeway to the 15, and it's about 45 minutes from Pasadena.  It just so happened that the game I went to was when Vicente Padilla was making his first rehab start, so here is a picture of him in a Quakes uniform.  That's Rafael Ynoa behind him at 2nd base, and Blake Smith even further behind in right field. 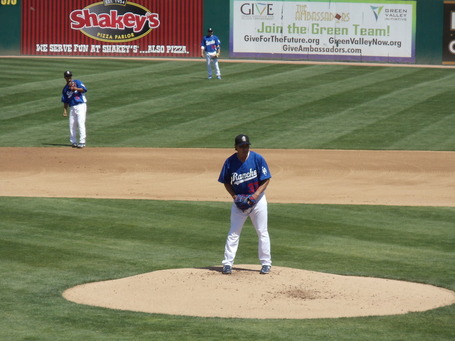 In addition to having a better stadium, the Quakes team has way more prospects than the 66ers did in 2010.  Here are photos of several of the Quakes top position prospects.  Please note that Jake Lemmerman did not play in the game I attended, so I did not get a chance to see him play. 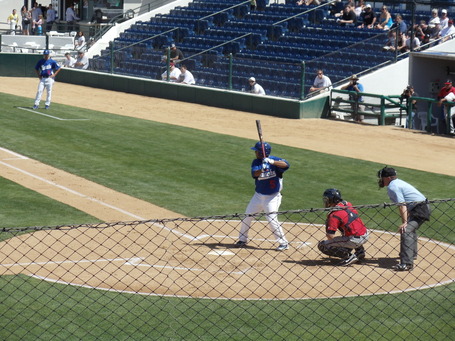 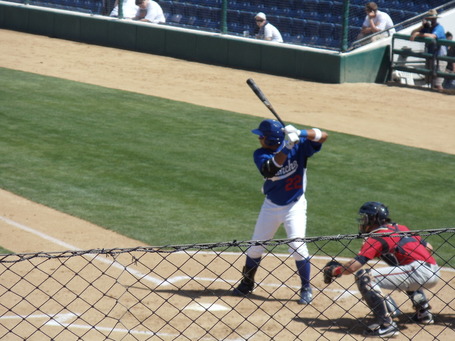 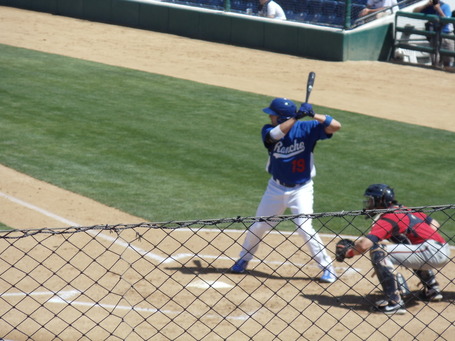 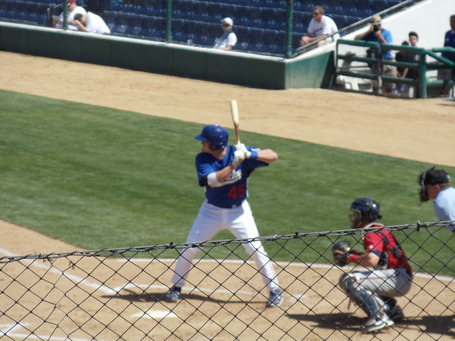 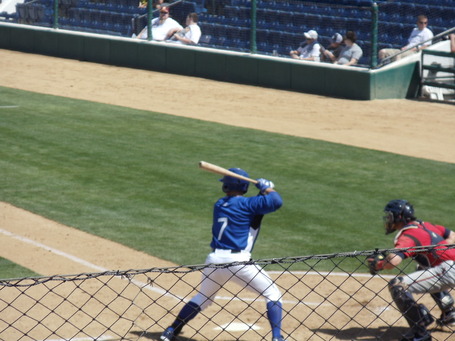 I was also lucky enough to see Matt Magill pitch.  Here are a few photos of him in mid-windup: 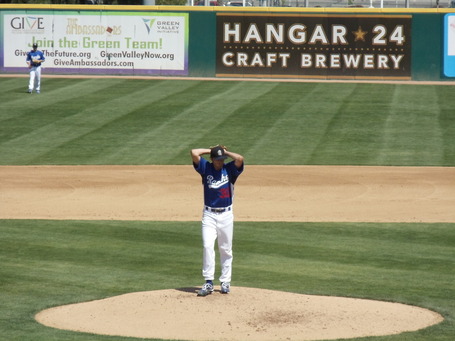 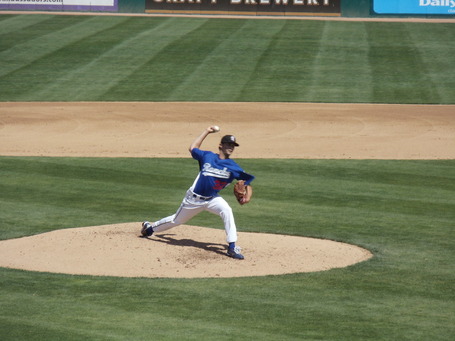 Here are a few notes I wrote down during the game about our prospects:

- Matt Magill had great offspeed pitches, but his fastball did not get above 88 mph, and usually sat around 85 mph.  Even on a pitch-out he was clocked only at 82 mph.  I did ask the staff about the gun and they said it's about 3 mph slow, but even still I thought he threw harder than that.  Maybe that's why scouts think he'll get exposed in AA and above...because more advanced hitters will wait for and sit on his fastball.  That being said, he kept the Storm hitters off balance all day and like I said above showed solid offspeed offerings that ranged from 73 mph to 79 mph.  He also showed the ability to control his pitches, so I still see him as a solid Dodger pitching prospect.

- Austin Gallagher still "looks" like he should be a legitimate Dodger prospect because of his size, and was by far the most impressive offensive player on the Quakes physically.  I wish he would show more power because he has such a massive frame, yet continues to be a contact hitter who plays the power position of 1st base.

- Angelo Songco earned some points in my book because he took out the catcher on a play at the plate in the 1st inning in which he scored on a single by Austin Gallagher.  It wasn't a very violent hit, but it was a collision nonetheless.

- Despite his impressive collision at the plate, Songco lived up to his reputation of a weak defensive outfielder.  He misjudged a fly ball and missed on a diving attempt, and showed a very weak arm on a throw to the plate.

- Center fielder Ramon Jean is basically Dee Gordon's twin.  Listed at 6'0" and 160 lbs, Jean looks exactly like Gordon although he isn't quite as fast.  He did show off an impressive arm in center field, however.

- Travis Denker crushed a home run to left field, but that is to be expected given that he is the oldest position player on the team and has major league experience.

- I didn't get to see Steven Ames pitch because I had the leave the game slightly early due to a scheduling conflict, but I heard on the way home that he hit 91 on the gun (which should be about 94 mph due to the gun being slow).  In addition, a Quake employee said that Ames was throwing "darts" the night before.

Here are a few final photos of the stadium and experience in Rancho Cucamonga... 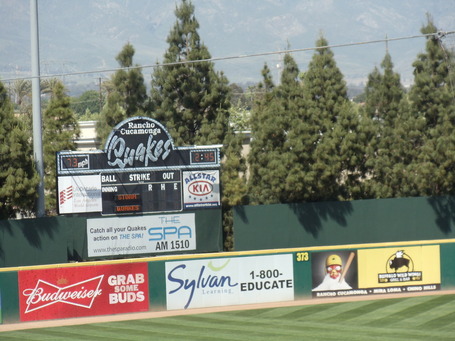 Here is the front of the stadium: 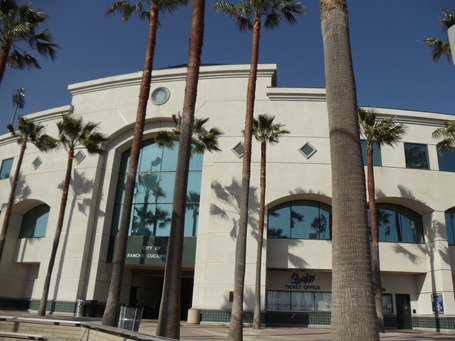 And here is mascot Tremor, with Ramon Jean at the plate: 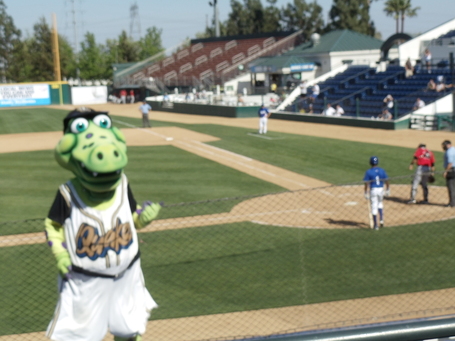 And finally, a few videos for those of you that are interested (please be advised, they might take a while to load and the footage is a bit shaky).  The first is of Matt Magill out of the stretch: