A Brief Look Back At Spring Training

Share All sharing options for: A Brief Look Back At Spring Training

During our visit to Camelback Ranch we were able to visit the various areas where the Los Angeles Dodgers play and practice. We included a few photos of our own in within the articles we published from spring training. Here's a few of the other pictures and video clips that we produced on the trip, including the one of Vicente Padilla, above. You can click on these thumbnail of the photos below to see them full-size in a new tab/window. 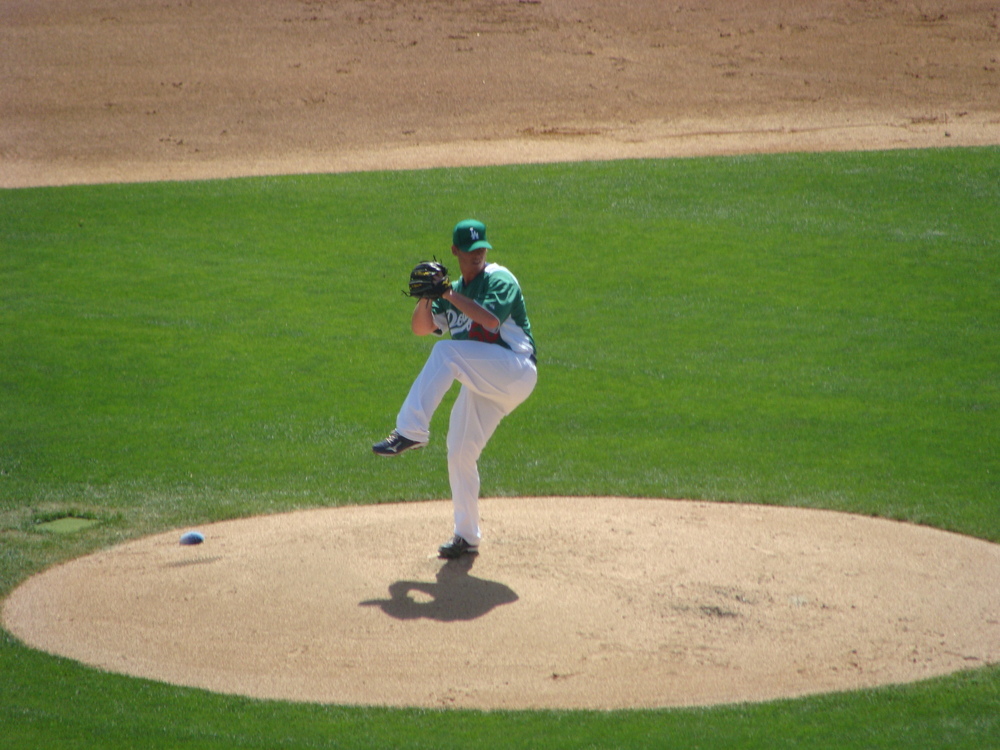 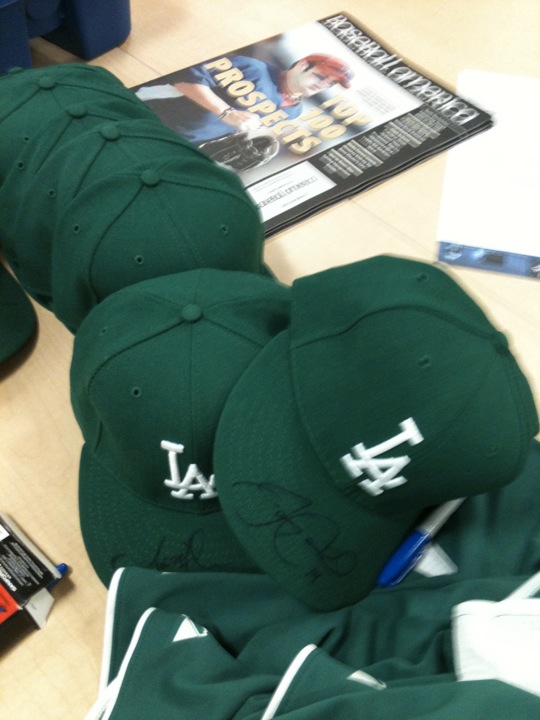 Chad Billingsley started the March 17th game while wearing a green Dodger uniform. Although the green jerseys are a relatively recent custom, the Dodgers connection to the Irish holiday dates back further. In 1951 Mr. and Mrs. Walter O'Malley began an annual tradition of hosting a St. Patrick's Day party during Spring Training. It came to be considered a highlight event of the spring, and was a tradition that would continue through 48 celebrations.

The jerseys were autographed after the game, as well as the green Dodgers caps that were worn in the contest. Later this season, these jerseys and caps will be auctioned off to raise funds for the Dodger Dream Foundation.

More after the jump.

We were able to witness Vicente Padilla throwing 80 mph fastballs in his first throws off a mound after his elbow surgery. This happened on a back field bullpen, some distance from where the public is allowed. Links to video clips one and two.

Clayton Kershaw also threw in the  bullpen shortly after Padilla. Link to clip of his last pitch.

While the Dodgers had two road games during our visit, one was against the White Sox who also make their spring training home at Camelback Ranch, so the only road trip we had to make was to Scottsdale Stadium, home of the defending World Champion San Francisco Giants, where this horrendous vision awaited us (left). And they made Eric wear the most hideous press pass ever (right). 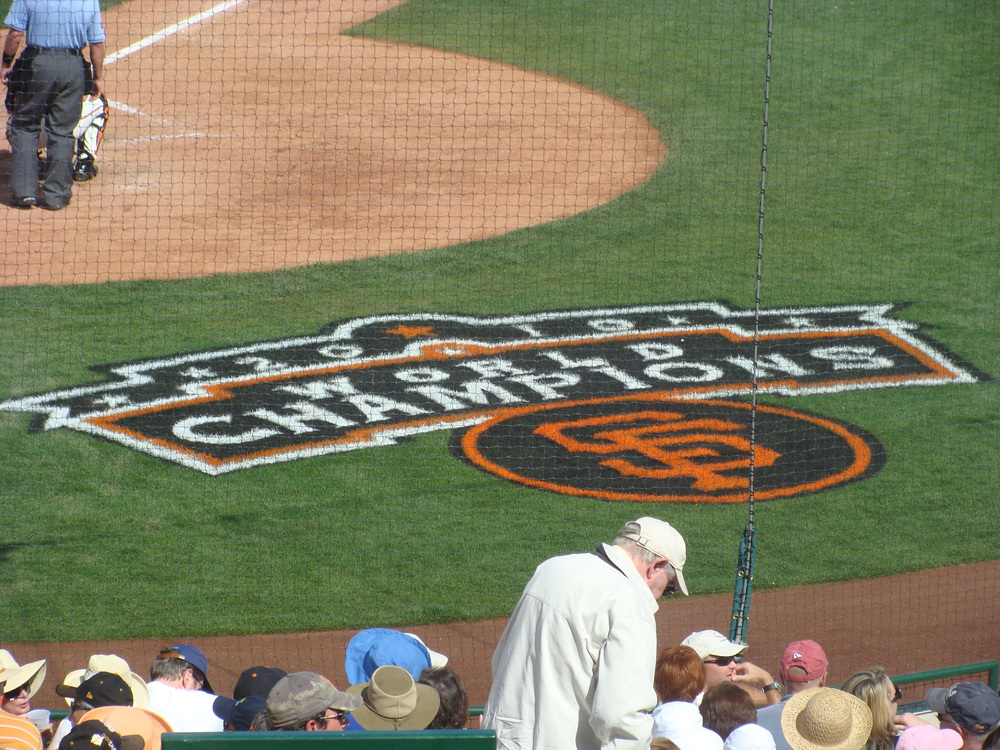 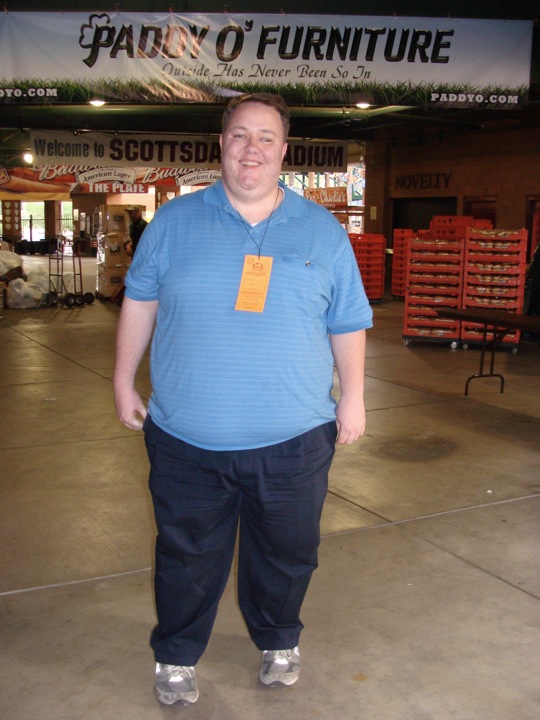 Matt Kemp awaits a pitch in Scottsdale (left), where Don Mattingly and Trey Hillman took in the action from an interesting vantage point (right): 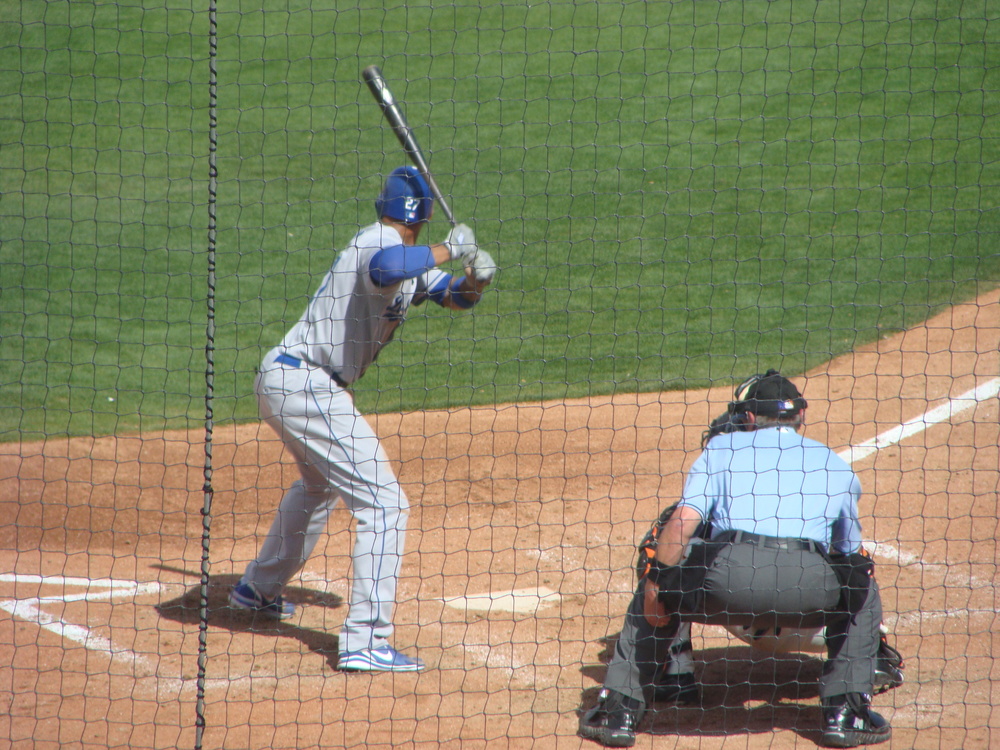 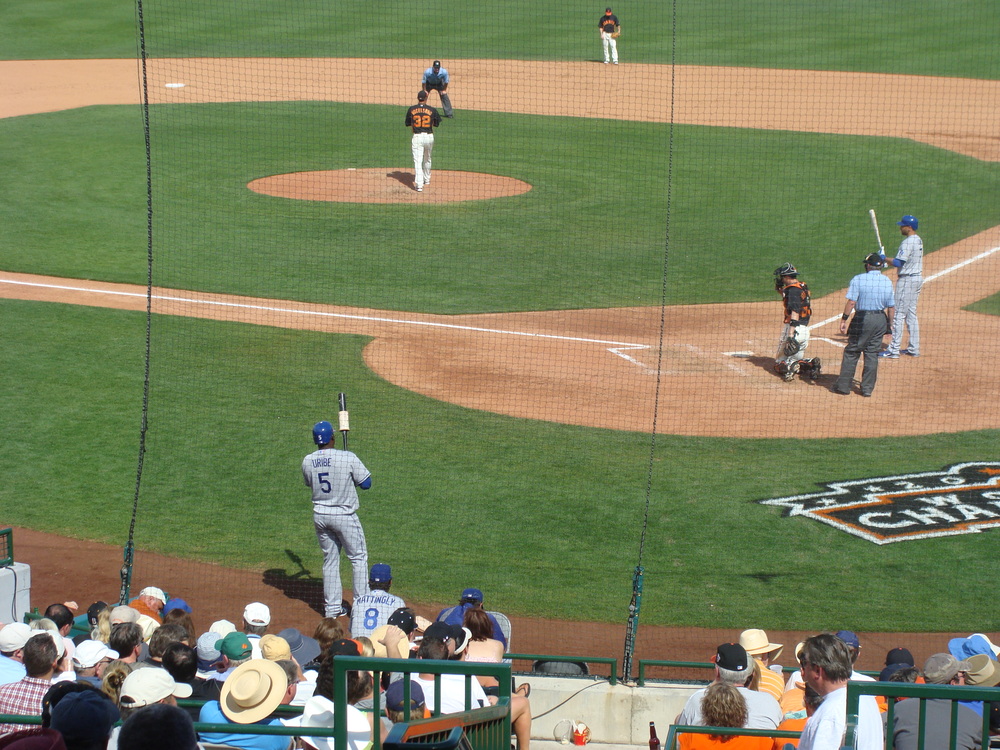 Kenley Jansen threw the ball really, really hard against the Giants (left), but one time Kemp - such a space cadet - forgot his bat (right): 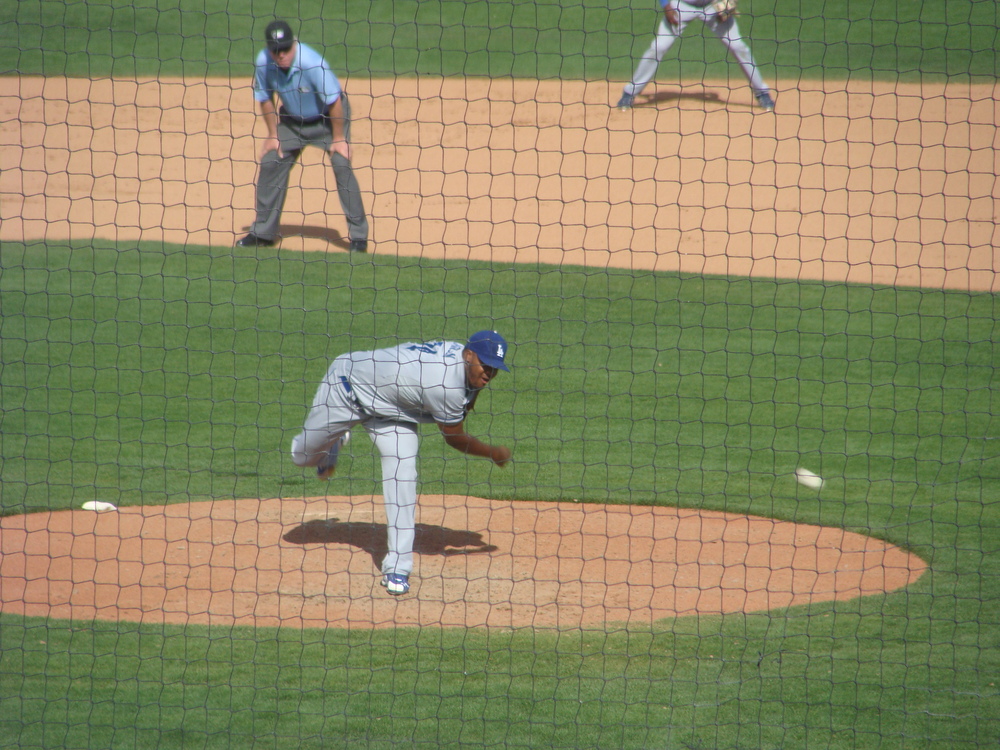 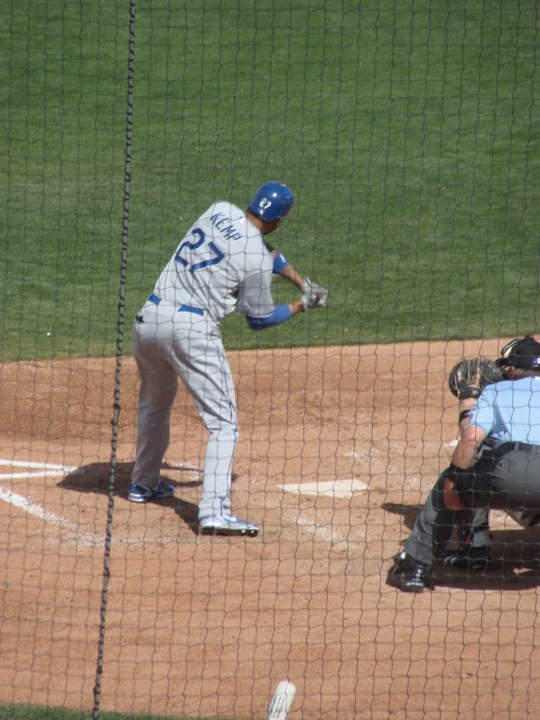 This may be my favorite bar in Arizona: 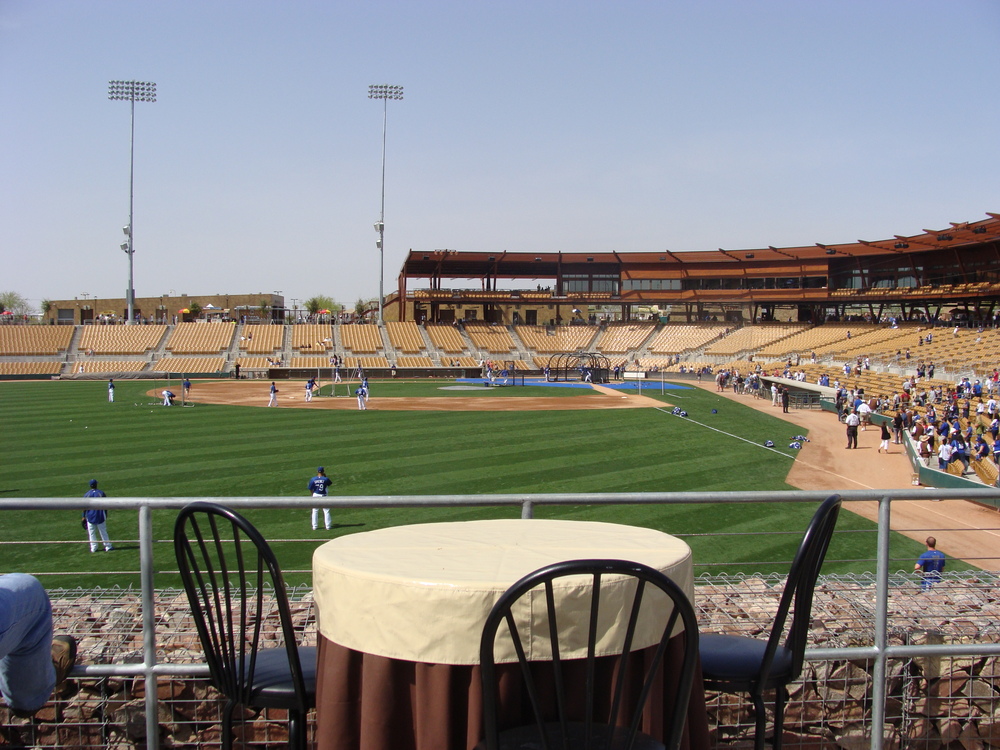 This is the first time we saw Hector Gimenez hit right-handed. We noticed that the Vector didn't use batting gloves, but I don't remember if we reported this important and manly fact: 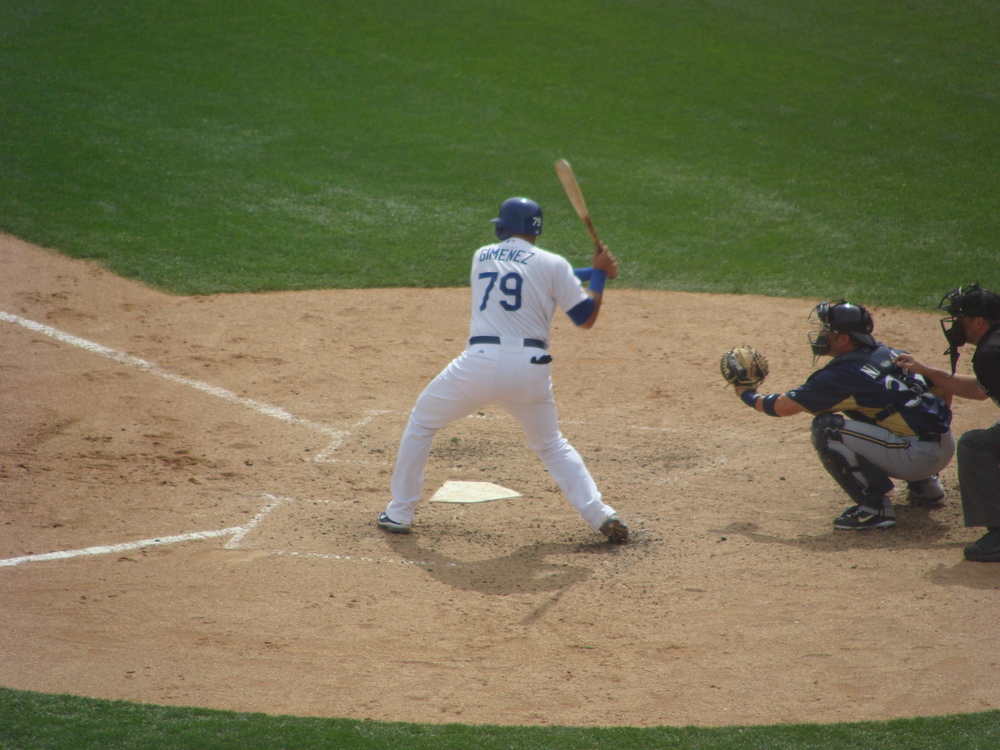 Typical views from the press box at Camelback Ranch. 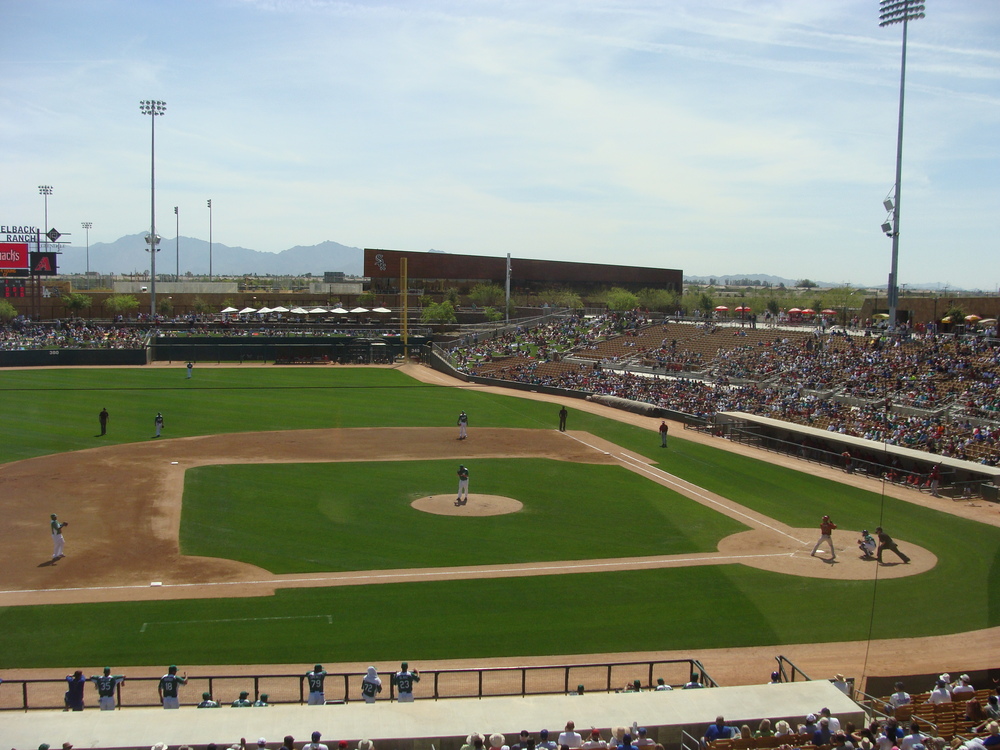 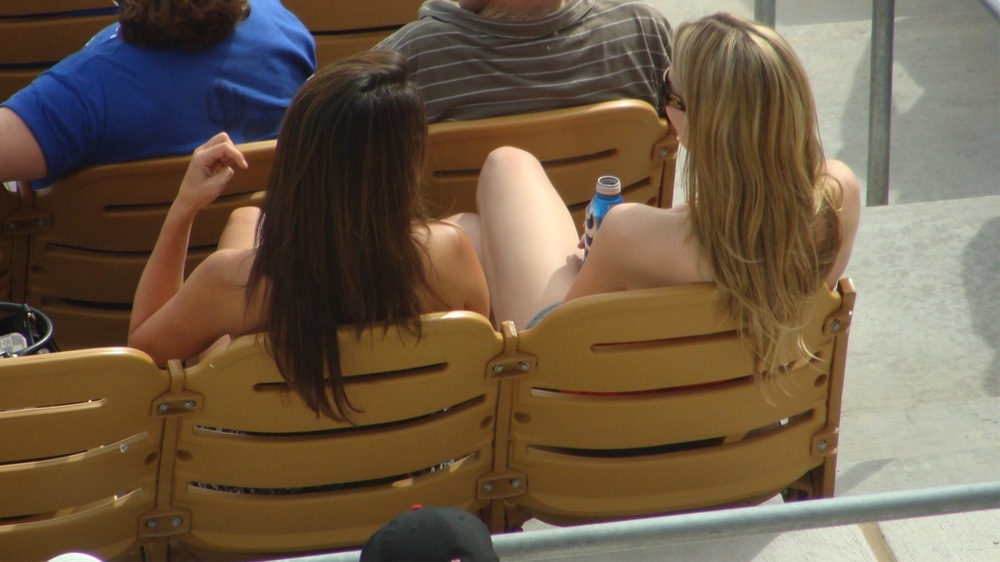 For those readers that are attracted to the Y chromosome, here are a couple photos of handsome ballplayers. You certainly know the man on the left, Andre Ethier, of course. On the right is current Albuquerque Isotope Trent Oeltjen. Add in his Aussie accent, and I can see why some might find him fetching in Dodger blue. 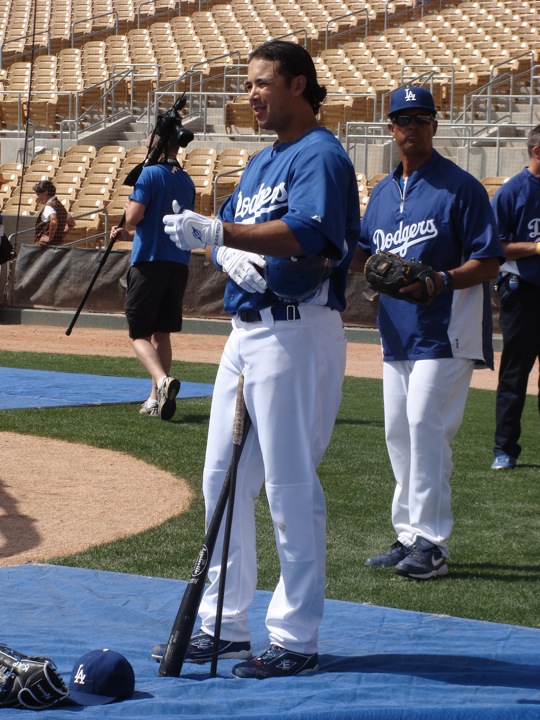 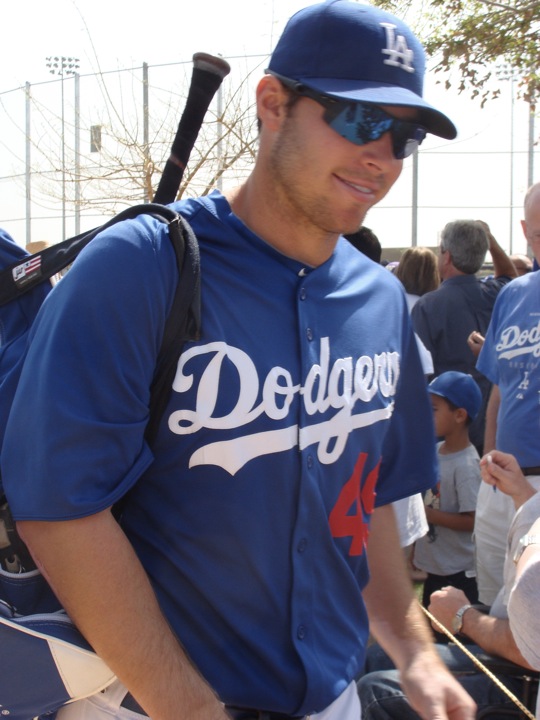