A Look Back At Ronnie Belliard As A Dodger

Share All sharing options for: A Look Back At Ronnie Belliard As A Dodger

Ronnie Belliard decided to retire on Tuesday, finishing up his professional career with the Triple A Lehigh Valley IronPigs, the Triple A affiliate of the Philadelphia Phillies. Belliard's last major league action came as a Dodger in 2010, but he will forever be remembered in Dodger lore for his contributions down the stretch in 2009.

Belliard was acquired from the Nationals on August 30 for minor league pitchers Luis Garcia and Victor Garate. While it was fun to hope Belliard might replicate some of the magic from another late August pickup from Washington, Marlon Anderson (who hit .375/.431/.813 with seven home runs in 25 games in 2006), it didn't seem likely. However, that's just what Belliard did, hitting .351/.398/.636 with five home runs and 17 RBI in 24 games. He filled in for Casey Blake at third base, and more surprisingly supplanted All-Star and Gold Glove winner Orlando Hudson at second base. Belliard started all eight playoff games at second base that season, one of the more surprising maneuvers in recent Dodgers history.

Here are some fun facts about Belliard's time in Los Angeles: 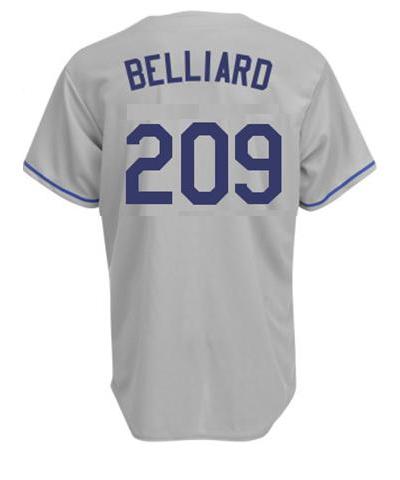 Farewell, Ronnie. You will be missed.