Dodgers' Next Win In St. Louis Will Be Rare, Grand

Share All sharing options for: Dodgers' Next Win In St. Louis Will Be Rare, Grand

The Dodgers open a series against the Cardinals at Busch Stadium on Monday night, hoping to reverse a disturbing trend. The Dodgers have not won a regular season series in St. Louis since 2003:

Good thing the 2009 NLDS existed. At least the Dodgers have some positive memories in St. Louis: 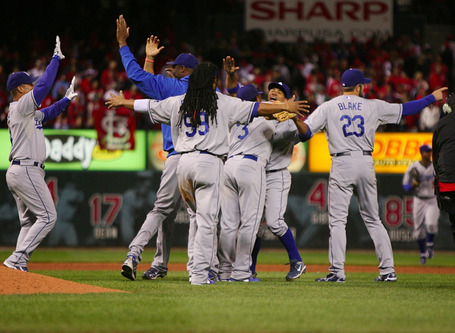 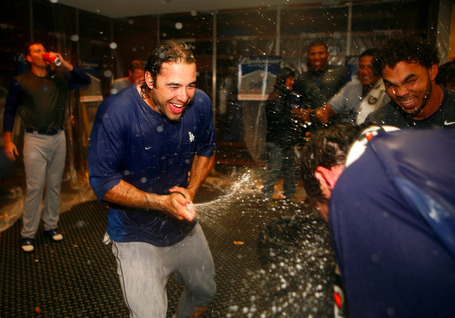 On the mound tonight, Nathan Eovaldi makes one of his final starts of the year, nearing his innings limit, before heading to the bullpen for September, if not before. Eovaldi has impressed in his first three major league starts, allowing four total runs in 17 innings. There might be a bit of concern that he has had more walks than strikeouts in each of the last two outings, but overall Eovaldi has pitched reasonably well. The last Dodger to begin his career with three games of five innings or more while allowing two or fewer runs was Jim Neidlinger in 1990.

Carpenter threw seven shutout innings at Dodger Stadium on April 17, a game more remembered for Ryan Franklin serving up a two-run home run in the ninth inning to Matt Kemp. In three starts against the Dodgers since the beginning of 2010, Carpenter has allowed one run in 22 innings.

Don Mattingly changed things up today. This is the first time Andre Ethier and Matt Kemp have started at anywhere other than third or fourth, respectively, in the batting order.