The overriding tone of Don Mattingly's Los Angeles comments seemed from me to be playful in nature, and that the manager was more concerned about the Dodgers and preparing for the season than anything outside of his control. I wrote a little more on Mattingly's comments for SB Nation Los Angeles.

"At the end of the day, if we do things right, worry about ourselves and take care of our business, we don't worry about what another team is doing," Mattingly said.

In the meantime, here are some photos from the first full squad workout on Tuesday. New Dodgers starting pitchers Chris Capuano and Aaron Harang shagged flies in the outfield. 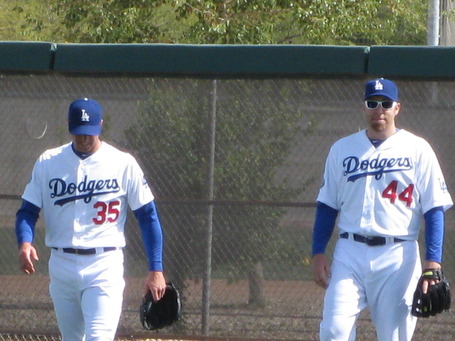 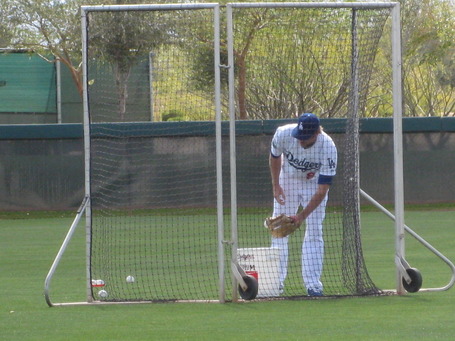 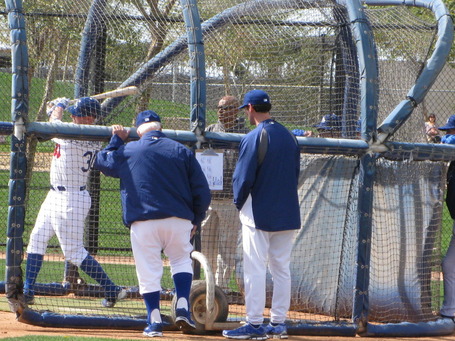 At the end of the workout, Davey Lopes instructed all the non-pitchers on baserunning, starting at first base... 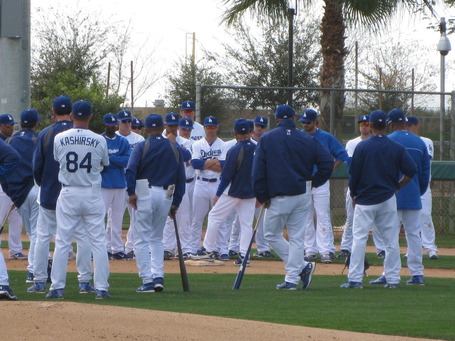 ...and finished up at third base. 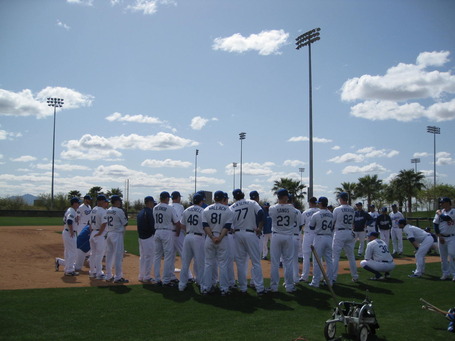