Share All sharing options for: Dodgers Young Pitching On Display In Tucson

The Dodgers split a pair of afternoon games on Friday, falling to the Royals 2-0 in Surprise in a game that took seemingly half as long as the game in Tucson, a 17-4 win over the White Sox (the discrepancy wasn't that bad, as the game in Surprise took 2:18 compared to 3:33 in Tucson).

The Dodgers put up 17 runs, including a mammoth home run nearly onto the street beyond left field and three more hits, including a triple, from Dee Gordon, but the story of the day in Tucson was the showcase of the organization's young pitchers. 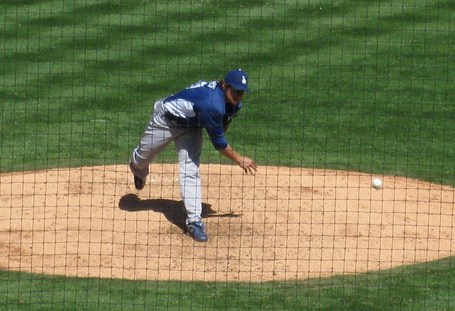 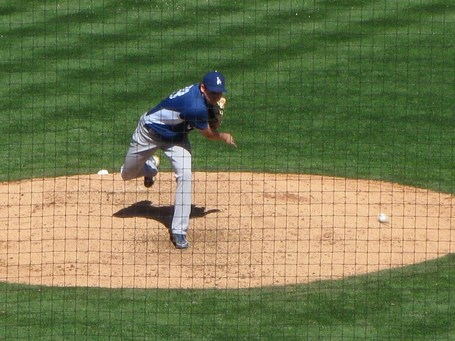 Dueces were wild for Ethan Martin, 22, who allowed two hits, two runs, and two walks, but also had two strikeouts in his inning. 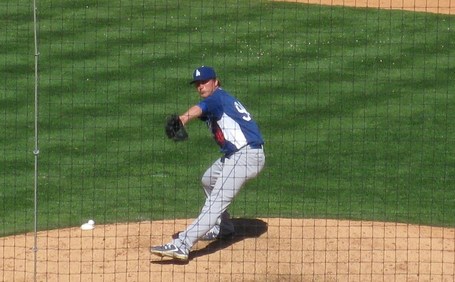 Angel Sanchez, 22, allowed a hit in his scoreless inning, with one strikeout, and I unfortunately did not snap a photo of him while pitching.

Zach Lee, 20, pitched a perfect seventh inning, allowing a pair of groundouts to second base to go with his strikeout. Outside of Eovaldi, Lee was the most impressive pitcher of the day to my naked eye. 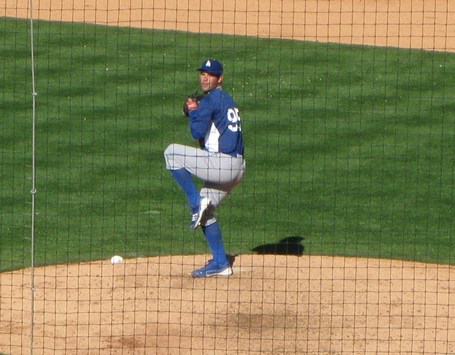 Chris Reed, 21, struck out two in his scoreless inning, walking one. 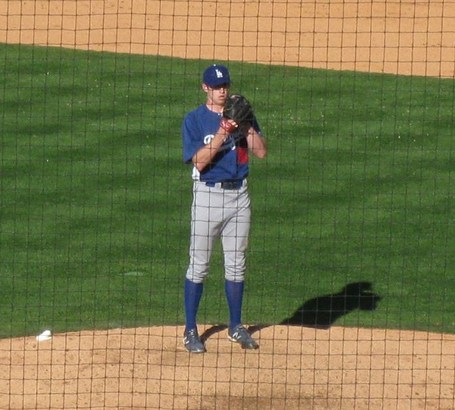 Reigning organizational minor league pitcher of the year Shawn Tolleson, 24, pitched a perfect ninth inning to close out the game. 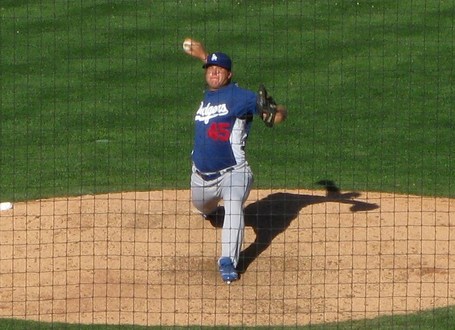 I'll hopefully have a few videos up later tonight, if not tomorrow.

The Dodgers return to Camelback Ranch to host the Cleveland Indians, with Chris Capuano starting for the Dodgers against old friend Derek Lowe for the Indians. Also slated to pitch for the Dodgers are Jamey Wright, Mike MacDougal, Todd Coffey, and Scott Rice.