The first 40,000 fans at Dodger Stadium on Apr. 15 will receive the giveaway.

The Dodgers on Thursday celebrated what would have been the 94th birthday of Jackie Robinson - have you seen Google today? - by revealing the statue giveaway for Jackie Robinson Night at Dodger Stadium on Apr. 15 against the Padres. The first 40,000 fans with a ticket will receive a statue featuring Robinson and former teammates Don Newcombe and Roy Campanella.

The 7:10 p.m. PT game will mark the 66th anniversary of Robinson breaking the color barrier in MLB, and the Monday night game will be played just three days after the release of the movie '42,' about Robinson.

Robinson, Campanella, and Newcombe combined for five MVP awards in an eight-year span.

Here is a full view of the statue: 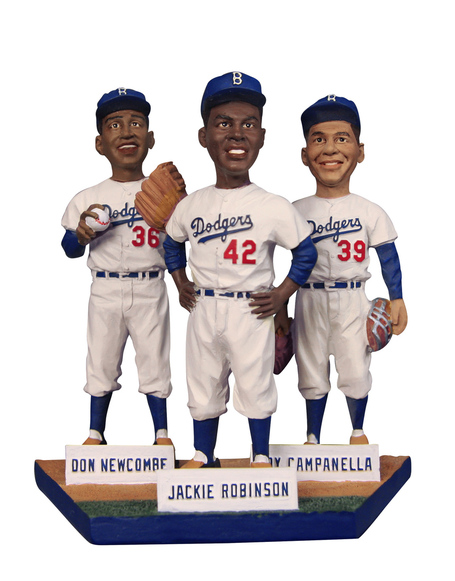