Ethier has not played center field since Sept. 13 and has one major league plate appearance since then.

LOS ANGELES -- Dodgers outfielder Andre Ethier joined the team for their workout at Dodger Stadium on Tuesday morning, but his status for the NLDS remains in question. He is dealing with a left ankle sprain so serious that he estimated that had it happened earlier in the season he would have been completely shut down for three to four weeks.

"It's just frustrating with all the hard work and the effort all year. The reason why you do that is to get to this point and play in the playoffs. We're just trying to figure out a way to have me contribute and help any way I can," Ethier said. "We're where we want to be at this point, but it's a decision we'll make over tonight and tomorrow morning."

Ethier played catch on field and took batting practice Tuesday but hasn't yet tested his ankle by running the bases. And he might not run until Wednesday at the earliest. 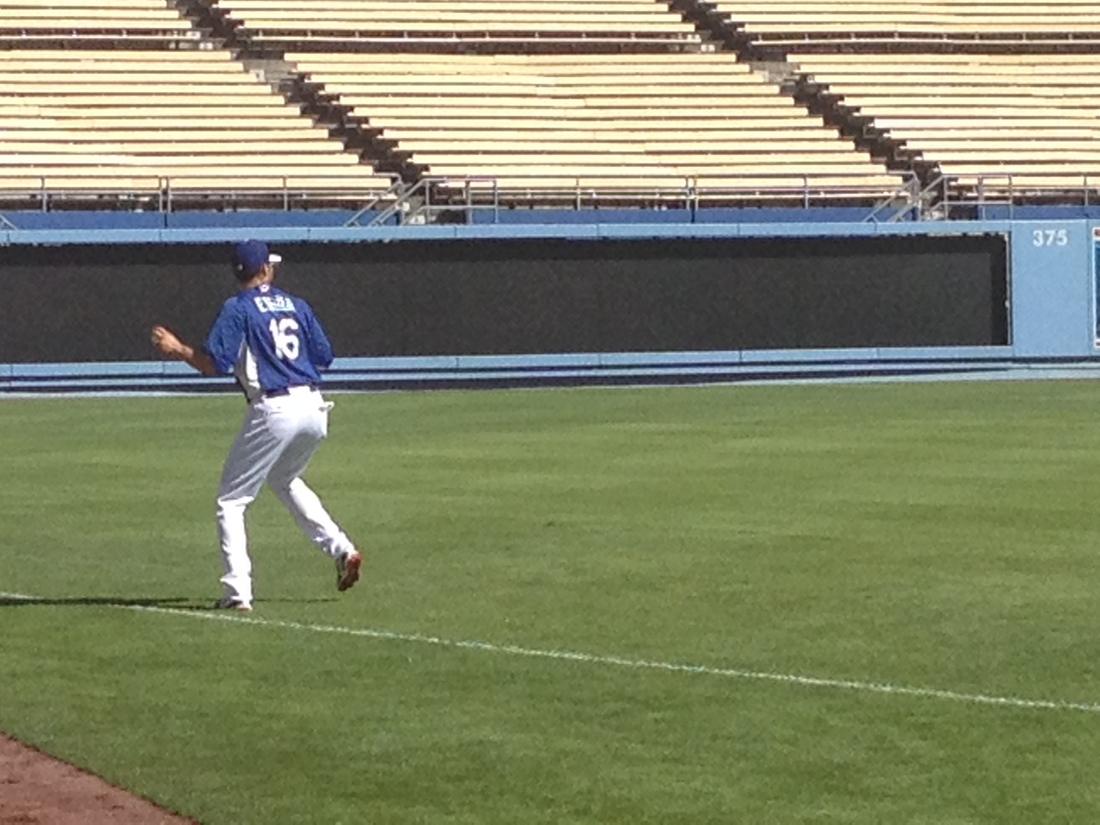 Even if Ethier can't play center field to start the NLDS, which opens Thursday in Atlanta, he could make the roster as a pinch hitter, which seems like the most likely option at this point.

"He may be able to do enough today to show us, okay, we'll be able to do X things with him and that's enough for us," Mattingly said.

NLDS rosters are due to the MLB offices by 7 a.m. PT on Thursday morning.

With Ethier unlikely to play the field, the most likely center fielder for the Dodgers is Skip Schumaker, who started 17 games in center field and played 12 more games in reserve at the position.

"I've started postseason games there before. I don't think that's going to be a problem," Schumaker said. "We're a better team with Andre Ethier or Matt Kemp out there. I haven't been told anything yet but I'll be ready to play if given the chance

"If I'm out there, I feel good enough to contribute."

Yasiel Puig is also an option, though perhaps only against left-handed pitchers if at all. Southpaw Mike Minor starts for the Braves in Game 2. Puig, who will otherwise start in right field, is playing his first major league playoff series.

"I take every game with a lot of intensity. There are a lot of fans that come to every game and I want to put on the best show possible. But I understand I need to keep things under control for the playoffs, in terms of nerves and intensity," Puig said, through an interpreter. "I'm ready to play wherever the team wants me to play."