This is the fourth time the Dodgers and Cardinals have met in LA post-season history, the Dodgers have won one of the previous three times. This will be the second time they have faced each other in the NLCS.

Share All sharing options for: Dodgers, Cardinals meet in playoffs for 4th time

The Dodgers don't have a long postseason history against the St. Louis Cardinals.  They have only played 13 games in three prior series, the Cardinals have won seven of those games and two series, compared to six wins and one series for the Dodgers.

1985: In their first NLCS meeting, the Dodgers won the first two games at Dodger Stadium by the scores of 4-1 and 8-2 with Fernando Valenzuela and Orel Hershiser winning their starts respectively.  Until this season, the Dodgers would have needed just one more win but this was the first year that the NLCS went to a best-of-seven. 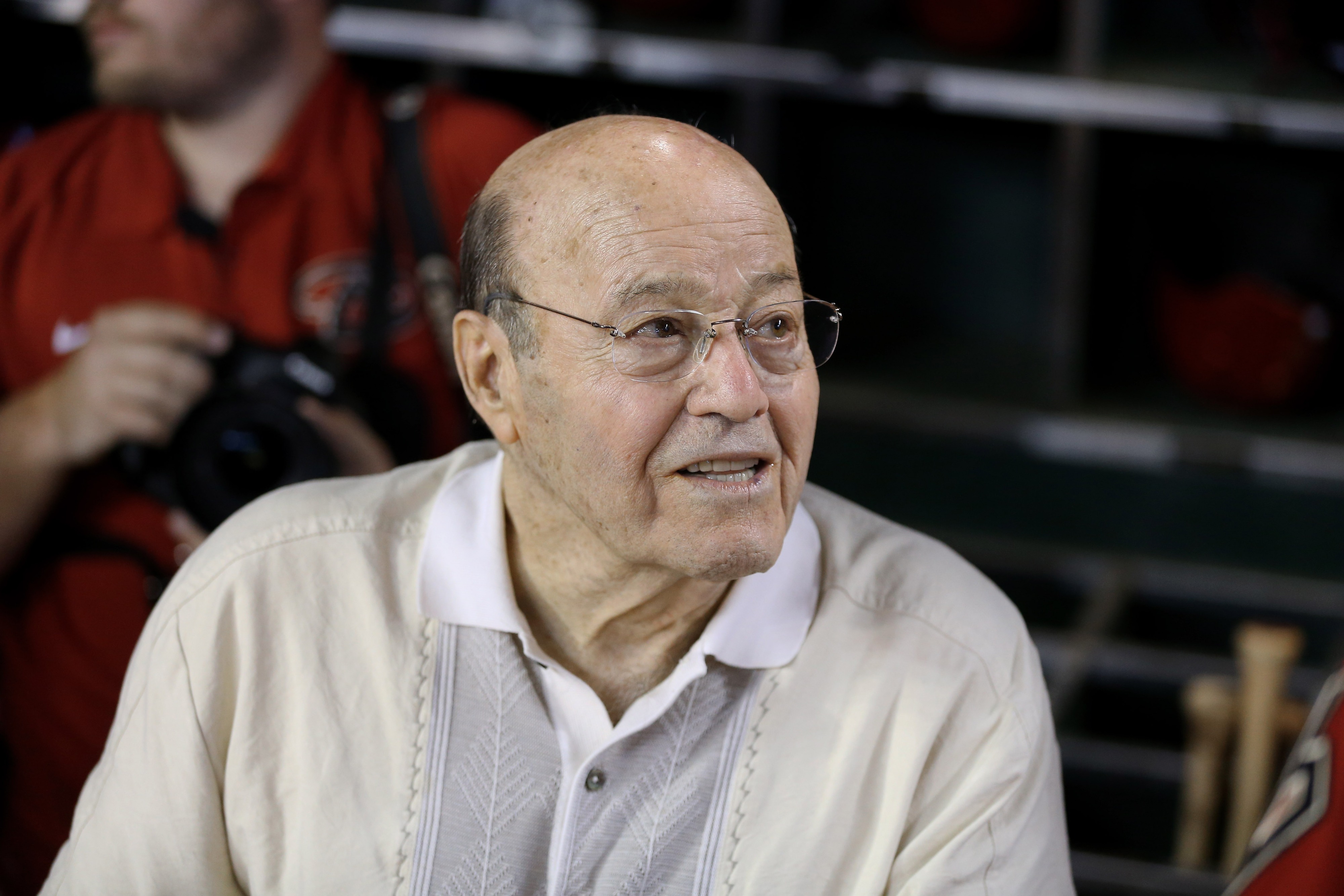 After both the Brooklyn Dodgers and Cardinals tied at 96-58, the two teams met in the first playoff in MLB history. The two teams played a best-of-three series that were technically regular season games. A 20-year-old rookie catcher named Joe Garagiola (above, 67 years later) went 3-for-4 with two RBI in a 4-2 win in St. Louis, then two days later third baseman Whitey Kuroski and right fielder Enos Slaughter combined to drive in five runs in an 8-4 win at Ebbets Field to give St. Louis their fourth NL pennant in five years.

The Cardinals would win the next two games as easily as the Dodgers won the first two games with former playoff stalwarts, Bob Welch and Jerry Reuss taking the losses in St. Louis.

Game 5 featured Fernando Valenzuela back on the mound for the Dodgers but the Cardinals would take an early 2-0 lead, the Dodgers would tie the game at 2-2 and that score continue until the bottom of the ninth.  And then Cardinals announcer Jack Buck had reason to say this:

Go crazy, folks! Go crazy! It's a home run, and the Cardinals have won the game, by the score of 3 to 2, on a home run by the Wizard! Go crazy!"

Game 6 brought the teams back to Los Angeles and the Dodgers would take a 5-4 lead back to the top of the ninth inning.  An aside, Tom Niedenfuer was on the 1981 World Series team and he is one of two Los Angeles Dodger pitchers to pitch over 300 games and never start a game.  The other is Jonathan Broxton.

Andy Van Slyke was on deck but for manager Tommy Lasorda the game was at the plate as the Cardinals had runners at second and third and Jack Clark up.  Clark hit a game winning three-run home run and the Cardinals won their fourth straight game and the series.

From Gordon Edes in the Los Angeles Times:

It was a mission accomplished for Clark, a long day's journey into night for Niedenfuer.

"He did his job, I didn't do mine," the Dodger reliever said afterward, his back pinned to his locker by a media horde, just as it had been in Busch Stadium two days before.

"How would you feel?" he said. "It's just like the other day, when Ozzie hit one. It's not the highlight of my career, if that's what you mean."

2004: The Dodgers had not been to the playoffs since 1996 and as the thrill of Steve Finley's walk-off division winning grand slam wore off, they went off to play the best team in the National League that year, the St. Louis Cardinals in the best-of-five NLDS.  The Cardinals were an offensive power house with Albert Pujols, Jim Edmonds, Scott Rolen and Larry Walker on that team.

From Jason Reid's game recap in the LA Times:

"I told you I was going to bring my 'A' game. I wasn't going to let these guys down," said Lima, who dropped to one knee, pumped his right fist and prayed as the Dodgers and the crowd celebrated the final out.

"I was going to bring everything I have in my heart for this ballclub and to the fans.... Our season was not going to end this night. No way."

The Dodgers would be eliminated the next night, losing to the Cardinals 6-2.

2009: The Dodgers made their second consecutive playoff appearance and hosted the Cardinals in the NLDS. The Dodgers defeated Chris Carpenter by a 5-3 score as the Dodger bullpen pitched 5⅓ innings in the win.  The next day, the Dodgers would trail 2-1 going to the bottom of the ninth but then with two outs, James Loney would loft a soft liner to left field that Matt Holliday, couldn't corral. Out own MammothDodger was there to capture the moment: 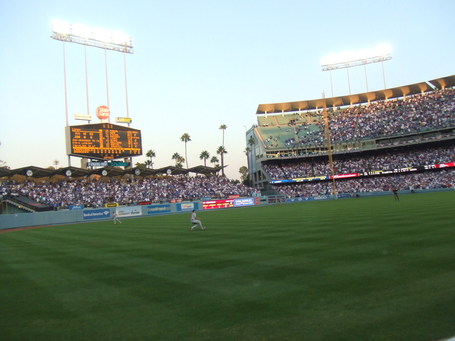 Casey Blake followed with a walk, Ronnie Belliard singled home the tying run, Russell Martin would get the intentional walk and then Mark Loretta would dunk a ball into center for the game-winner. Eric Stephen wrote about the comeback the morning after:

The playoffs are a crazy beast.  Fortunes can change just like that.  The Holliday error was huge yesterday, but it wasn't the only reason the Dodgers won.  Game 2 was a reminder that Yogi Berra was right: baseball is never over until it's over

Game 3 featured a nice pitching by Vicente Padilla and Andre Ethier would get a double, triple and a home run in the 5-1 clincher.