1988 Dodgers: NLCS Game 7 vs. Mets, a masterpiece by Orel Hershiser

25 years ago Saturday, Orel Hershiser pitched the best game of the NLCS as the Dodgers punched their ticket to the Fall Classic, defeating the mighty mets (small "m" intentional) 6-0 to win the series 4-3.

Share All sharing options for: 1988 Dodgers: NLCS Game 7 vs. Mets, a masterpiece by Orel Hershiser

Despite the best plans in the world, fate can be sealed so quickly all one can do is just watch it play out and hopefully learn from it.  The Mets knew they hadn't yet seen the Orel Hershiser of September 1988. The one that had pitched against them in three games so far in this series was very good, but he wasn't the guy who had all those shutouts.

They saw him in Game 7 of the NLCS.

The Mets hoped to get out in front early and not have Hershiser pitch with a lead. But they didn't score in the top of the first, and the Dodgers first three batters singled, doubled and hit a sacrifice fly for a 1-0 lead. Hershiser recorded a second zero and then the Mets played fast and loose with the baseball. 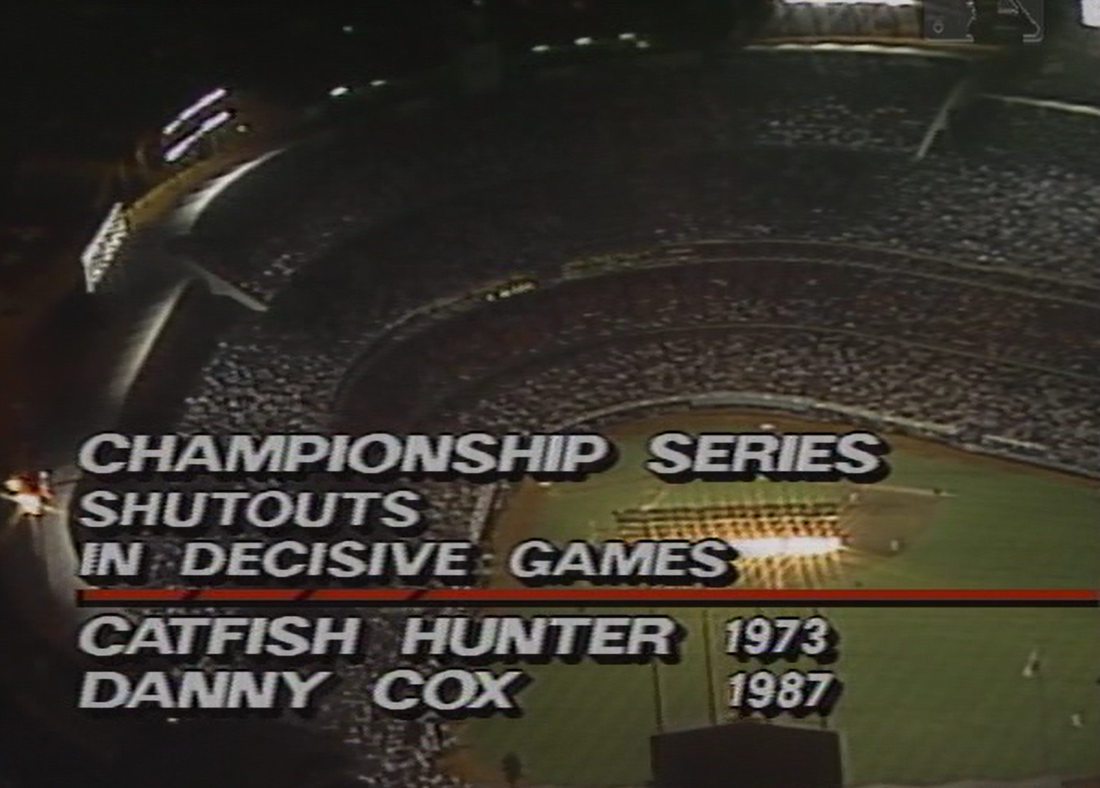 ABC showed this graphic entering the top of the ninth inning, with Hershiser about to join select company.

The bottom of the second is hard to describe. The Dodgers would send 11 batters to the plate, and what they got was five runs, four hits, two errors, two intentional walks, and when they made the third out, they left the bases loaded.  Ron Darling started this game for the Mets and he only officially pitched 1 inning and all five batters he faced in second reached base and scored.  Dwight Gooden would make the first relief appearance of his career in that inning.

The Dodgers now had a 6-0 lead and Hershiser on the mound. If you were one of the 55,693 at Dodger Stadium that night, you may have had to wait seven innings to see the Dodgers win the series, but had a great time doing so.

Hershiser would continue on the mound and Sam McManis of the LA Times wrote about what happened next in his game story:

Making his third start--and fourth appearance--in 9 days, the Dodger right-hander was in control after a shaky first inning. With his complete game Wednesday night, Hershiser set a league championship series record for most innings pitched, 24. The previous high was 22, held by Boston's Roger Clemens in the 1986 American League playoffs.

Having started games 1 and 3, earning a save in Game 4 and warming up in the bullpen in Game 5, Hershiser showed little signs of tiring.

That record still stands and has never really been challenged.

Many Dodgers felt that the Mets were the better team in the regular season but nonetheless they thought they could win it.

Hershiser was one of several Dodgers who felt the "better" team didn't win the series, as he told Ross Newhan of the LA times:

Were the Mets the better team?

"I don't think there's any doubt about it," Hershiser said. "In some ways I still don't believe we beat them.

"That's why everyone in here is even happier than we would normally be. We're not a team of destiny. We're not a dominant team. We're a team of balance that works hard and plays with its heart.

"When we're firing on all cylinders, when we're bunting and moving runners and doing all the little things, we can beat anyone. When even one of the cylinders breaks down, we can look like a high school team."

Hershiser wouldn't be available to pitch Game 1 of the World Series, that start would go to rookie Tim Belcher.  Also, Kirk Gibson left the game after the third inning with hamstring problems, leaving his status for the World Series unknown. Gibson and fellow injured star Fernando Valenzuela shared a moment in the Dodgers dugout while their teammates celebrated on the field. 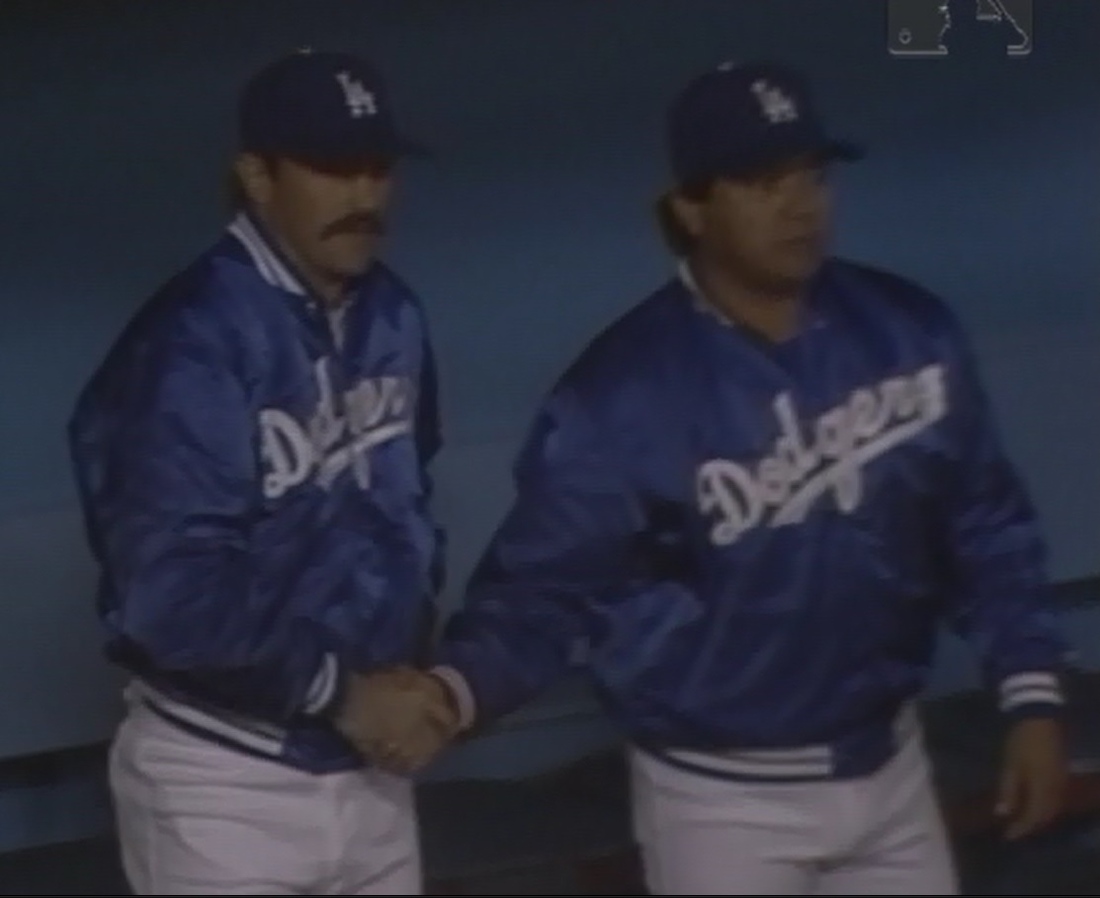