Gonzalez and Puig each drove in their first runs of the NLCS in Monday night's Game 3, and in front of their home fans they celebrated. Oh, the horror.

LOS ANGELES -- Just as the Cardinals did at various points in their two victories in St. Louis over the weekend, the Dodgers were in a celebratory mood at Dodger Stadium on Monday night in their 3-0 victory over the Cardinals in Game 3 of the NLCS.

That celebration culminated with a pair of run-scoring extra-base hits in the fourth inning. The first was a double by Adrian Gonzalez (GIF courtesy of Chad Moriyama):

The second celebration was by Yasiel Puig on his triple to score Gonzalez. Puig thought it was a home run at first, but it wasn't. Then he ended up on third anyway, easily. Just watch:

Puig acted as if it was a home run right away,celebrating after the box. He said through an translator after the game that he was trying "just to get as many bases as I could on my hit."

Dodgers manager Don Mattingly just laughed when asked about Puig after the game.

"I think he's just excited," Mattingly said. "He's just emotional, and it's areas that we want to keep getting better at.  I would like to see him run right away because I just don't think you can assume the ball's going out of the ballpark."

Cardinals pitcher Adam Wainwright, against whom both celebratory hits were charged, was less than pleased. But amazingly not at the rookie Puig, but rather the veteran Gonzalez.

"I didn’t see Puig’s reaction. I saw Adrian doing some Mickey Mouse stuff at second," said Wainwright (thanks to Pedro Moura of the Orange County Register for the quote, as I wasn't there to gather myself.

By the time Gonzalez and Puig entered the interview room after the game, the Wainwright gripe has circulated, and Gonzalez was asked about it.

"We are in LA. Mickey Mouse is only an hour away," Gonzalez said, laughing. "It fits us. I did what I always do."

And to be fair, Gonzalez is an expert on the suject. 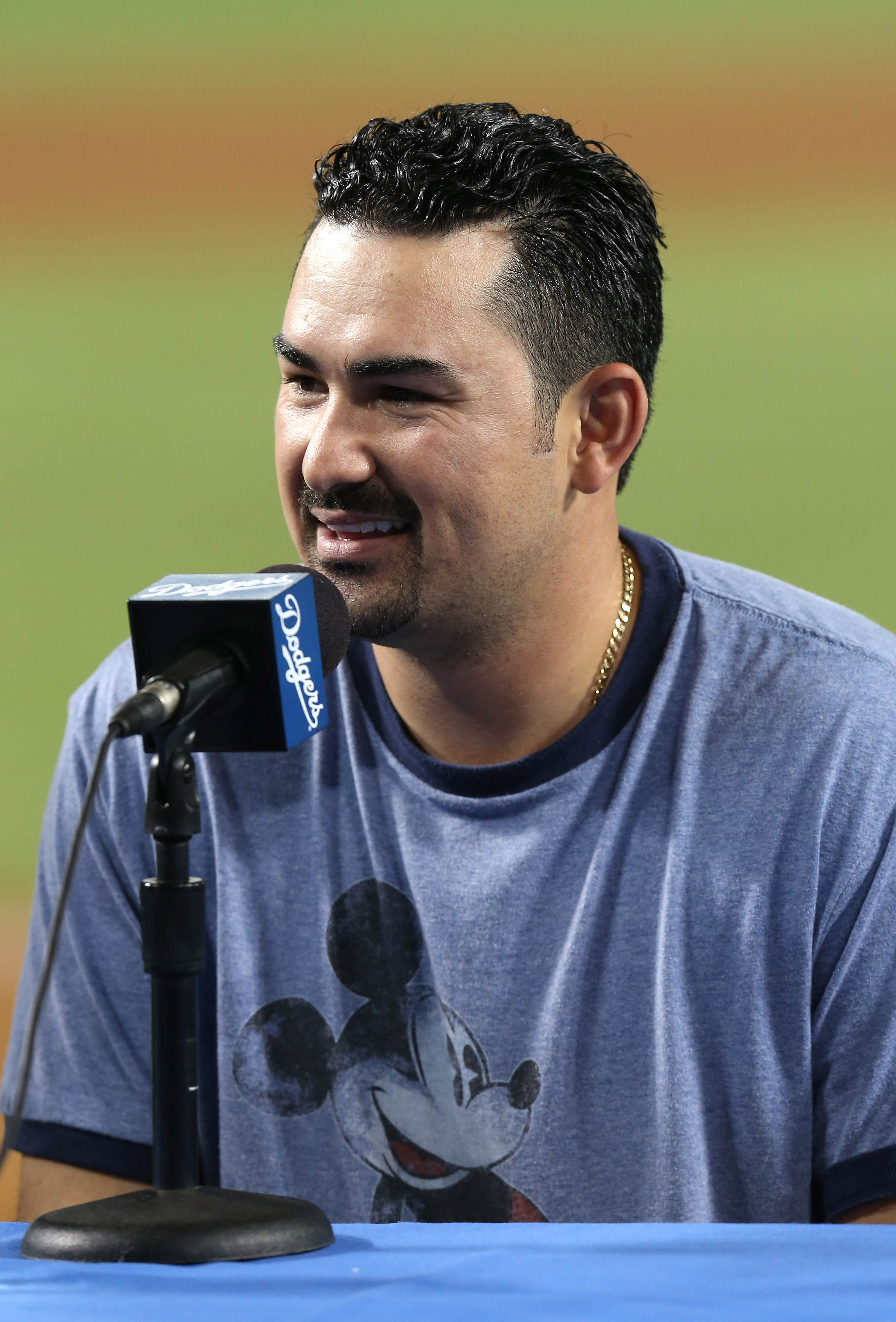 Puig added more about his style of play.

"I'm always having fun in the field. In St. Louis it was obvious I wasn't having much fun, as I was really focused on trying to get a hit," Puig said. "Getting back to Los Angeles and with the help of my teammates I was able to get back to having fun. That's all it really is for me, as having fun playing the game."

On Monday night, Dodger Stadium just might been the happiest place on Earth, at least for the Dodgers and their fans.