The Dodgers' top outfield prospect reached base 17 times in 29 plate appearances last week for Lara in the Venezuelan Winter League.

The bad news for Joc Pederson on Sunday was that he didn't walk, the first time in eight games he wasn't issued at least one free pass. The good news was that Pederson homered for Cardenales de Lara in a 5-4 loss to the Bravos de Margarita in the Venezuelan Winter League.

Pederson homered to center field in the sixth inning off old friend Carlos Monasterios, continuing his assault in Venezuela. He has four home runs, four doubles and a triple in 15 games for Lara, but what stands out is 26 walks in 70 plate appearances. Pederson is hitting .279/.543/.698, and in the last week (Monday to Sunday) was 5-for-17 (.294) with two home runs, two doubles, a whopping 12 walks, seven runs scored and three RBI in six games.

Joining Pederson in the outfield in Lara is Nick Buss, who had an RBI triple on Sunday in his second game with the team. Buss is 3-for-9 (.333) with a triple, a double and two RBI in two games in Venezuela. 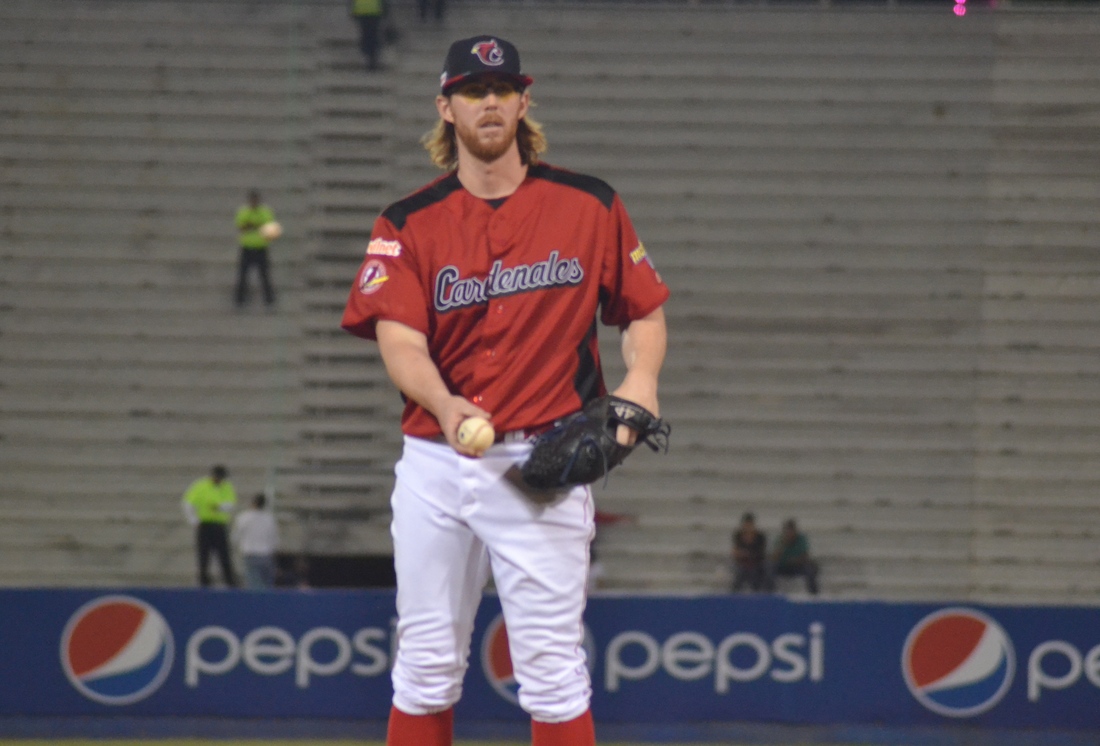 Red Patterson struck out seven and walked one in six innings for Lara on Sunday, allowing three runs in a no-decision. The right-hander during the week struck out 11 in 11 innings over two starts, with a 2.45 ERA.

In the Dominican Winter League, second baseman Rafael Ynoa was 2-for-4 with a triple and two runs scored for Aguilas Cibaenas on Sunday, his first two hits since joining the team five games ago.

Drew Butera joined the Estrellas de Oriente but has yet to play. But the biggest Dodgers name waiting to play in the Dominican is Alexander Guerrero, waiting for clearance to join Gigantes del Cibao.

In the Mexican Pacific League, Juan Noriega, who turned 23 in September, allowed his only run in eight appearances on Tuesday for Caneros de los Mochis. Noriega began 2013 with Class-A Rancho Cucamonga then spent two and a half months loaned to Monclova in the Mexican League. He closed out the season with the Quakes and struck out 12 in 7⅔ innings.