Gordon on Friday night was caught in a stolen base attempt for the first time since Aug. 29, when he was in Triple-A.

Craig Kimbrel is tough enough to face so that the Dodgers had two of their five hitters reach base against the Braves closer made it especially difficult that the tying run couldn't score. A key play was pinch runner Dee Gordon getting thrown out trying to steal second base, a close and controversial call.

A.J. Ellis walked with one out in the ninth inning against Kimbrel, and Gordon ran for the catcher at first base. With pinch hitter Andre Ethier at the plate Gordon tried to steal second, but was called out by second base umpire Bill Miller.

The throw by Gerald Laird was a bit short, but caught by shortstop Andrelton Simmons, who quickly applied a snap tag on Gordon for the out. But Simmons' initial tag may or may not have touched Gordon before he touched the bag, and there lies the rub.

Here is a photograph that on the surface might indicate Gordon is out (per Scott Cunningham of Getty Images), but even that is inconclusive as Simmons doesn't yet have the ball in his glove: 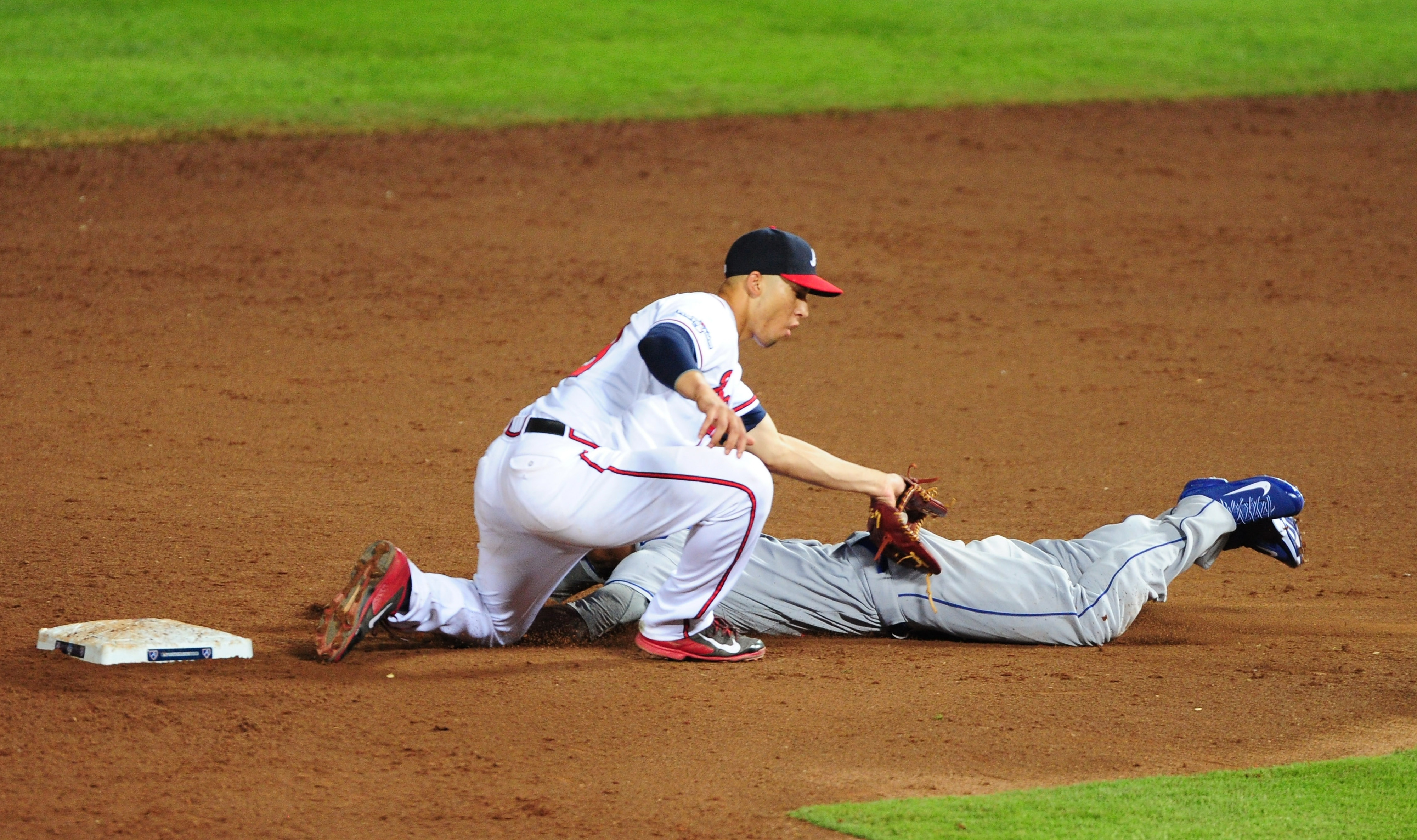 The TBS broadcast, which throughout these playoffs has had some technical flaws, was unable to show a replay with any sort of angle to conclusively show whether Gordon was safe or out.

"I was probably just as surprised as you were," Dee Gordon on being called out.

"I felt like he didn't tag me until I felt it hit my foot," Gordon added, per Alyson Footer of MLB.com. "That's really late. I was all over the base when that happened. It was just one of those days, I guess."

What do you think? (I wonder which way this vote will fall)