The Australian sidearming right-hander pitched 14 games in relief for the Dodgers in 2013.

A look back at the 2013 campaign of Peter Moylan, who signed a minor league deal with an invitation to spring training and ended up making a contribution in the Dodgers bullpen.

Moylan was fully healthy in 2013 and was productive in the hitter-friendly Pacific Coast League, putting up a 2.74 ERA in 38 innings, including four saves, 45 strikeouts and 17 unintentional walks in 46 innings with Triple-A Albuquerque.

After getting called up to the Dodgers Moylan didn't allow a run in his first seven appearances, with four strikeouts in six innings. 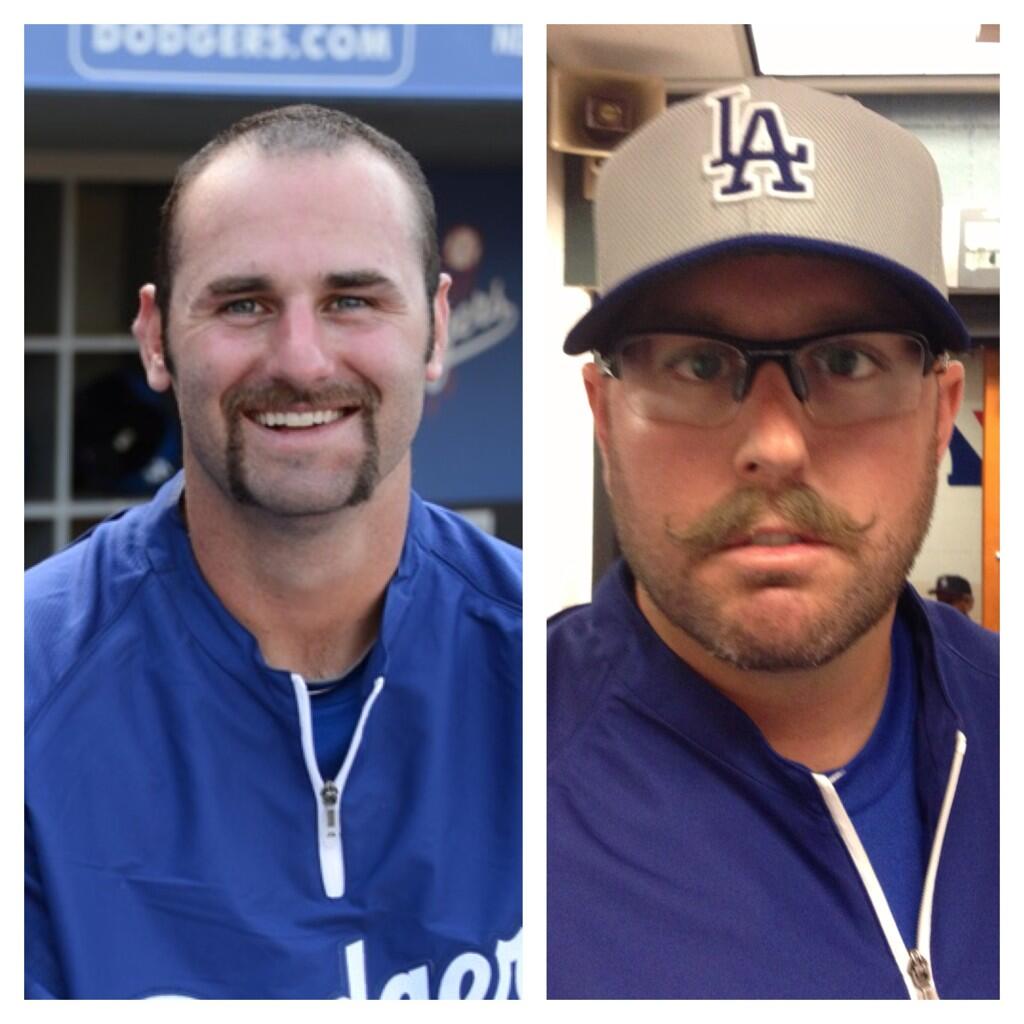 Scott Van Slyke was teammates with Moylan both with the Isotopes and Dodgers in 2013, and both had memorable facial hair.

"I'm the one that made him start growing the mustache at the start of the season," Van Slyke said in June.

"It was a joint venture, but I took it to another level with the boxing man mustache," Moylan retorted. "He's out of line."

After those seven scoreless appearances Moylan allowed eight runs in his next three relief outings, including five runs in two innings in a take-one-for-the-team effort on June 28 against the Phillies.

Moylan was sent back down to Triple-A, but returned in September, but only pitched in low-leverage situations the rest of the way. On the season with the Dodgers Moylan allowed 30 runners to reach base in 15⅓ innings, and only struck out two of his final 43 batters faced.

Small sample sizes, sure, but such is the life of a relief pitcher.

Moylan was designated for assignment by the Dodgers on Oct. 22 to make room on the 40-man for Cuban infielder Alexander. Moylan, who turns 35 on Dec. 2, signed a minor league deal this week with the Astros, something that made a fellow countryman proud:

Big congrats to @PeterMoylan for signing with the @astros !