Eric Chavez would be a nice addition to Dodgers bench

Chavez, 36, in a reduced role the last two seasons has hit 25 home runs, all against right-handed pitching.

Share All sharing options for: Eric Chavez would be a nice addition to Dodgers bench

The Dodgers have likely wrapped up their starting infield, agreeing to terms on Saturday with third baseman Juan Uribe on a two-year contract to return. But their work is not yet done, as the bench still needs to be rebuilt, either by free agency or trade.

One such option the Dodgers should consider is Eric Chavez, who spent 2013 with the Diamondbacks.

Uribe will be the primary starter at third base, but even then he is likely to receive regular rest throughout the season. Even once Uribe was entrenched at the position by July, he started only 52 of 68 games after the All-Star break. Extrapolated over a full season, that's roughly 40 starts left for Chavez, a good fit as a left-handed bat to complement the right-handed Uribe. 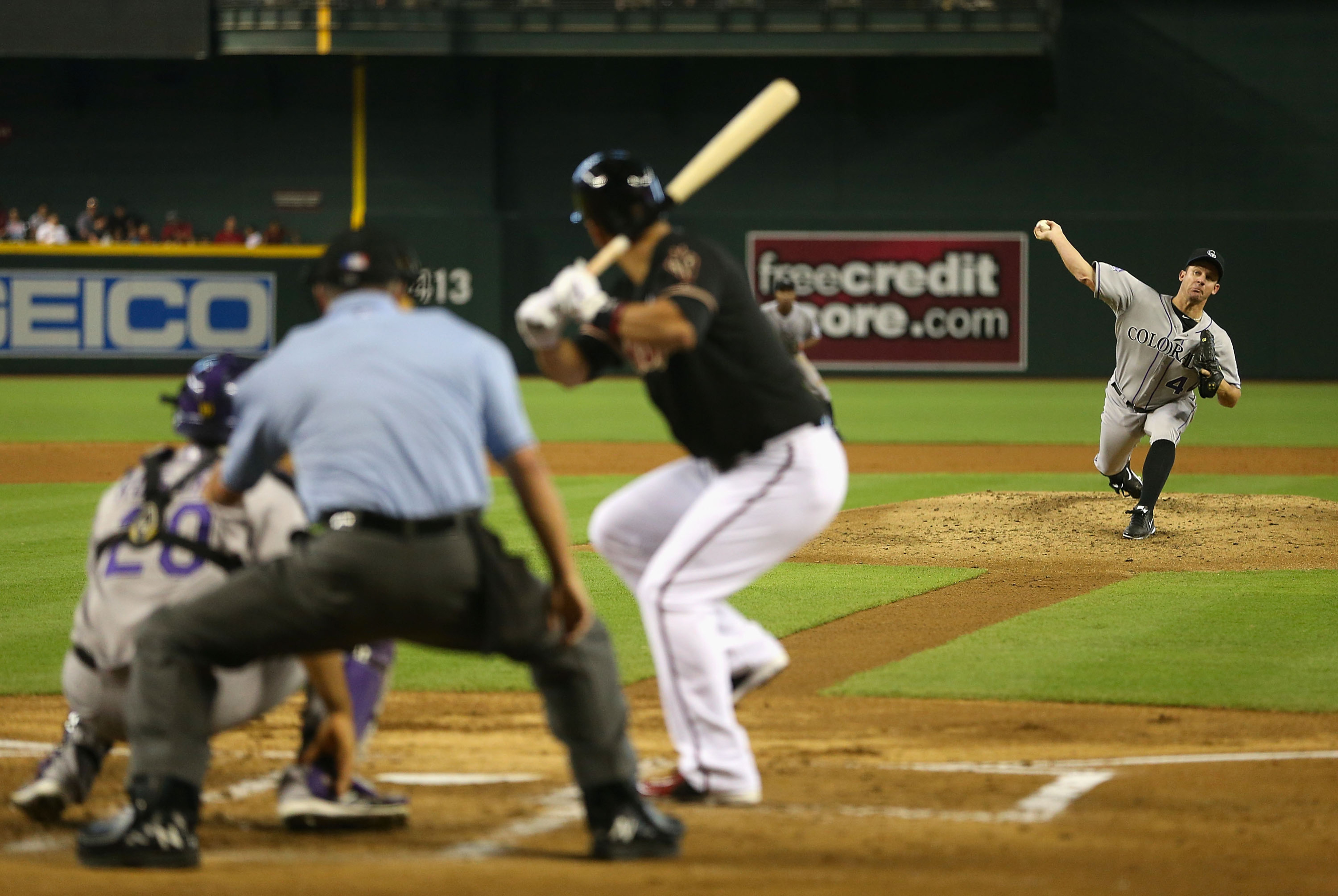 Chavez has been deployed almost perfectly in the last two seasons, facing right-handed pitchers in a whopping 87.5% of his plate appearances. On average, batters in MLB in 2012-2013 had the platoon advantage just 55.4% of the time.

There are still the questions of whether or not the Dodgers are interested, and whether or not Chavez is interested in Los Angeles. A report from Jon Heyman of CBS Sports last Tuesday at the winter meetings had "at least seven teams" interested in Chavez - the Rangers, Rays, Pirates, Diamondbacks, Braves, Yankees, and Nationals - and not one of them was the Dodgers.

"Chavy is approaching the offseason no different than he has the last fifteen offseasons," agent Scott Leventhal told Heyman. "He wants to play, and he wants to be part of a winner. He does not have his heart set on one team or one league. His mind is wide open."

That is a rather innocuous quote from an agent, and while the Dodgers qualify as a winner it remains to be seen whether Chavez would get enough playing time in Los Angeles. Even if he gets those 40 starts at third base, there might only be 10 or so other starts at first base for him.

Adrian Gonzalez started 148 games in the field in 2013, his lowest total since 2005, but five of those days off came in September after the division was all but wrapped up.

With the loss of Nick Punto and Skip Schumaker to other teams and Jerry Hairston retiring to reportedly join the Dodgers' television broadcasts, the bench is currently thin.

If the Dodgers do manage to keep all four "starting" outfielders, that will certainly strengthen the reserve unit, which currently consists of a backup catcher battle between Tim Federowicz and Drew Butera, a fifth outfielder battle between Scott Van Slyke and Mike Baxter, and maybe a spot for Dee Gordon as a super utility man of sorts, assuming 12 games in the Dominican Winter League is enough to convince the team he can play the outfield.

In other words, expect the Dodgers to still be active in acquiring players for the bench. Adding a power bat like Chavez would certainly help.