The Dodgers have reportedly added a trio of national broadcasters to their 2014 television crew, including a pair of immensely popular former players.

The Dodgers reached back into their past to join their TV broadcast team, reportedly hiring Orel Hershiser away from ESPN, per Steve Dilbeck of the Los Angeles Times.

Dilbeck also reports the club will hire Alanna Rizzo away from MLB Network for pre- and post-game show coverage. Rizzo worked two years at MLB Network after five years as a sideline reporter for the Rockies.

Hershiser has been with ESPN since 2006, and spent the last four years as an analyst on ESPN Sunday Night Baseball alongside play-by-play man Dan Shulman, with whom Hershiser also worked on ESPN Radio during the playoffs. 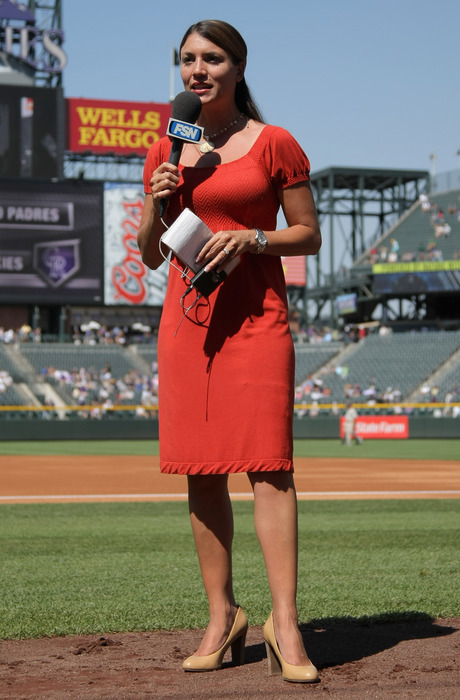 Hershiser was 135-107 with a 3.12 ERA, a 116 ERA+, in parts of 13 seasons with the Dodgers. He unanimously won the National League Cy Young Award in 1988, going 23-8 with a 2.26 ERA and eight shutouts, finishing the season with 59 consecutive scoreless innings to set a new major league record (he then added eight more scoreless innings to open the playoffs).

He left the Dodgers after the 1994 season and pitched for the Indians, Mets and Giants before returning to Los Angeles in 2000. That comeback attempt didn't end so well, as he allowed 36 runs and 67 runners to reach base in 24⅔ innings before retiring.

This comeback figures to go much smoother for Hershiser and the Dodgers. At the very least, Nancy Bea Hefley will get to play Master of the House more often, assuming Hershiser is around for home games he won't broadcast.

Both Rizzo and Hershiser saw the Dodgers' playoff run in person in 2013, as Rizzo covered both the NLDS against the Braves and the NLCS for MLB Network, while Hershiser and Shulman called every Dodgers playoff game for ESPN Radio.

The moves, along with the reported hiring of former Dodger Nomar Garciaparra away from ESPN, give the Dodgers three strong hires with national experience.

Hershiser is essentially taking what Dilbeck called an expanded Steve Lyons role, as analyst on TV broadcasts not done by Vin Scully. Those games will reportedly be called on play-by-play by Charley Steiner. Dilbeck also said there will be "several Dodgers-themed shows Hershiser will also be a part of."

Garciaparra, like Rizzo, will be a part of the pre- and post-game coverage. The hires are supposed to be announced this week.