A collection of miscellaneous notes from the first day at Dodgers camp at Camelback Ranch.

The Dodgers opened camp, officially, on Tuesday as pitchers and catchers reported to Camelback Ranch. The morning, though unseasonably icy in Glendale, started off on the right foot, as the press room in the Dodgers offices was lined with old Sports Illustrated covers. 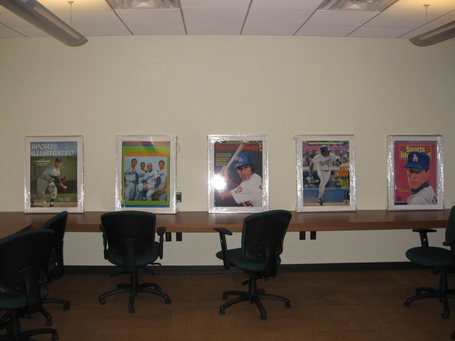 My personal favorite of this group is the August 5, 1985 issue, with Pedro Guerrero on the cover after the hottest stretch of his career. 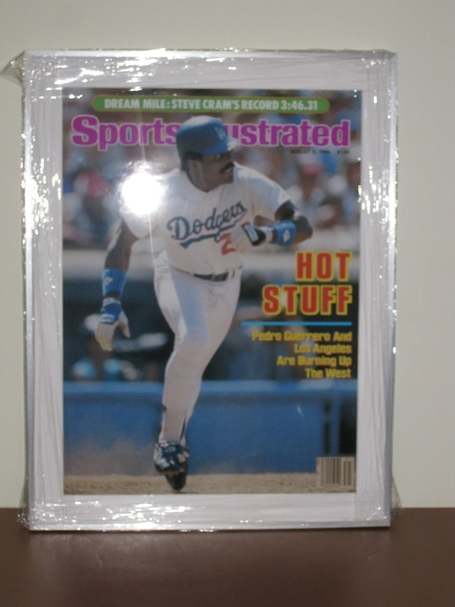 The clubhouse opened at 9 a.m. MT, which allowed us to not only talk to six of the eight starting pitchers in camp, but also see this new photo right in front of the players' entrance. 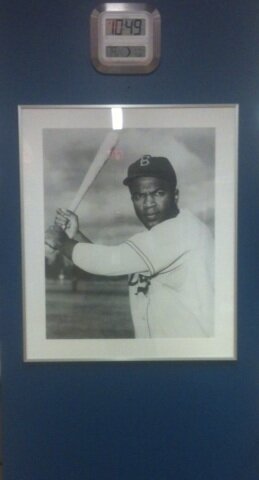 The new coat of blue paint is all over the Dodgers offices (though not yet the media room), which as a Dodgers public relations person noted was just like the club's new "A whole new blue" marketing campaign for this season.

Anyway, after a day of realizing that going from four months with almost no transcribing to day full of it is a shock to the system (cry me a river, I know), here are some miscellaneous notes from the first day at Camelback Ranch: