The outfielder has impressed in the early stages of his first big league spring training camp, but the Dodgers are in no hurry to bring Puig to the majors.

One of the first things noteworthy about Yasiel Puig when seeing him up close is his size. The Dodgers list the 22-year-old Cuban outfielder as 6'3, 215 pounds, but in proximity looks more like an NFL linebacker. The other thing that is evident is his raw talent. But despite their $42 million investment in him, don't look for the Dodgers to rush him to the majors anytime soon.

With Matt Kemp and Carl Crawford both coming back from surgery, and both expected to miss at least the first week of spring training games, there will be ample opportunity for Puig to showcase his skills during Cactus League games. But there is almost zero chance if him making the opening day roster, even if Kemp and/or Crawford aren't quite ready for opening day.

Mattingly did say if Crawford wasn't available for opening day, he would likely use a platoon of Jerry Hairston Jr. and Skip Schumaker in left field. 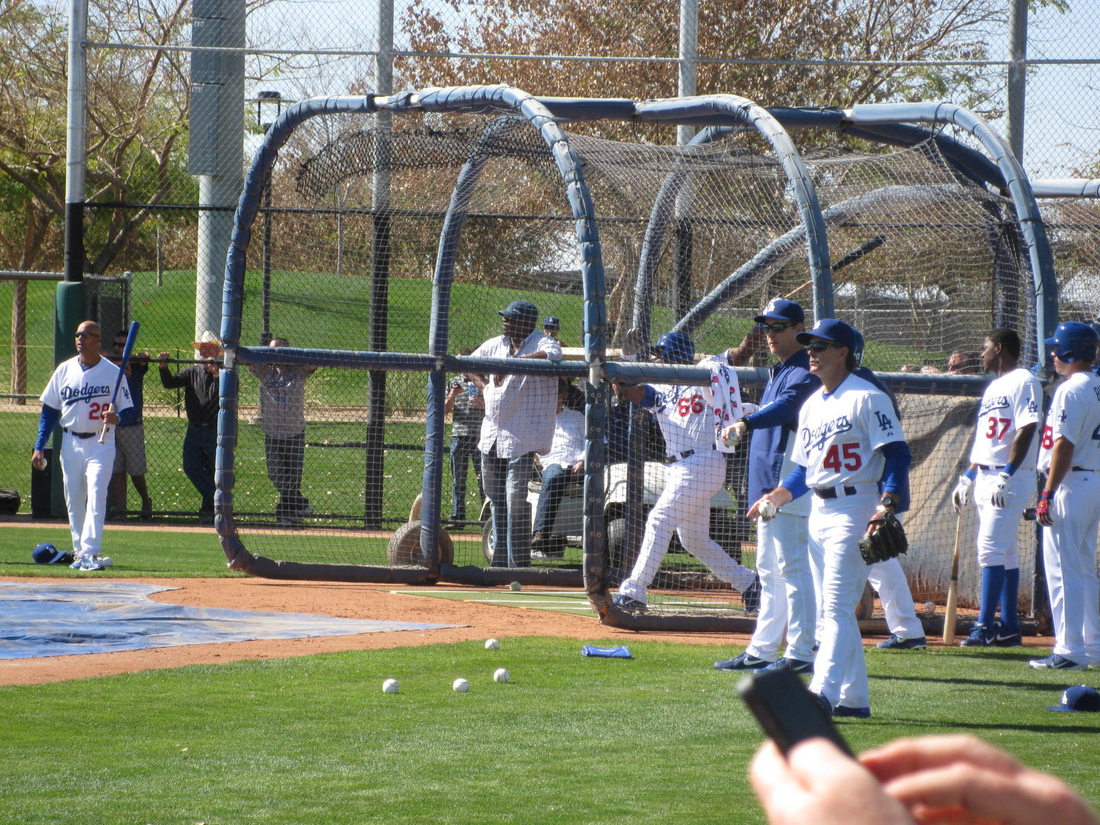 "Puig basically hasn't played a whole lot, and he was banged up when he did play. He was in Puerto Rico, which was basically a High-A, maybe Double-A winter ball situation," Mattingly said on the first day of camp, on Feb. 12. "I'm looking forward to getting to see him play, to see where he fits in. He's on our roster, so we'll see what he looks like. I really can't honestly say I'm looking at this guy walking away from camp with us."

After a week, Mattingly has seen Puig play, including hitting a few long home runs during live batting practice on Sunday. Puig also hit a few line drives to the outfield so hard that pitchers Chris Capuano and Chad Billingsley, while shagging flies, scrambled to get out of the way.

"He's hitting them too hard," yelled Capuano from left field.

Puig deposited the next pitch well over the wall in Field 1 at Camelback Ranch, the Dodgers' main practice field. The ball landed somewhere near the Dodgers' minor league complex. But Mattingly on Monday was cautious when evaluating the raw 22-year-old.

"I'd like to get excited, but in BP there are a lot of guys hitting a lot of bombs," Mattingly said. "We'll get a chance, we're going to get a chance to see him. Obviously there is a lot of power."

Puig didn't play organized baseball for nearly a year and a half before making his minor league debut with the Dodgers in 2012, and Mattingly said there will be goals for Puig this spring other than making the club.

"This camp for him is really an introduction, to get around guys and see how it works, hopefully get him comfortable," Mattingly said. "You have number (66), chances aren't real good. I don't say that in a bad way. It's one of your first times. You're not there to make the club. You're there to learn and get better, and be around those guys."