Crawford continued his rehab from elbow surgery by taking swings for the seventh time in eight days, this time against live pitching in an exhibition game.

Carl Crawford played in a game on Thursday against live pitching at Camelback Ranch. Sure, it was a minor league game against Meiji University from Japan, but it was a step in the right direction for the left fielder in his recovery from Tommy John surgery on his left elbow.

It was the first in-game action against live pitching as a Dodger for Crawford, who had a double, two singles, and a walk in his six plate appearances. 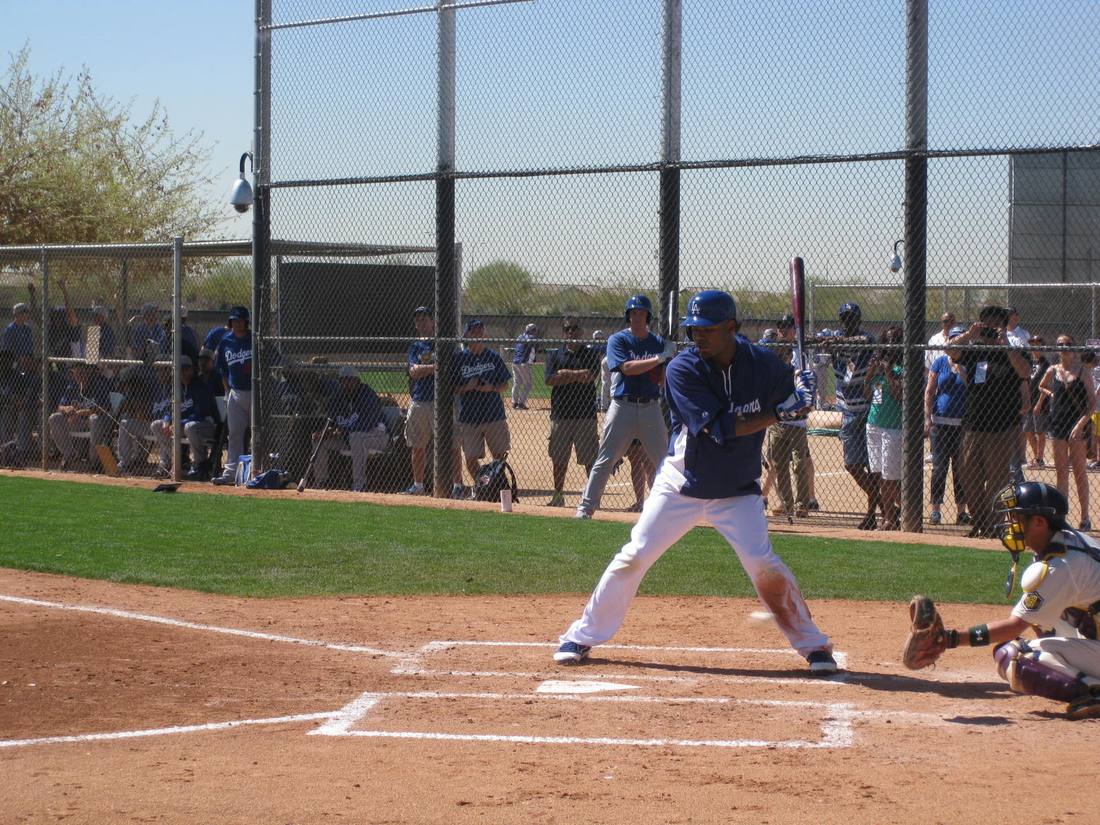 Crawford previously faced live pitching in batting practice on Feb. 25, but soon after reported minor nerve irritation in his left forearm and was shut down for a week. Crawford has been limited to hitting only since his Mar. 7 return to batting practice, and came out of Tuesday's session against Dodgers pitchers Kenley Jansen and J.P. Howell without felling any pain or discomfort.

"It kind of tells us it wasn't the hitting as much (that caused the previous nerve irritation, unless he really did too much. Carl kind of has a tendency to overdo and overwork, so we kind of have to pay attention to him and harness
him back a little bit," manager Don Mattingly said on Thursday morning, before Crawford batted against Meiji. "It tells us we don't really think X amount of hitting had anything to do with it. Maybe the combination of hitting and throwing and everything together could have. But I think it's a positive for us today that he feels good."

The status of Crawford for opening day is still unknown, but given the slow pace at which his rehab is progressing it seems unlikely he's be ready to play in a real game on Apr. 1. But perhaps if given enough at-bats on the minor league side to catch up, in a controlled environment, Crawford might have enough time to get ready for opening day.

The controlled environment on Thursday allowed Crawford to bat every half inning, including for both teams, lineup orders be damned. After striking out in his first at-bat on the Dodgers side, Crawford's second at-bat came for Meiji. Dodgers minor league pitcher Sean White gave up a hit to Crawford, in his blue Dodgers warmup, that went for a double. Once Crawford reached second base, the Meiji dugout realized it was for them and erupted suddenly in cheers, providing a nice moment of levity on a hot day at Camelback Ranch.