Greinke last pitched in a Cactus League game on March 1.

Zack Greinke returned to the mound on Sunday morning, as he threw 45 pitches in a bullpen session at Camelback Ranch, the first time he pitched off a mound in nine days. The bullpen session, just as Greinke's two days of playing catch Friday and Saturday, was pain free for Greinke, who was diagnosed with right elbow inflammation a week ago.

"I guess I could have something, but I'm assuming it's going to fine to be on track to do whatever, but I don't know for sure," Greinke said.

What's next for Greinke is known but hasn't yet been revealed by either Greinke or manager Don Mattingly, though it seems likely he would pitch in a game at some point within the next week.

"I probably threw a little more (than expected). I felt good. I was working on stuff, and trying to make sure I'm ready for a game," Greinke said. "I'm just trying to get ready. I don't think about it as a rehab."

Mattingly earlier on Sunday said getting Greinke through the bullpen session was first priority, and a needed step before determining his next step. 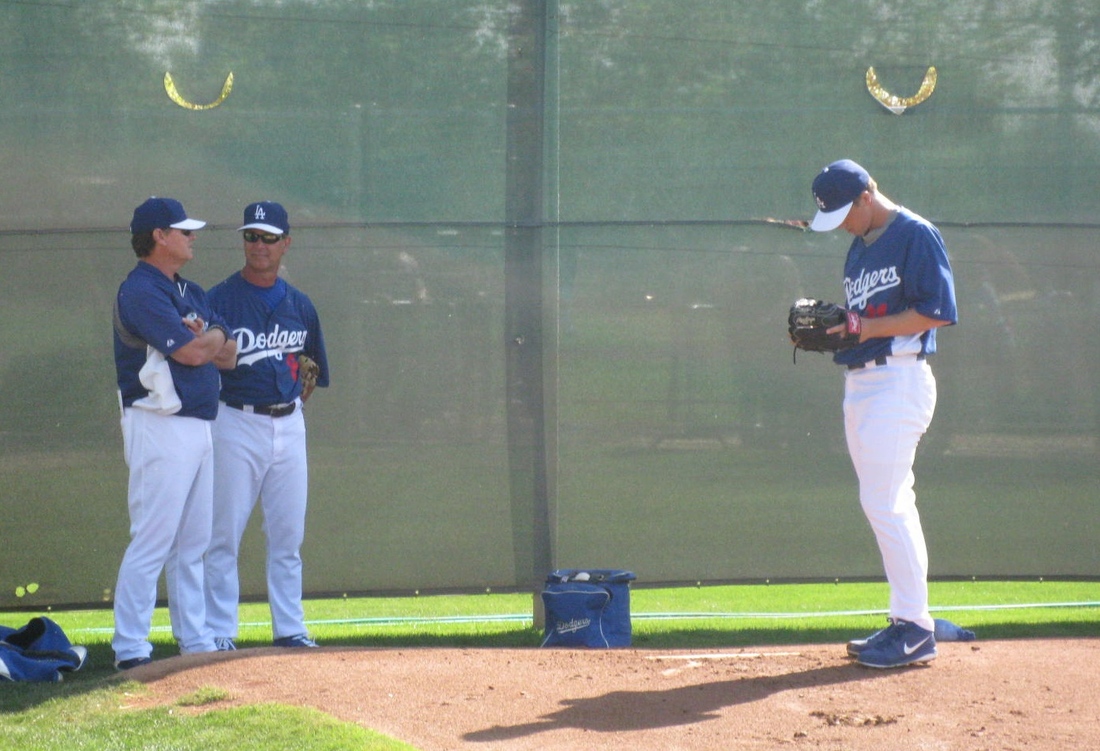 "We'll see how he comes out of this, that's the big thing. From there, I know we have some ideas, but first we have to get out of this," Mattingly said. "Then we can pretty much lay it out for you after that."

I speculated Saturday that Greinke could start Wednesday, which would put him in line for his first regular season start on Apr. 5 against the Pirates. At any rate, Greinke wasn't concerned about being able to start the second game of the season, Apr. 2 against the Giants, as was originally scheduled.

"I'm just doing what's laid out, to give us the best chance. On our team we have other starting pitchers, and we have to be ready. They're going to weigh all that in," Greinke said. "I just want to do what's best for the team. It's not important what day."