In the road half of today's split-squad games, Ted Lilly was ineffective while the Dodgers mustered nearly no offense against Arizona pitching. However, Matt Kemp did hit his first spring home run.

Ted Lilly was scheduled to be limited to 50-60 pitches, and he "would like to have gotten into the fourth inning", as he stated after his outing, for today's split-squad road game with the Arizona Diamondbacks. He got those pitches to last only two-plus innings however, as the green-capped Dodgers fell 9-1 in front of a house record 12,809 fans at Salt River Fields at Talking Stick on St. Patrick's Day.

Lilly has endured a challenging spring, with a start missed because he had the flu, another start shortened with rain and hail delays, and then a "start" in relief of another starter his last time out.

Nonetheless, Lilly, when asked after his outing Sunday if his remaining three starts do allow him enough time to be ready for the opening-day rotation, replied, "I should be able to [be ready], yes; [it's] just a matter of pitching well. That's what I need to focus on, making quality pitches." 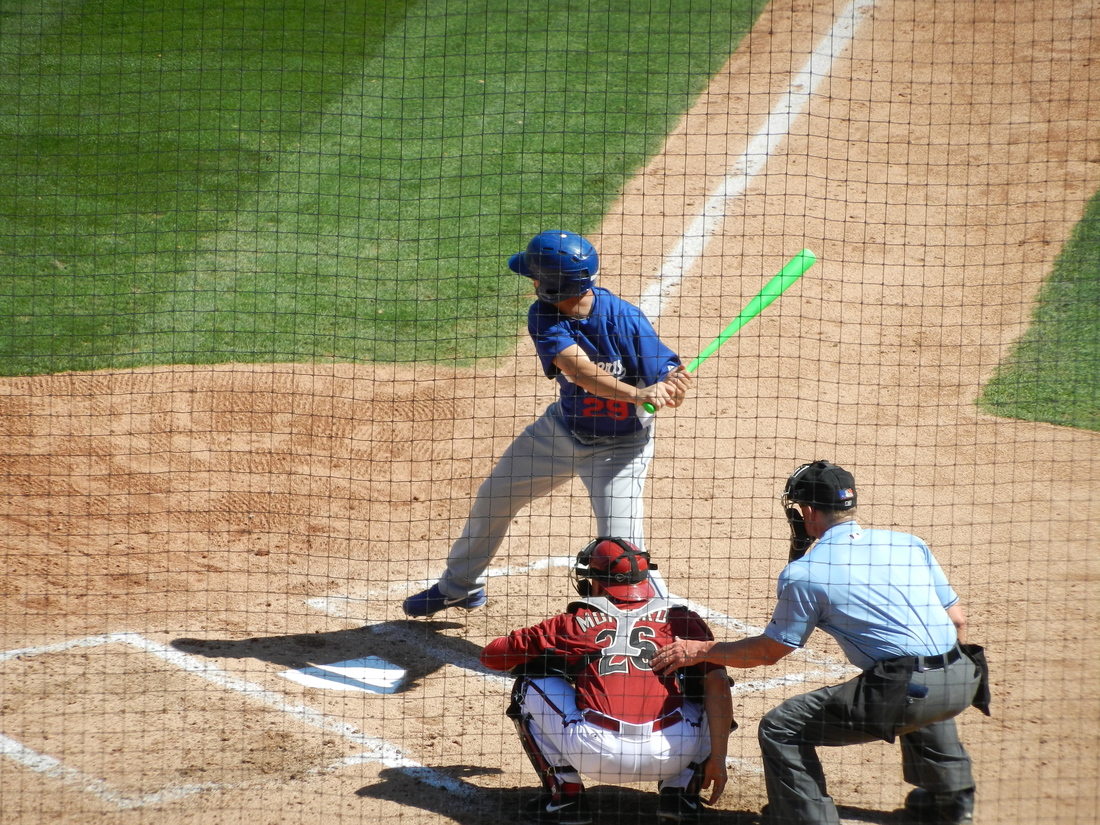 That's not what happened in the third inning when Lilly, who termed his command "suspect", faced five batters in the third and they all reached base safely to end his day. He wound up being charged with five earned runs on the day, as he allowed five hits and walked three, while striking out two.

Still, Lilly is confident he'll be ready for April. "I'm still not happy with the way I threw the ball," he said in the clubhouse. "At this point I don't think my stuff is as good as it can be, but I definitely believe it will get better."