The Dodgers' ace is one of six different pitchers on regional covers for the annual baseball preview issue.

Clayton Kershaw made his very first Sports Illustrated cover this week, as he adorns the cover of the annual baseball preview issue. Actually, Kershaw is one of six pitchers to grace the regional covers this week, joining Stephen Strasburg, David Price, Justin Verlander, CC Sabathia, and James Shields. 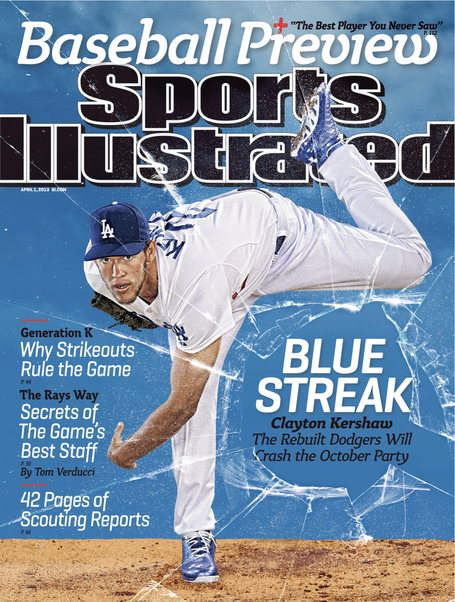 The Dodgers are predicted by SI to finish second to the Giants in the National League West, but as one of the two wild card teams, along with the Braves. Of the Giants, a rival scout told SI, "Their obvious strength is the rotation with Matt Cain, Madison Bumgarner, Ryan Vogelsong, Tim Lincecum and Barry Zito. But their depth beyond that is a concern if someone goes down."