The Dodgers play their final home game of the Cactus League on Tuesday night as they host the Rockies at Camelback Ranch.

Share All sharing options for: Dodgers vs. Rockies starting lineups

The Dodgers finish off the home portion of their Cactus League schedule on Tuesday night as they host the Rockies at Camelback Ranch. Aaron Harang gets the start for the Dodgers, facing old friend Jon Garland and Colorado.

The Dodgers are 8-5-2 in their previous 15 games as the home team and Camelback Ranch, and also tied the White Sox here is the road team on Feb. 24. In addition, the Dodgers beat Team Mexico 10-6 in an exhibition on Mar. 6, prior to the World Baseball Classic.

Prevalent in the Dodgers clubhouse on Tuesday was the 1988 World Series trophy, prominently on display for all to see, in the 25th anniversary of the Dodgers' last appearance in the Fall Classic. 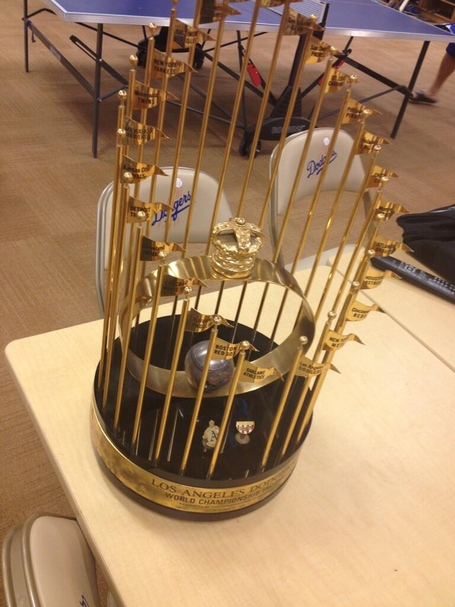