Dodger Stadium upgrades unveiled as they are finalized

The massive Dodger Stadium offseason upgrades, which cost well north of $100 million, get their first dry run on Friday night against the Angels. Now it's just a matter of making sure everything is finished.

Share All sharing options for: Dodger Stadium upgrades unveiled as they are finalized

The Dodgers will host the Angels on Friday night at Dodger Stadium, but it will be less about the Freeway Series and more about the stadium getting a dry run through on all the new bells and whistles before opening day.

The first image I saw in person of the new scoreboards was a soap opera, which was a bit disappointing though the high definition was pretty amazing. 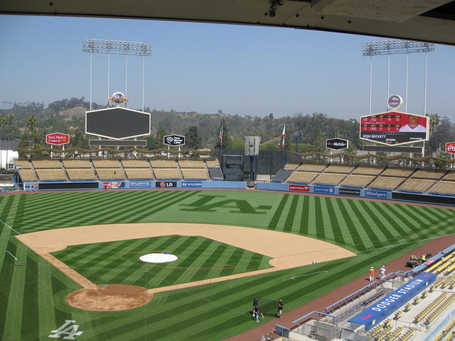 I generally sit near organist Nancy Bea Hefley, who sits near all the sound and video crews, now in expanded and upgraded areas 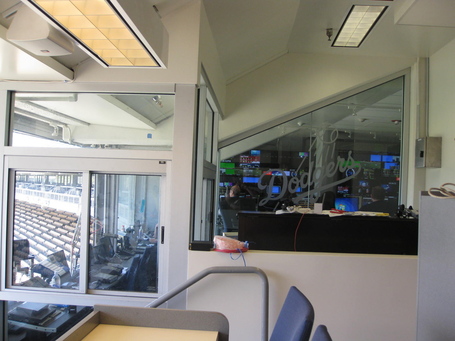 The chairs in the press box were upgraded too 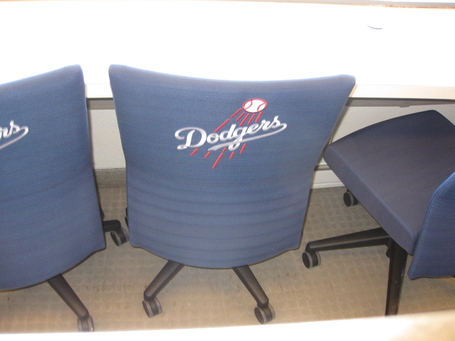 There were finishing touches being added to the bullpen just this afternoon. 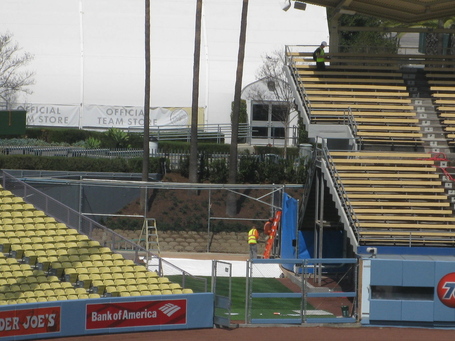 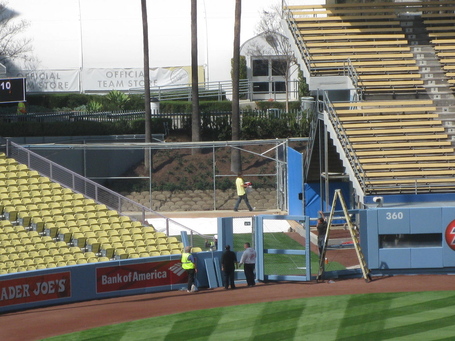 The Dodgers also unveiled their upgrades to the stadium today.

"The upgrades were designed with particular emphasis on the Top Deck and Reserve levels and outfield pavilions that had been essentially untouched since the stadium first opened," CEO Stan Kasten said in a statement. "Our goal is to provide the most pleasurable experience from the time fans arrive at the stadium until the time they depart, ideally after a Dodger victory."

Here is a list of the upgrades to each section:

Top of the park

-- Expanded concourse area with enhanced views of the downtown skyline

-- All new and enlarged restrooms, including a family restroom

-- Entry gates extended out 30 feet to enlarge the concourse. Each gate will feature some special Dodger memorabilia, including oversized baseballs autographed by winners of the Cy Young Award and life-size bobbleheads featuring uniforms worn by the Dodgers through the decades.

-- All restrooms enlarged. Family restrooms added along with water fountains.

-- Kids play areas on the first-base and third-base side

-- The United Suite Concourse houses a display of Dodger yearbook covers, media guide covers and other team memorabilia. The Los Angeles Dodgers Foundation baseball display was relocated from the breezeway lobby reception area by the Dodgers’ office to outside the press box. A new display of team media guides was created in the lobby area

-- Wider concourse, drink rails and additional locations for wheelchair-bound fans and their companions

-- Reduced number of Prime Ticket Club seats along foul lines to improve sightlines (from 1066 to 640), with wheelchair positions on the front row. As a result, there will be an additional six feet of foul territory on left field and right field foul lines

-- In both left and right field, new and larger restrooms were created more conveniently located under the pavilions. Picnic areas were added.