The Dodgers averaged just 3.58 runs per game in 2012 after the trade with Boston, despite having four former All-Stars in the middle of a retooled lineup.

Much of the talk this spring has centered around Hanley Ramirez, specifically his defense at shortstop. But his offense will be of paramount importance to the Dodgers, and he is just part of the heart of the order that will need to produce in order for the team to contend in 2013.

"Hanley looks good. We've seen a little more control of the leg kick. We've already seen him shoot a bunch of balls the other way," manager Don Mattingly said. "I feel better all the way around with Hanley." 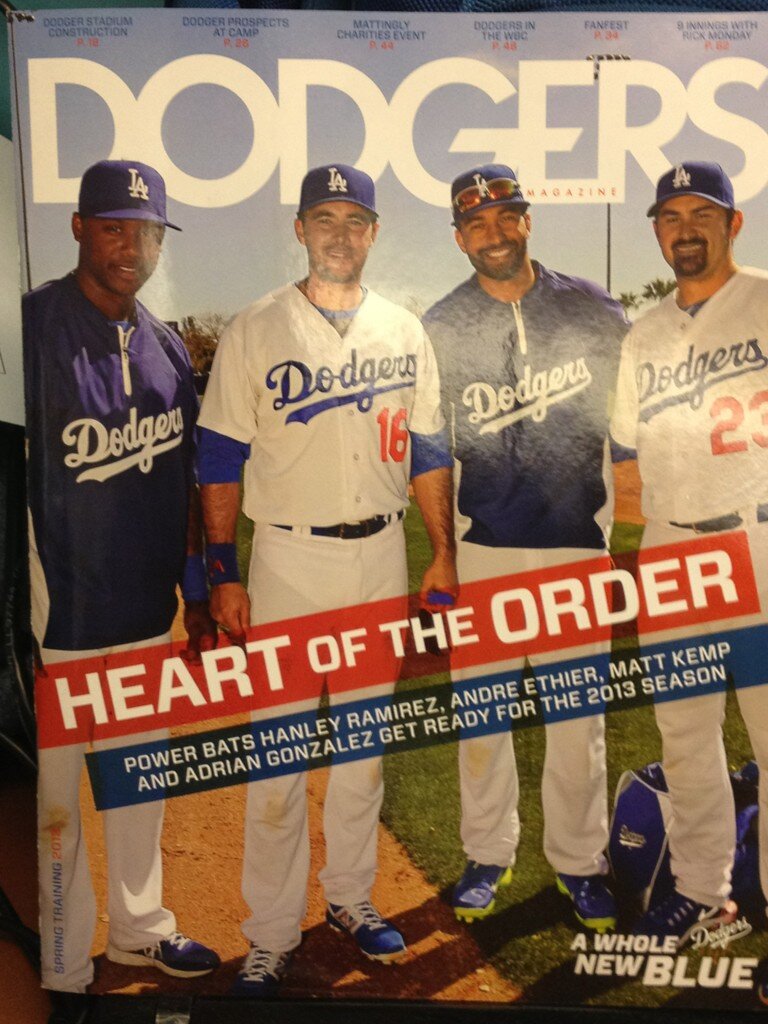 "I talked to him last year. I know how good this guy is, and hitting .250 just isn't good enough for Hanley Ramirez," Mattingly said. "His swing seemed really big last year. He hit 24 home runs last year so he wasn't terrible, but we're just asking for more. If he'll take his hits, which is what he's doing right now, he's going to drive in more runs and hit more homers. He's going to be shorter all around, he's going to be more productive than hitting .250 and driving in 90."

But Ramirez isn't alone. He joins Matt Kemp, Adrian Gonzalez, and Andre Ethier as a foursome that was anything but fearsome after the trade with the Red Sox on Aug. 25. The Dodgers averaged just 3.0 runs per game in the first 28 games with their revamped offense, and went 11-17 during that stretch.

The Dodgers rebounded for seven wins and 45 runs in their final eight games, but it was too little, too late as they finished two games behind the Cardinals for the second wild card spot in the National League.

"We feel like they all have to get on base for each other," Mattingly said. "Last year I think they were all better with men in scoring position than they were without."

But Mattingly's point was that the team was trying too hard individually without relying on the others.

"There are times you have to be on base for everybody too. You can't just try to drive in every run. If you're swinging at bad pitches every time, that's just not going to work for us. We've got these kind of guys in the lineup, but you've got to walk too" Mattingly said. "Sometimes you've got to be the guy that gets driven in. You can't always be the guy that drives in runs."

A healthy Kemp will be a big part of whether or not the offense will thrive in 2013. Coming off of surgery on his left shoulder, Kemp was 0-for-3 as the designated hitter on Sunday in his second game played so far this spring. He narrowly missed a home run to right-center field in the third inning, but the fleet-footed Michael Bourn tracked it down for the out.

"If I set a tone, everybody else will follow," Kemp told reporters on Sunday, per David Vassegh of 570 Fox Sports LA radio.

Following means discipline, even if it means taking a walk and letting the next hitter in the lineup try to drive in the run, per Mattingly.

"Each guy still has to do their part, and sometimes that's walking. Hopefully we learned our lesson last year. We weren't a very good offensive club," Mattingly said. "Granted, it's 35 days and we did get a little better at the end, but we know we've got to be better than that."